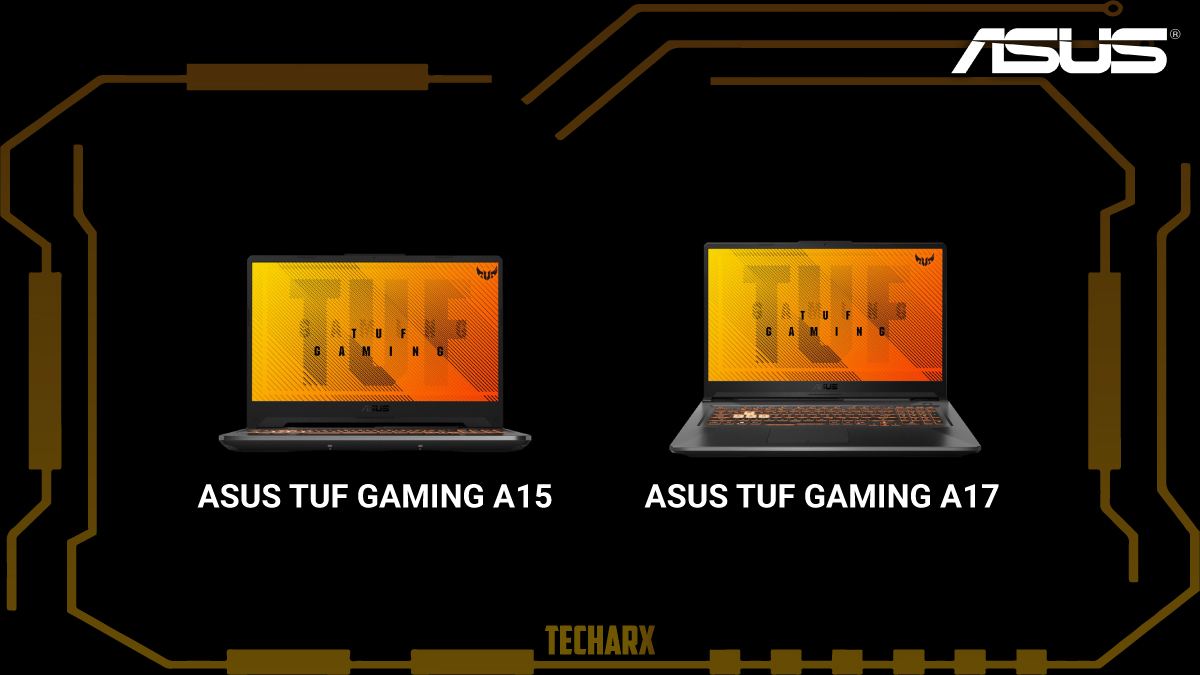 FIREPOWER FOR ANY TASK :

Armed with the strength to tackle any situation, the TUF Gaming A15 and A17 deliver dependable performance for gaming, streaming, and everything in between. Up to a nimble 8-core AMD Ryzen™ 4000 Series Mobile Processor can activate as many as 16 threads to power through serious multitasking. Paired up with a GeForce® GTX 1660 Ti(A17) or GeForce® RTX 2060 (A15 only) discrete GPU, both laptops can pump out reliably high frame rates in a wide range of popular games.

Demanding games and apps load faster on the nimble NVM Express® (NVMe®) SSD. With up to 1TB of storage, this superfast PCIe® drive offers plenty of space for massive game files, multimedia projects, and media. Speedier load times across your program library means less time spent waiting and more quality time for work and play. Backing up the faster PCIe SSD, the TUF range also features a standard 2.5” HDD slot, offering up to 1TB HDD in some models.

*On models with NVIDIA GeForce® GTX 1660Ti and above there is an additional M.2 SSD slot which lets you easily upgrade your storage to carry more games and apps everywhere you go.

With support for up to 32GB of dual-channel DDR4-3200 memory, the A15 and A17 can handle everything from serious multitasking to multimedia rendering with speed. The high-speed RAM has the bandwidth to let you study, stream, and browse the web smoothly and simultaneously with greater overall performance than previous generations.

Two sleek looks give gamers greater freedom to show off their personal style. Choose between a stealthy and sleek Fortress Gray chassis or an eye-catching Bonfire Black design accented with a crimson stripe. The subtle honeycomb patterning around the base adds grip and echoes hexagon reinforcements around the chassis, while hairline brushstrokes across the palm rest keep it sleek and clean.

Two anti-dust tunnels located at the edges of the fans catch incoming dust and dirt particles and channel them back out of the chassis. These measures improve overall system stability by preventing build-up that can compromise the performance of internal cooling components. Self-leaning cooling ensures long-term system reliability that truly lives up to the TUF name.