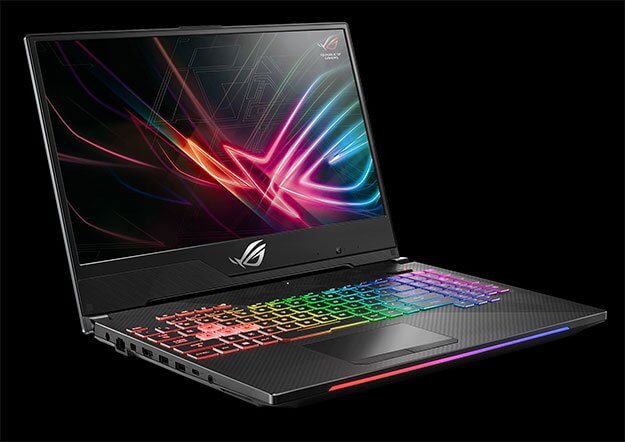 Asus unveiled a barrage of gaming peripherals and components at Computex 2018 where we have seen Asus’s enthusiast branding ROG, taking away the show almost. Just not only gaming peripherals and components we can see two gaming notebooks are already in the spotlight! Asus ROG has announced two gaming notebooks, the ROG Strix Hero II and Strix Scar II. These two laptops have beautiful specifications like it has been powered by an Intel Core i7 8th-generation CPU paired with Nvidia Pascal 10-series GPU targeting MOBA and FPS players.

Not like their predecessors, these laptops aren’t using TN panels anymore but a bigger IPS panel with a resolution of 1920 x 1080p and 144Hz refresh rate. Gamers who want to save a few bucks, for them there is a 60Hz option available for the Scar II. Asus claims the sRGB coverage is 100%.

The most crucial difference between in these two laptops is their GPUs. While the Strix Hero II, ROG has provided a GTX 1070 and Strix Scar will have an upgraded version of GTX 1060.

The Strix Hero II highlights the QWER keys for MOBA-oriented gaming, while the FSP-oriented Strix SCAR II marks WASD instead,