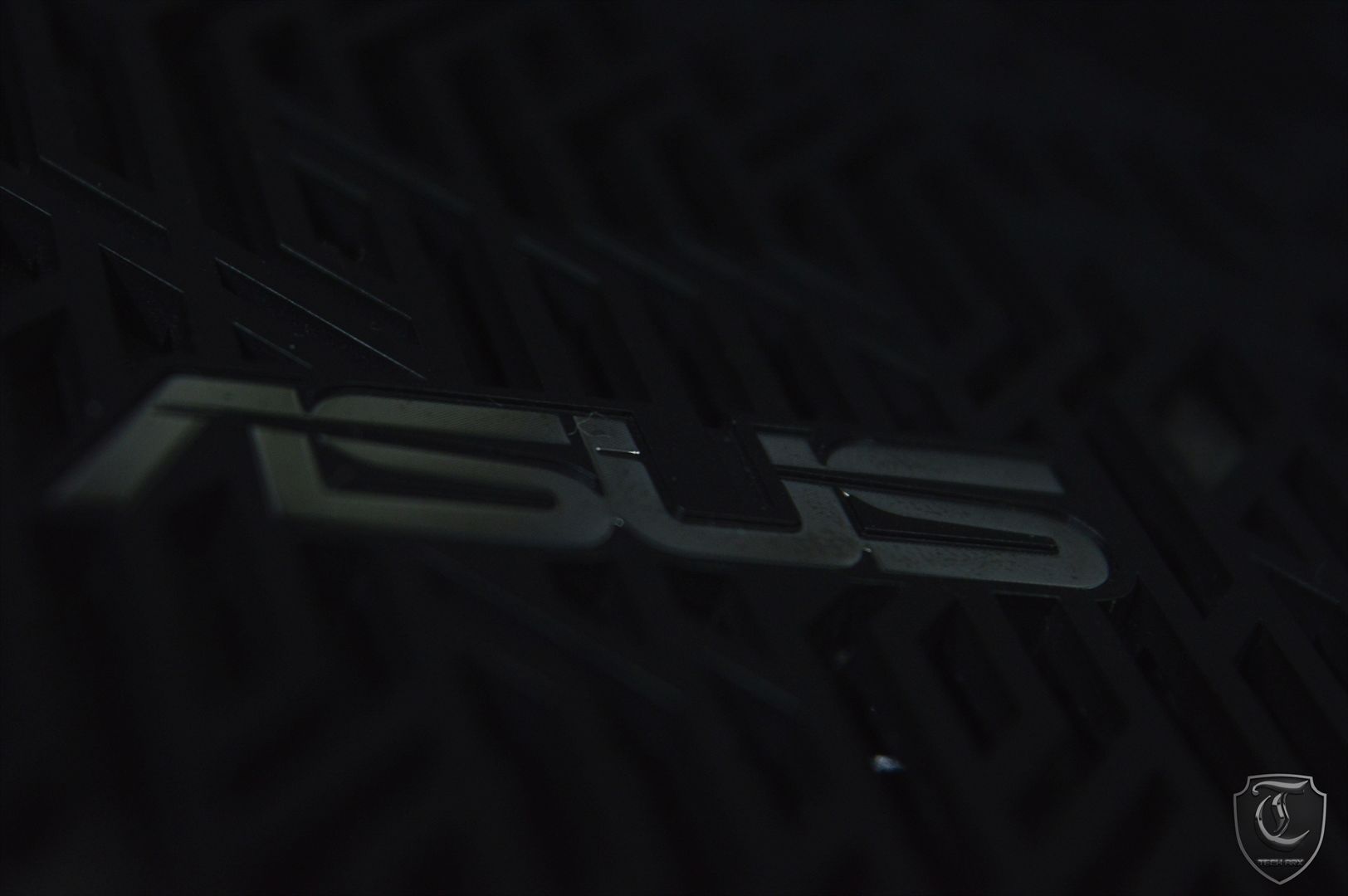 Last year, ASUS revealed a terrifying new addition to its ever-growing web of tri-band wireless routers, curiously named RT-AC5300 [Because just ONE AC-5300 wasn’t enough to scare the bejeebus out of the uninitiated]. The little black-and-red,eight-legged insectoid promises support for the latest consumer networking standards, and utilizes Asus’ WRT firmware.

Aesthetically, the black frame, accentuated by a narrow red line along the edges, is more scary than sleek. For low thermal spikes, the router ships complete with a mesh surface, with what appears to be ventilation on the underside. Additionally, the kit packs five gigabit Ethernet ports — with up to two eligible for WAN configuration — alongside a single USB 3.0 port, a USB 2.0 port, and physical WPS, Wi-Fi, and LED power buttons.

Oh and it’ll crawl into your bed when you’re not looking, and steal your soul. This all out, premium router sports eight heavy duty appendages…erm..antennae, making it capable of 4 x 4 MU-MIMO wireless coverage across not one,not two,but THREE bands; two 5GHz and one 2.4GHz. And,just like almost every other premium Asus router that’s meant to look as badass as can get, this cyborg arachnid will scare your dog’s whole ancestry.

Running a very competent Broadcom chipset, the RT-AC5300 bears 802.11ac support in addition to legacy support for N/G/B Wi-Fi standards. The twin, higher-powered, 5GHz bands facilitate speeds of up to 2,167Mbps while the 2.4GHz band caps out at 1,000Mbps. It’s a pretty high revision, considering most 5GHz routers can only reach 1,734Mbps while 2.4GHz bands mostly tap out before hitting 600Mbps. Using a piece of tech ASUS calls “Beamforming” [What the robot spider does is that it shoots you with laser webbing that melts steel beams faster than jet fuel], all three bands can be concentrated to run at the same time, resulting in an equivalent,or actually collective, speed of 5,334Mbps. Unfortunately, for anyone looking to take full advantage of all this juice, most devices connected to the router would be capped off at 2,167Mbps, although, the router can automatically adjust to the maximum speed of the device based on its unique capabilities and signal strength. As far as wired connections go, the RT-AC5300 boasts 4 1Gbps LAN ports, along with an 802.3ad link aggregation, allowing 2 of the 4 gigabit ports to produce a single 2Gbps connection to devices that support the standard, such as network attached storage, or NAS, as well as workstation PCs.Oh and it can kill birds by electrocuting them through the webbing. 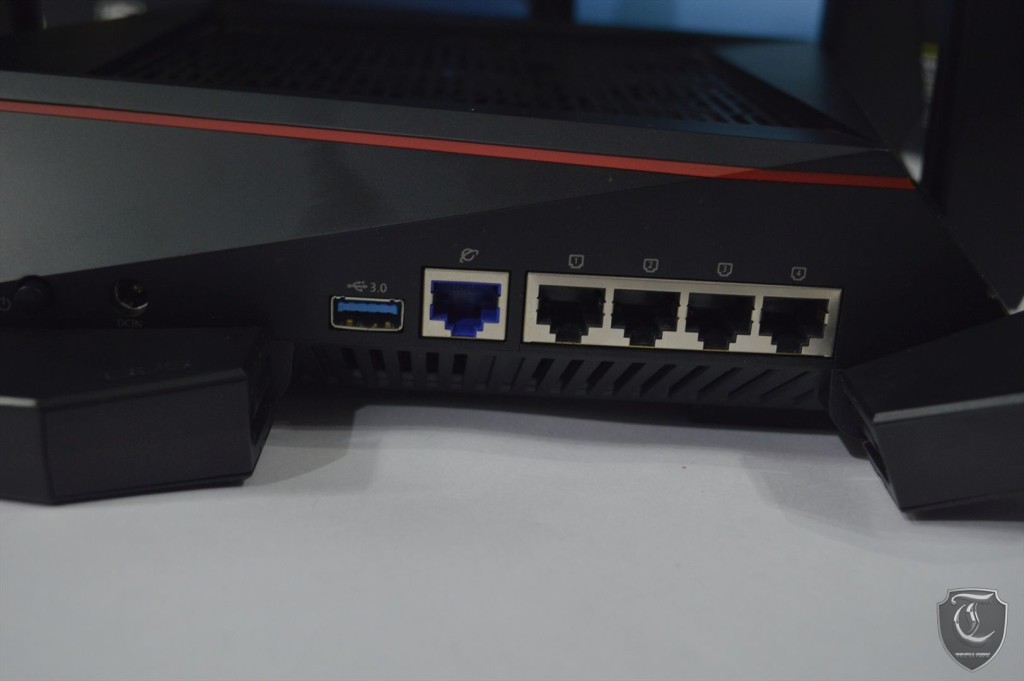 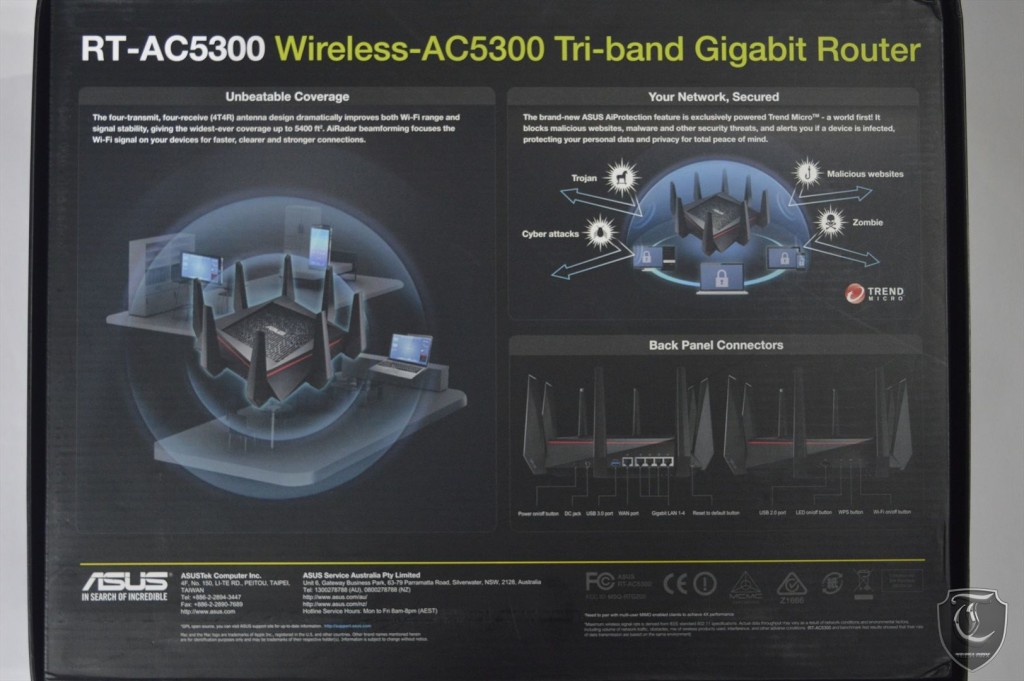 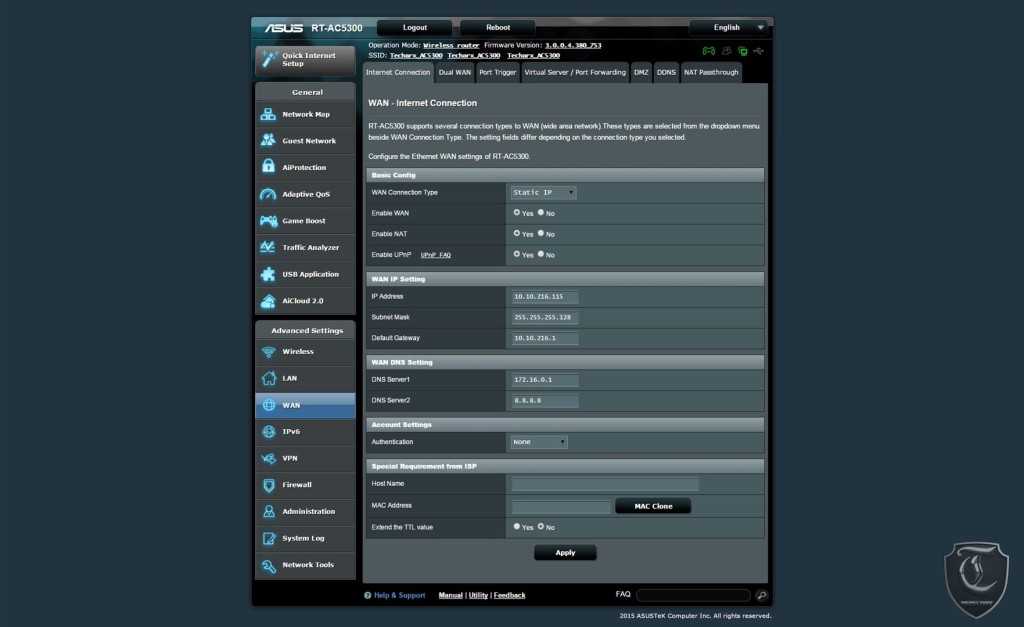 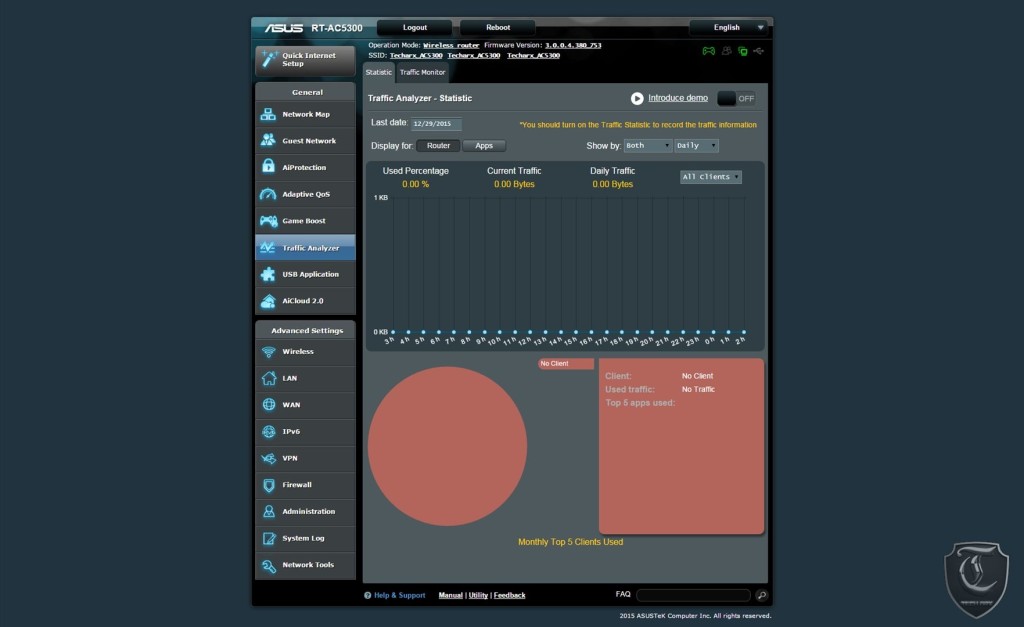 At 400$, the RT-AC5300 isn’t your average run-of-the-mill,premium router. It packs in even more technology to benefit in-house gamers who wouldn’t scoff at some good-ol’ high-definition streaming,and that’s not even the best part. ASUS promises a packaged WTFast GPN subscription, delivering lower latency and decreased pings for those delicate moments when you’d fail so hard at a headshot, 20ms would feel laggy. In all, this little technoarachnid is one mean piece of hardware that should ace even the most stringent tests one could come up with since it breezed through whatever we put it through.

Now only if we could afford one for our labs!