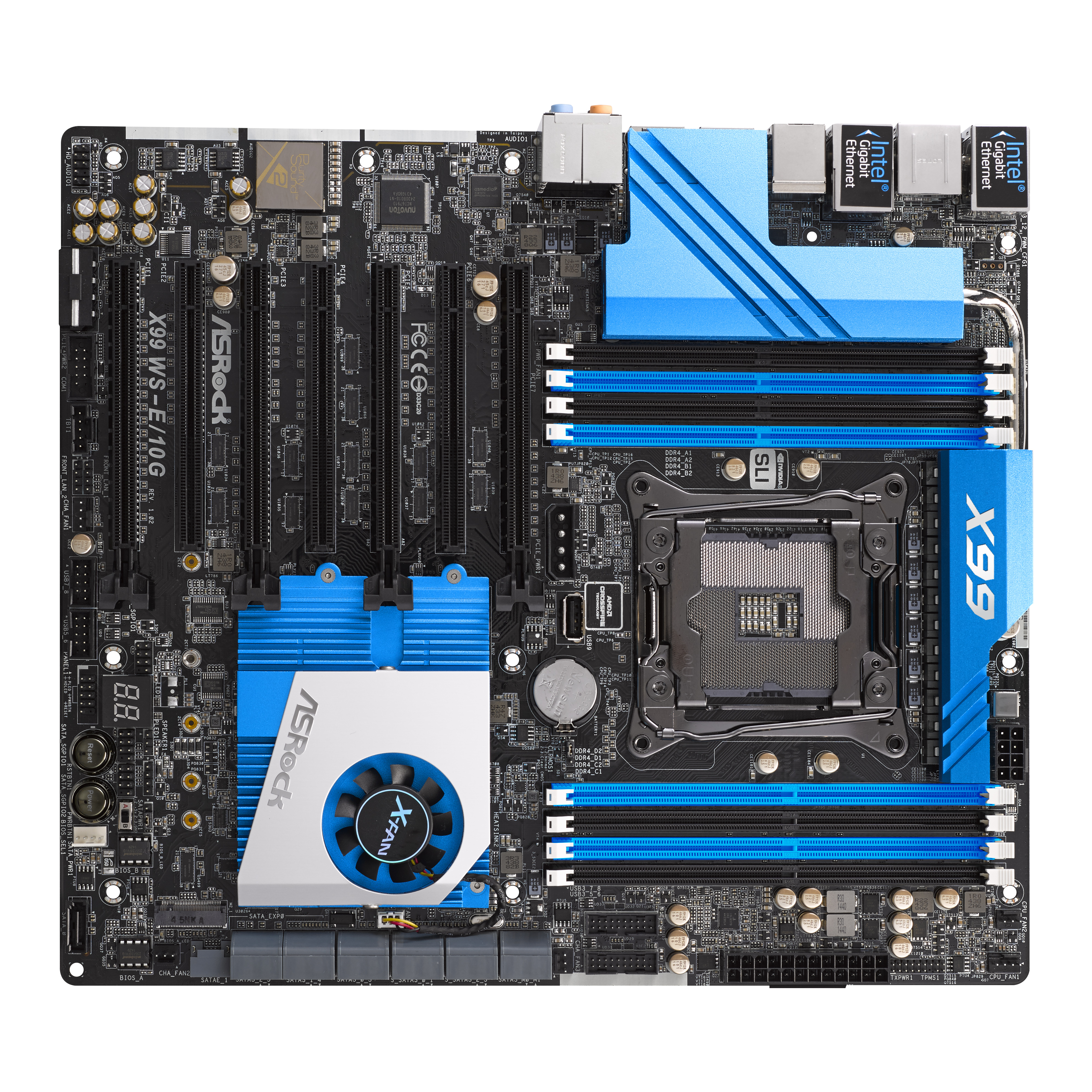 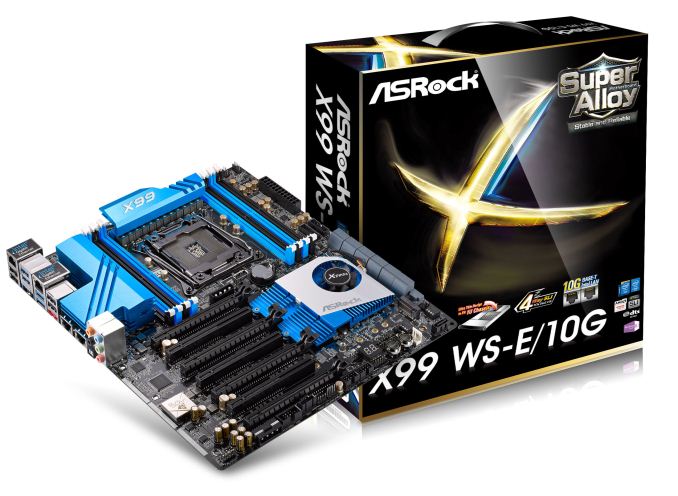 If this isn’t crazy, I don’t know what is. Today AsRock announced the X99 WS-E/10G motherboard, an upgraded version of their workstation oriented X99 WS. The naming should give it away: this motherboard comes equipped with Dual 10GBase -T LAN ports, powered by an Intel X540-BT2 chip. The 10GBase-T LAN ports allow for 10X faster bandwidth compared to normal Gigabit Ethernet, and while a normal consumer might find this overkill, prosumer market does have a growing demand for faster networking and this is an interesting alternative to buying a 10GBase-T card ($400-$800 depending on models), something which comes with the added caveats like the power consumption which requires either an active cooler or a passive plus good airflow to shift up to 14W, and bandwidth (PCIe 2.1 x8 for the X540-BT2, but can work in PCIe 3.0 x8 or x4 mode). 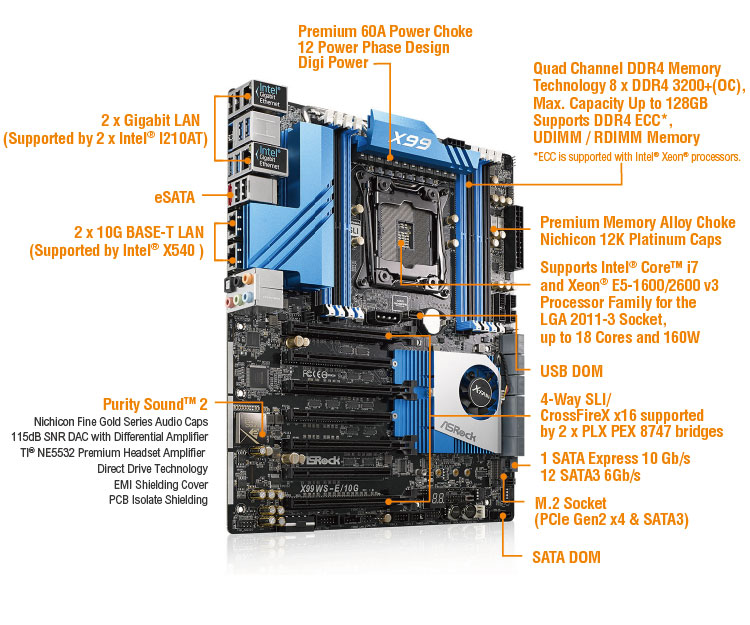 It also houses the dual Intel I210-AT Ethernet ports, making the total count to four (I210-AT was already present in the X99 WS, so it again makes an appearance here).  The four ports can be teamed for faster internal home/office networking speed (NOT internet speed). 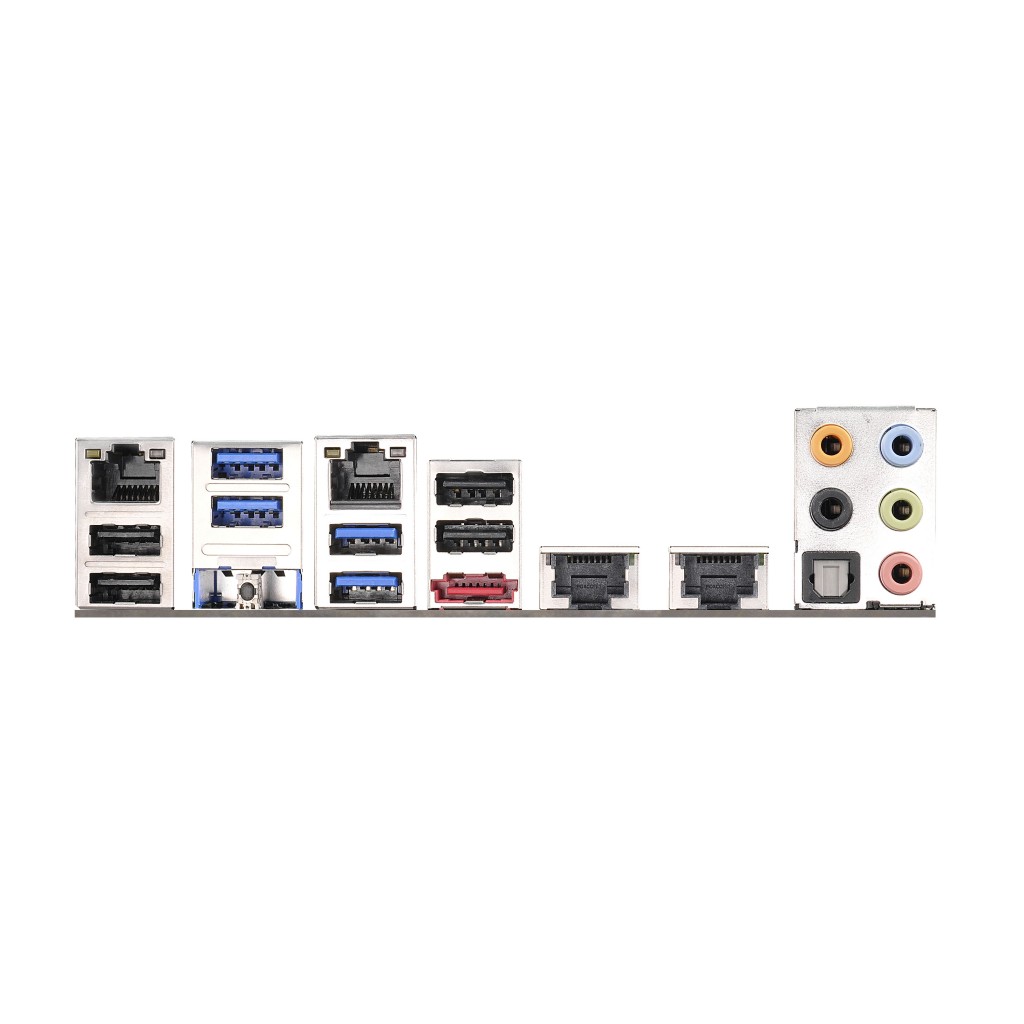 To compensate for the heat generation of the extra chip on board, the already huge heatsink is now connected to the top heatsink. The active fan remains to add extra cooling, since both the PLX 8747 chips are also under the same shroud.

The rest of the stuff is pretty similar to AsRock’s X99-Extreme11.  You get support for full bandwidth Quad SLI, x16/x16/x16/x16, or x16/x8/x8/x8/x8/x8/x8 if someone happens to have a lot of single slot cards available. The LSI SAS chip isn’t there, but you get 12 SATA3 ports, a SATA Express 10 GB/s connector, and a PCIe Gen2 x4 M.2 slot are on board. We also see the presence of an USB2.0Type-A connector in the middle of the motherboard for OS installation or dongle use when the motherboard is being used outside of a cabinet. Speaking of cabinets, the low-profile nature of the motherboard should make it a snug fit in most 1U server chassis.

We also get support for ECC memory modules, a RealTek ALC1150 codec-based audio solution, and eight USB3.0 ports. Pricing isn’t out yet, but based on the stuff on board, this is going to be a very, very expensive board. Expect to shell out upwards of $900 for this.