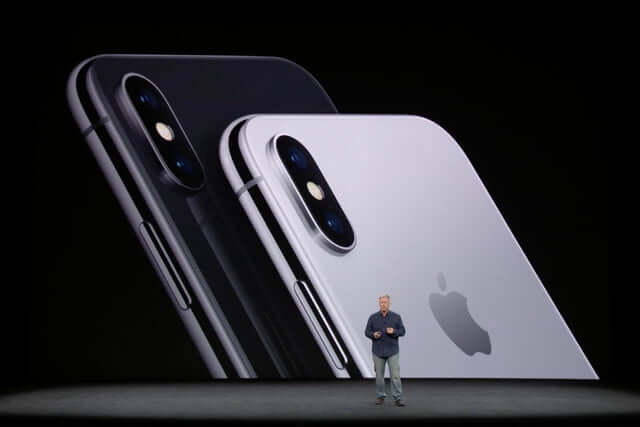 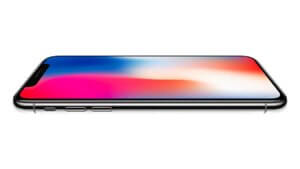 Finally, Apple comes up with he state of the art “all screen” device and they named their flagship phone iPhone X. iPhone’s 10th anniversary was made memorable by this Announcement at an event in the Apple campus in the Steve Jobs Theatre by Tim Cook. The iPhone X or the iPhone “ten”’s main attraction is the 5.8-inch OLED display which they are calling Super Retina Display. This display with a resolution of 2436 x 1125 pixels is loaded with Dolby Vision and HDR10 support for stunning video playback. The phone sports a surgical grade stainless steel build, and glass on the rear panel. It’s water and dust resistant, and available in space grey and silver.

This is the first time Apple has gone button-less in the front panel claiming that the device intuitively responds to multiple gestures for navigating across the all new ios. One can either swipe up to reach the home screen, or can use raise-to-wake, or tap on the screen to get started. These features work throughout the operating system for fluid gesture based navigation 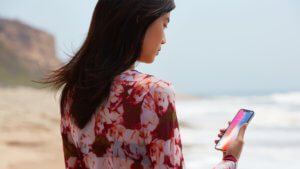 One of the greatest head turning feature of this phone is Face ID – a genuine facial recognition technology. It works using the TrueDepth camera system, hidden in the notch at the top of the display. Glance at the phone, and it illuminates your face ready for an infrared camera to identify it. It even works in the dark. Using the A11 Bionic chip, a neural engine processes the image in real-time, and has been built specifically for mathematically mapping the shape and contours of your face. Apple claims that their facial recognition employs machine learning and is not affected by any change in physical appearance. So even if you wear a hat or grow a beard, your faithful device will always recognize you. It works with Apple Pay and for that matter with any existing Apple application that could be authenticated with touch id. 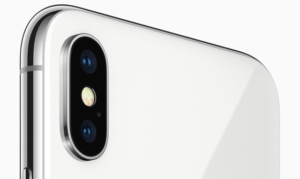 Talking about the camera, the iPhone X sports a dual-lens 12-megapixel rear camera, with dual optical image stabilization, made up of a wide-angle f/1.8 aperture lens and a telephoto f/2.4 aperture lens. The 7-megapixel front shooter has a new portrait mode with auto image stabilization and exposure control. Bothe the cameras are capable of augmented reality features due to the A11 bionic chip. 4k resolution movies can now be played at 60fps and slow motion at 240fps.

The device houses the 64-bit A11 Bionic chip processor and a three core GPU that is 30 percent faster than the existing unit. The phone is enabled with wireless charging and the battery is capable of providing 2 hours of more juice than the iPhone 7 plus.

Finally, the price verdict. The iPhone X comes in a 64GB or256GB variant with the first costing Rs89,000 and the latter, a whooping Rs1.02 lakh. Why the device is so expensive maybe explained by the powerful features it packs in. The device will be available for grabs when the sale starts on 29th September.