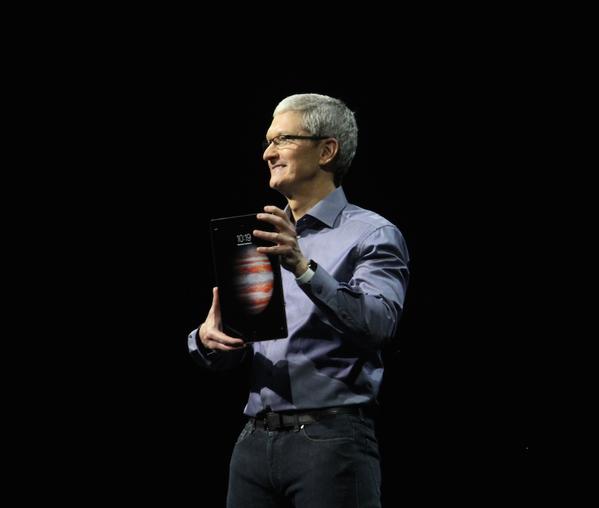 Apple has launched its newest entry into the iPad family , The Ipad Pro at Apple’s Hey Siri event. 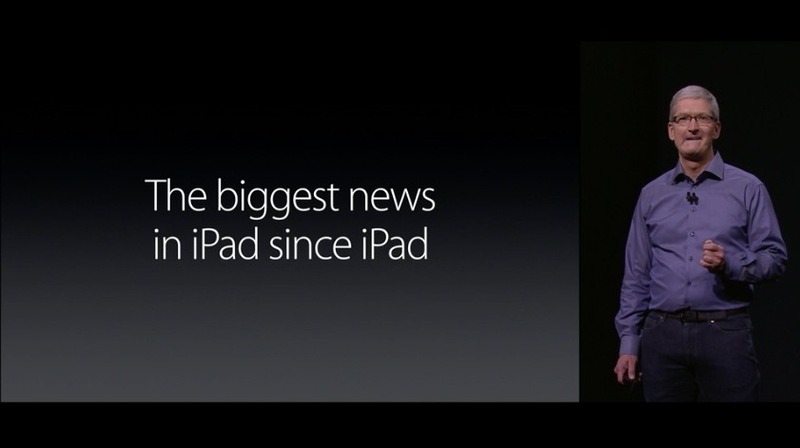 Sporting a 12.9-inch screen , the iPad pro has a resolution 2732 x 2048 pixels with 5.6 million pixels and takes advantage of the split screen features of iOS 9.

On the inside it has a 3rd-generation 64-bit A9X chip which Apple claims is 1.8 times faster than the previous chip it replaces. “Our chip team is just on fire,” says Schiller. Graphics on the iPad Pro have doubled in terms of performance, so it’s clearly going to be a fast device for games and productivity apps. “It is faster than 80 percent of the portable PCs that shipped in the last 12 months,” claims Schiller. “In graphics tasks it’s faster than 90 percent of them.” 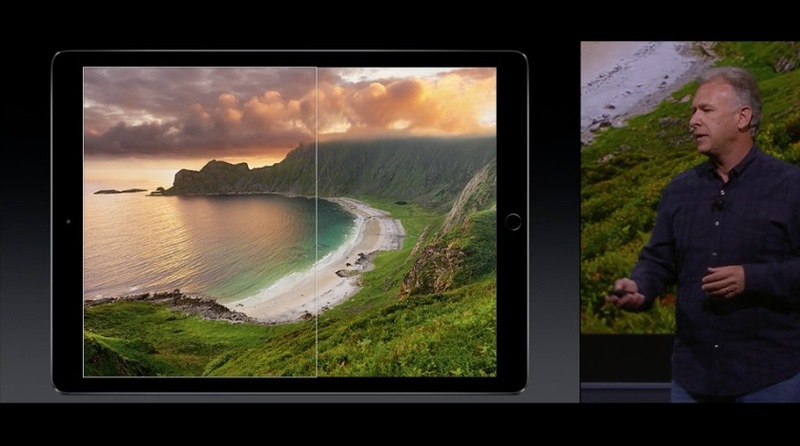 “It can do things that a smartphone doesn’t do because it doesn’t have to sit in your pocket,” says Apple’s Phil Schiller. Apple is using the same technology from its iMac with Retina 5K display to bring the iPad Pro pixels to life. “For the first time in an Apple display, it has a variable refresh rate,” explains Schiller. This means Apple can slow the display down and save battery.

Apple also launched a Smart Keyboard for the iPad Pro. “This is unlike any keyboard you’ve ever used before,” says Schiller.

Apple also has an Apple Pencil stylus. When using the Pencil, the iPad Pro increases the amount of scanning on the surface of the display to improve accuracy. 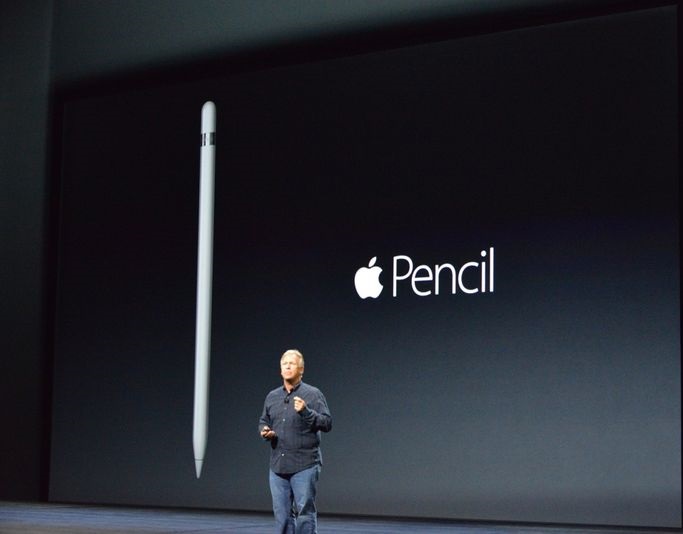 The Apple Pencil can be recharged using a Lightning connector that plugs directly into the iPad Pro. There will be built in apps to take advantage of this new accessory. 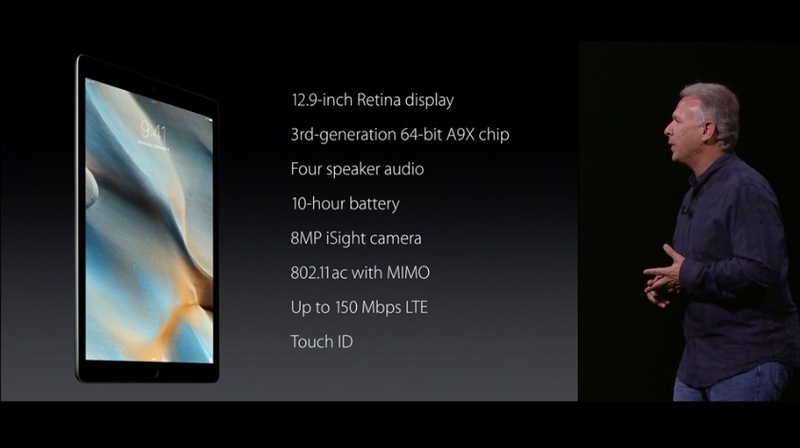