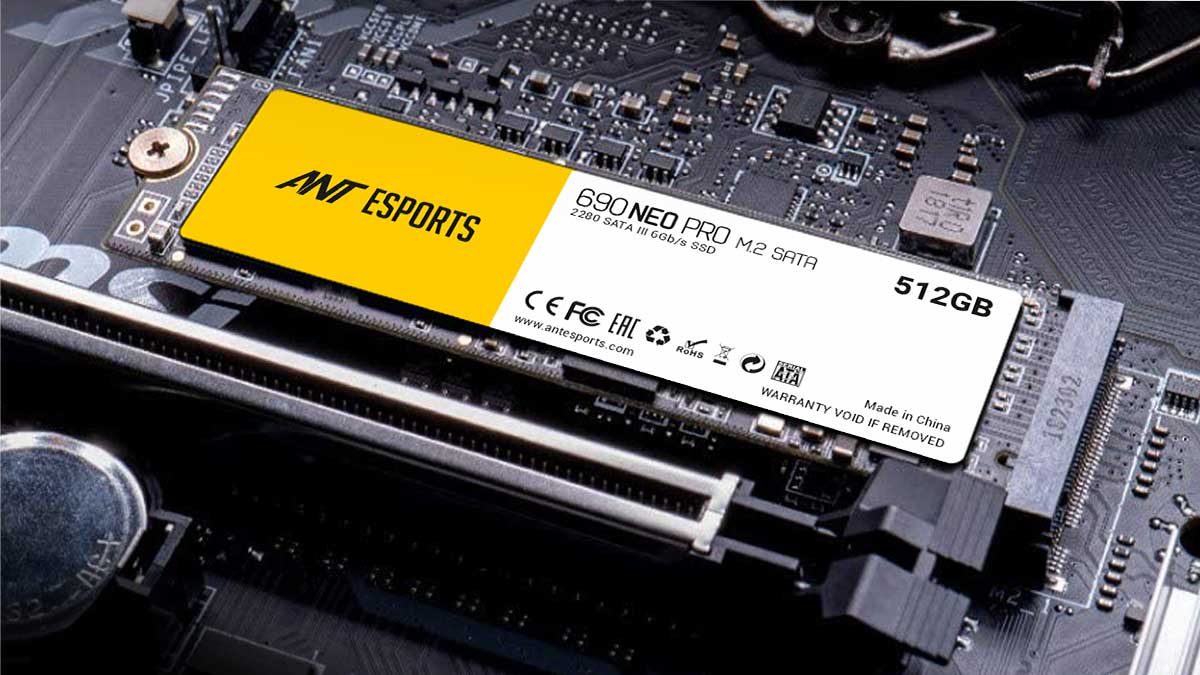 Ant Esports, today announced the release of their Neo Pro and Neo lineup of SSDs. With this launch the leading Indian manufacturer of gaming peripherals stepped into the Solid State Drive market which is on a boom recently with increasing rate of adaptability.

Designed for use in desktop and notebook workloads, Ant Esports 690 Neo is a full-capacity SSD lineup that provides remarkable performance for the budget sensitive segment. The 690 Neo lineup is composed of three different models and two different categories, the Neo Pro series offers M.2 SSDs out of which one is an NVMe while the other is an mSATA. The 690 Neo series however is a 2.5” SATA III SSD catering to a more conventional market slice. All three variants would be available in three storage sizes of 128GB, 256GB and 512GB from day one with larger capacities to follow in near future.

The Ant Esports 690 Neo Pro is available in two variants with one being an M.2 NVMe and the other an M.2 SATA III.  The M.2 NVMe SSD is based on the PCIe Gen 3.0×4 standards and utilizes a quad-channel controller paired with 3D TLC NAND for high performance and longevity. The drive comes rated at variable speeds depending upon the three capacities, the 512GB is the fastest with upto 1900MB/s and 1200MB/s of read and write speeds respectively. An impressive 1,50,00,000 hours of MTBF is standard across all variants. This makes the drive great for not only as a primary boot drive but also for gaming to greatly reduce load times.

On the other hand the 690 Neo Pro mSATA is a M.2 drive adhering to the SATA III standards and delivers speeds of upto 520MB/s and 450MB/s of read and write speeds respectively on the 512GB variant. Both the drives come with a Proprietary NANDXtend™ ECC, supports S.M.A.R.T, data protection technology and TRIM support to maintain performance over time, and lower power operation for longer battery life making them ideal for desktops and laptops alike.

The only 2.5” SATA drive in the lot is the Ant Esports 690 Neo which comes with the same technical specifications as the 690 Neo Pro mSATA hence delivers the same read and write speeds of upto 520MB/s and 450MB/s on the 512GB model which is in coherence with the SATA III 6Gb/s standards and is backwards compatible.

“Ant Esports 690 Neo and Neo Pro is purpose-built with the ultimate combination of high performance and high capacity to keep up with the current demands of gamers and average consumers” said Amit Putatunda, National Product Manager Ant Esports. “Plus the competent price tag, multiple models and added durability makes this the ideal drive for the everyday content creator, gamer and even corporate professional.”

The 690 Neo series is backed by a three-year warranty and the Ant Esports nationwide customer service and technical support network.