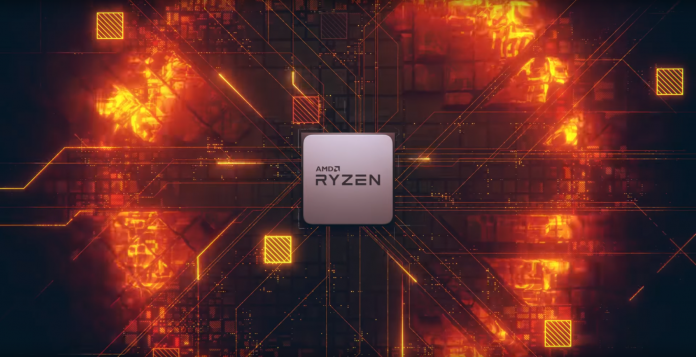 The past few weeks, if you haven’t been living under a rock, were huge for AMD in many aspects. The companies’ SOC powered Xbox Series X had its first gameplay demo revealed, the chipmaker bought to market I7 7700k crushing budget Ryzen 3 3rd Gen Processors and made a huge announcement about its socket AM4 and chipset compatibility going forward, including the reveal of the much-anticipated B550.

While the first 2 were huge positives as AMD flexed it’s Zen 2 prowess, the last part no so much. tl;dr going forward AMD is not going to support Ryzen 4000 and later CPUs on boards below the B550 Chipset.

Now for some context on the ‘issue’ at hand, if you are an owner of a X570 board and Ryzen 3000 you really don’t care. But the issue is you form the lucky minority in this case

Back in 2017 when AMD revealed the Zen architecture, they touted compatibility till 2020. In 2019 that wording changed to through 2020 and technically since B550 and Ryzen 4000 is still on AM4 its still true even if b450 is not supported but in reality, it’s not what AMD previously led people to expect whenever Chipset compatibility has come into conversation

The Initial issue started with the above image. This slide was under NDA for about 2 weeks and was part of the reviewer’s guide for Ryzen 3 3100 and 3300x processors. AMD’s stance on the matter is this on their official blog:

A: AMD has no plans to introduce “Zen 3” architecture support for older chipsets. While we wish could enable full support for every processor on every chipset, the flash memory chips that store BIOS settings and support have capacity limitations. Given these limitations, and the unprecedented longevity of the AM4 socket, there will inevitably be a time and place where a transition to free up space is necessary—the AMD 500 Series chipsets are that time.”

This contradicts in reality what AMD has maintained about their 400 series boards all this time. They have been vocal about how their motherboards can support more than 2 generations of CPUs and offer thread and cores advances in much greater numbers than their competition, i.e. Intel

Back when Ryzen 3000 launched, Robert Hallock Senior Technical Marketing Manager at AMD, had this to say on a Reddit post about chipset migration and BIOS ‘issues’:

“The alternative to this BIOS “problem,” which we find truly repugnant, is simply breaking socket compatibility with every new generation of CPU. Nobody can keep their old motherboard and upgrade, anymore. Nobody would ever have to worry about a BIOS update again… but they would also never get to keep their investment ever again. To us, that is not the right thing to do. It seems hostile and abusive to arbitrarily prevent users from keeping the same motherboard, which may cost a few hundred dollars, just to make the upgrade process a little “neater” on paper. So, we do what we can to support in-socket upgrades as we have with Socket AM4.”

Hmmm, migrating motherboards with a new CPU architecture are we now, eh Robert?

Now this can be thrown by the way side and can be said that’s one person’s opinion vs a 65 Billion-dollar companies’ reality. Which is a fair point but mind you the guy is the head of Marketing and is no pushover at the company, his words not even a year old should have some weight behind them or future promises from his team will start feeling like hollow words. But this is not the only time AMD has stated such and that’s where the issue comes back to haunt AMD.

AMD repeatedly tells us that the main reason is the microcode rom chips in older boards are of smaller capacity and can’t possibly hold all the microcode necessary to support all CPUs. While it’s partially true for the 300 series boards, this is not at all the case for the 400 series boards. MSI for one has this too say on their official website about their new 400 series MAX motherboards:

“If any of the following apply to you, we recommend grabbing a B450 MAX motherboard:

a) You just bought an AMD Ryzen 3rd Generation processor and need a value-oriented B450 motherboard that comes with out-of-the-box Ryzen 3000 series support.

b) You don’t want to deal with BIOS updates and other issues before being able to use the CPU you want.

c) You’d prefer having the option of using any AM4 processor that’s supported by the B450 chipset without worrying about compatibility.

d) You want access to the full-featured MSI UEFI BIOS without compromising support for any AM4 product.

e) You want a value-oriented motherboard that’ll support not only the latest AMD releases but will also have you covered for all future AM4 product releases.”

Well MSI were kinda sure about supporting Ryzen 4000 on their 400 series boards after all.

This is however not the end of the absolute poor handling of the situation AMD has done with regards to this issue and confusing reviewers and customers about their stance on AMD’s position with their 400 series boards.

Back in 2019 when Ryzen 3000 launched with X570, Donny Woligroski, part of the enthusiast desktop marketing team at AMD, confirmed a lot of things that were retracted in this latest move. He said in a livestream:

“If someone’s searching for a platform, and doesn’t really need that enthusiast-class PCIe Gen4 storage, or you’re not planning to buy a PCIe Gen 4 graphics card in the next six months to a year, it makes a lot of sense to look at those lower-tier boards like the X470 and B450, which will offer the same performance on those 3rd Gen Ryzen processors as the X570 will.”

Well again he has technically not broken any promises but in practical terms if your company’s spoke person says that “just because the X570 is the most advanced chipset you can get in 2019, that doesn’t mean that the B450 or X470 chipsets are no longer relevant.”, what is the consumer to make of this? that the boards still have some life in them and they are up for the job for at least till the end of 2020 , which AMD had been touting all this while.

During the same time AMD’s Official blog also had something similar to add:

“With the launch of the AM4 platform in 2016, we at AMD made a commitment to maintain and support socket AM4 through 2020. During that time, we have continued to evolve the platform to offer new features, more performance, and greater functionality. With a single socket ranging from entry level to enthusiast class motherboards, consumers have the flexibility to start with the hardware that meets their needs today, and upgrade to their growing performance demands tomorrow.”

Looking at all of these tidbits from AMD PR it’s kinda clear AMD shot itself in the foot with all these claims and now seemingly not being able to deliver. While the whole thing can’t be fully blamed on AMD but majority of the fault lies with them.

Back in 2017 when board partners were asked to make boards for Zen most of them would not have used the more expensive ROM chips in place of the 16 mb ones and not supporting 3 year old boards out of the conversation whenever new builds come up is not a huge sin. It was kind of expected.

AMD repeatedly pushed forward 400 series boards to people who had a budget in mind, they still have not released 550 boards (expected availability July 2020) and made no efforts to communicate this decision to their customers when Zen 2 CPUs were selling like hotcakes with a B450 board in Holiday 2019. All of this would not have been an issue at all if AMD hinted at this with the initial Zen 2 launch, but they did not.

So, what’s the solution to all this? Nothing. Full Stop, nothing you can do if AMD does not change its mind. You are in a dead platform with upgrade path to a 16 core CPU that may not be even that available in the 2nd hand market due to super high price and super low number of people buying it while people who bought 500 series boards with the same socket enjoy newer CPUs on it.

AMD’s marketing is a hype machine through and through and one just needs to look back at the original VEGA’s marketing to get what I mean. They hyped VEGA to the point of even comparing it to Volta but in the end VEGA 64 barely touched GTX 1080 level of performance in a market that already had the Titan V and GTX 1080Ti miles ahead of the 1080. It has for a, lack of a better term, attracted the rabid fanboys of the community more than the average customer or tech nerd due to this mentality. While in the past I get why they did that, they were severely underpowered compared to both Nvidia and Intel, times have changed.

Nowadays Intel is the DIY space underdog to AMD. AMD knows that and even shows it off with the 3950x pricing. It’s the highest-priced Mainstream CPU and will remain so even with Intel’s 10th gen presumably. But at the same time, they want to maintain this underdog, for the fans company image. They want to flex their superiority and also play to the fanboy crowd. It works in theory but in the end, the consumers are hurt.

So what’s my ultimate advice to people looking at AMD purchases: Well wait a bit for the new Motherboards and also beware of what AMD says and what fanboys on the internet tell you about what AMD says in the future. AMD is a company in it to make a profit, they want your business and that’s the end of it. However, it is not to say AMD has become Intel (as Reddit would have you believe) but it was not a cool thing to do to people that bough b450 boards because they were told those boards were as capable as x570 for their mid-range CPU. My only hope is AMD shed’s it’s underdog image and going forward be franker about its cycles like Intel so that people are not overly hyped about features AMD cant maintain in the long run.