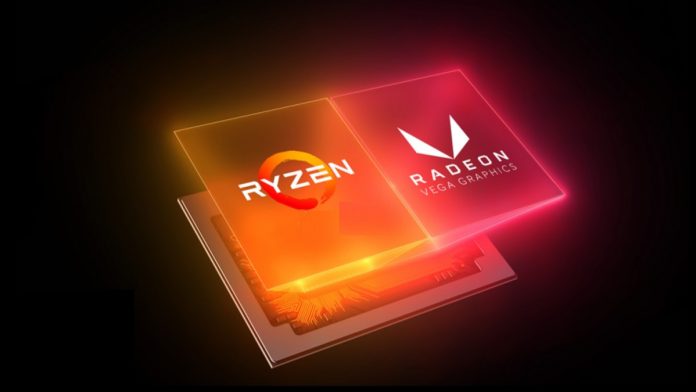 AMD’s Ryzen 7 4700G ‘Renoir’ CPU was first spotted just a few days back in a leaked entry over at UserBenchmark and now, we get to see the first proper naming for this specific Renoir AM4 SKU.

According to tech insider and leaker, Rogame, who posted this AOTS submission, the AMD Ryzen 7 4700G is most likely to feature the same 8 CUs as the Ryzen 9 4900HS, clocked at up to 1750 MHz. Since the Renoir AM4 Desktop CPUs will be shipping with higher TDPs, these CPUs can make use of the extra power headroom to deliver more sustained peak clocks for the onboard 7nm Vega iGPU, resulting in a slightly higher performance uplift over the notebook parts. The clock speeds for this specific SKU are not mentioned but the ES chip that leaked earlier featured a base clock of 3.0 GHz and a boost clock of 4.0 GHz. We can expect final clock speeds to be much higher than that.

The AMD Ryzen 7 4700G features 8 cores and 16 threads. The clock speeds are reported at 3.6 GHz base & 4.45 GHz boost clocks. The chip should feature 8 MB of L3 cache and a TDP of 65W. Alongside the CPU cores, the chip would also house 8 Vega GPU cores totalling 512 stream processors. What is interesting is the fact that AMD still is not implementation it’s much more gaming focusing rDNA based Navi GPU in its latest APU.

This is very Impressive for a 65W TDP chip. The existing highest end AMD Desktop APU is the 3400G with packs lower clocked 11 Gen 1 Vega CUs and 4 Zen + 12nm CPU cores. Its a reduction in overall CU count but Vega on 7nm is faster than Gen 1 Vega and the clock speed advancements will make up for it a lot. This chip is reportedly more similar to the Ryzen 9 4900HS mobile part than it’s desktop brother Ryzen 7 3700X.

Pricing is a tricky one as of right now. From my understanding, the pricing has to be ₹13,401(pricing of the 3400G) and ₹29,492(Pricing of the 3700x) to make it a worthwhile product. Undoubtedly the Ryzen 7 APU will be faster than the Zen+ APU but how much slower will it be compared to the 3700x? It will reportedly have 1/4th of the total L3 cache(32 vs 8) of the 3700x but clock speed appear to be similar enough to suggest it may be pretty like for like to its non G counterpart.

Rumours suggest that this chip along with a 4 and 6 core APU will release with the new A520 and B550 chipset around July this year. This could also indicate that these chips will be only supported on the 500 series boards but we don’t know that for sure as of writing.