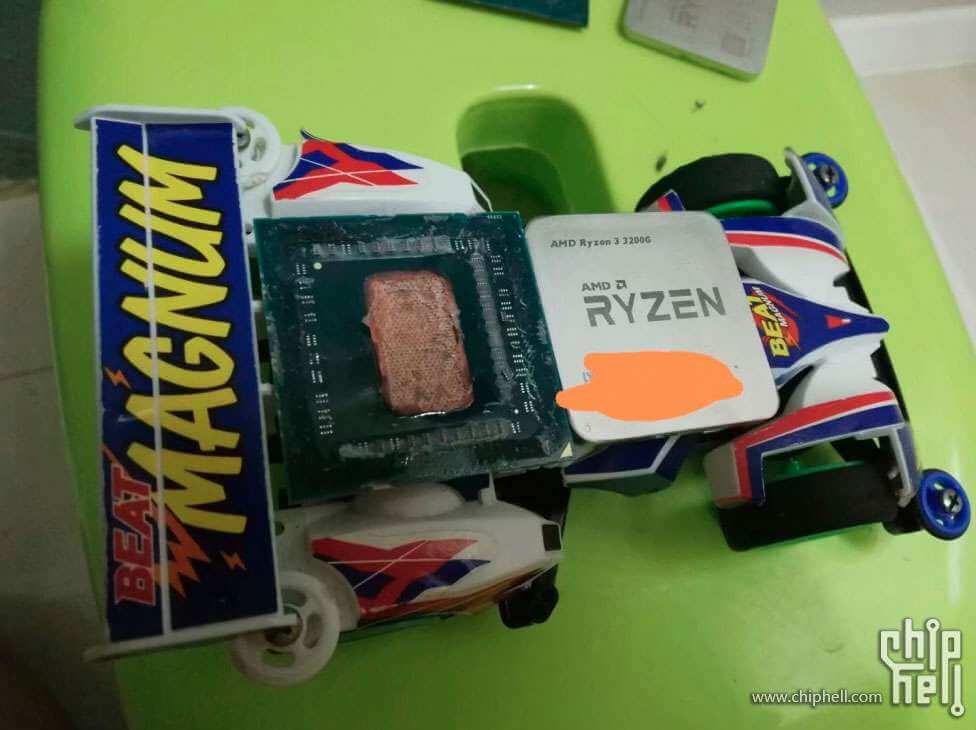 Chiphell forum user 独月, who was a hero of many leaks earlier has decided to post some new details about the upcoming Ryzen 3000 APU series. His leaks revealed that the AMD Ryzen 3 3200G comes with a soldered IHS (integrated heat spreader) and overclocks better than the Ryzen 3 2200G its replacing.

The discovery of IHS came as a bit of surprise though and after the user has discovered he has destroyed half the die trying to delid the chip.

He also confirmed that the Ryzen 3000-series processors share the same core and cache configuration as their predecessors.

As of yet, there is no specific news on the Ryzen 3000 Desktop Processors. We are hoping AMD will give us some news by the end of May, at Computex 2019