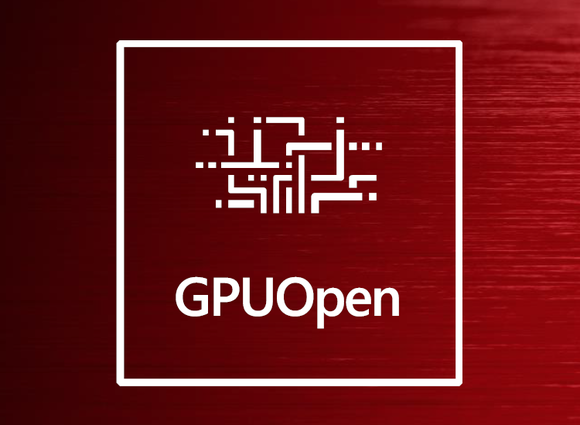 AMD’s alternative will be open-source all the way.

AMD has said it will give developers full access to the guts of its GPUs next year, when it pushes out GPUOpen, a rival  to Nvidia’s own GameWorks program.

This new initiative comes is a way to help developers obtain the best tools necessary in order to create the most visceral experiences regardless platform.  GPUOpen will give developers open-source tools and resources that should allow closer to the metal development with better and more direct access to the GPU.

When AMD launches GPUOpen this coming January, it plans to provide access to TressFX 3.0, GeometryFX, AOFX, ShadowFX, a handful of tools, the LiquidVR SDK, DirectX 11 and 12 code samples, compute tools, and several other SDKs.

“As a continuation of the strategy we started with Mantle, we are giving even more control of the GPU to developers,” AMD said in a statement. The goal, the company continued, is to make developing for the PC as easy as developing for the console. “AMD GPUOpen for gaming is giving developers the ability to harness the investments they’ve made on console development, including feature-rich, close-to-the-metal programming, and bring that to life on PC game development. Game developers will now have direct access to GPU hardware, access to a large collection of open source effects, tools, libraries and SDKs.”

Why this matters: AMD is betting that an open-source approach will attract developers who want more freedom than Nvidia’s closely controlled GameWorks middleware allows.

The first such part of their new initiative, GPUOpen, is the GPUOpen Portal which will be an easily accessible repository of all the effects, their SDK’s, associated libraries and other tools. The entire source code is accessible and open for modification. 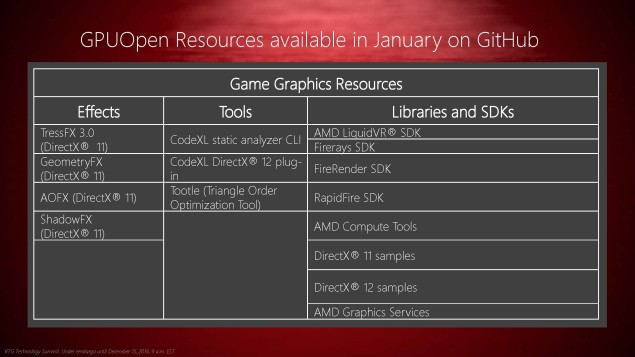 The empahsis is being placed on the fact that everything is completely open. AMD is using MIT’s open source license where everything can be used without restriction. 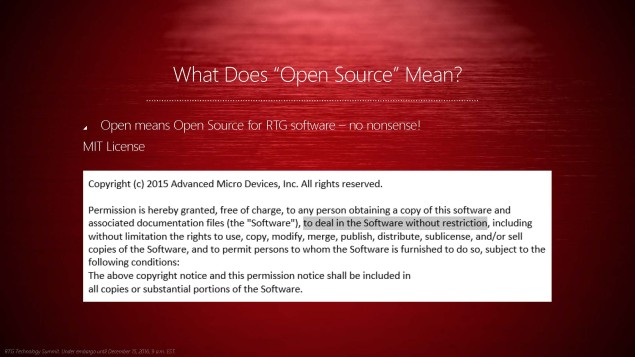 A common form of the MIT License is defined as follows:

Permission is hereby granted, free of charge, to any person obtaining a copy of this software and associated documentation files (the “Software”), to deal in the Software without restriction, including without limitation the rights to use, copy, modify, merge, publish, distribute, sublicense, and/or sell copies of the Software, and to permit persons to whom the Software is furnished to do so, subject to the following conditions:

The above copyright notice and this permission notice shall be included in all copies or substantial portions of the Software.

THE SOFTWARE IS PROVIDED “AS IS”, WITHOUT WARRANTY OF ANY KIND, EXPRESS OR IMPLIED, INCLUDING BUT NOT LIMITED TO THE WARRANTIES OF MERCHANTABILITY, FITNESS FOR A PARTICULAR PURPOSE AND NONINFRINGEMENT. IN NO EVENT SHALL THE AUTHORS OR COPYRIGHT HOLDERS BE LIABLE FOR ANY CLAIM, DAMAGES OR OTHER LIABILITY, WHETHER IN AN ACTION OF CONTRACT, TORT OR OTHERWISE, ARISING FROM, OUT OF OR IN CONNECTION WITH THE SOFTWARE OR THE USE OR OTHER DEALINGS IN THE SOFTWARE.

Source: Wikipedia
That also means that assets, in this case the GPUOpen SDK can be improved upon and can even be sold for profit, should you so choose to do so.

This is a policy that AMD has had for quite some time, though it’s in stark contrast to the attitude of their chief competitor Gameworks, which has been a point of contention among gamers, despite the latter being a seen as an “easier” solution to implement.

GPUOpen’s approach will be entirely open compared to the “blackbox” of Nvidia’s GameWorks. With GameWorks, Nvidia develops visual effects for developers as a completed package they can easily plug in. 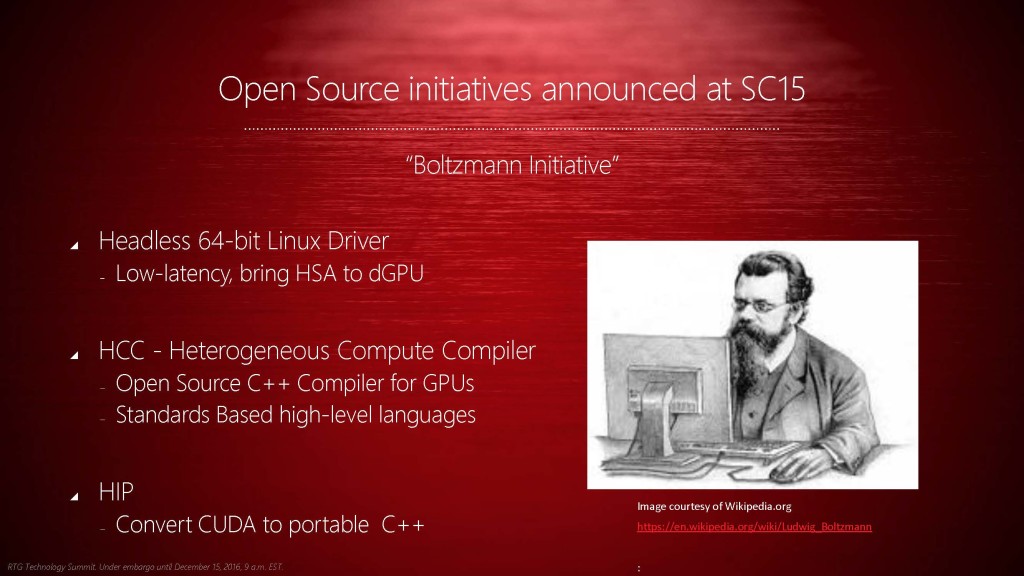 AMD will have a new open-source driver going forward, called AMDGPU. The new driver, AMDGPU be included in the Linux kernel itself for easy portability to different distros. You’ll also be able to run applications headless, something that wasn’t possible before. 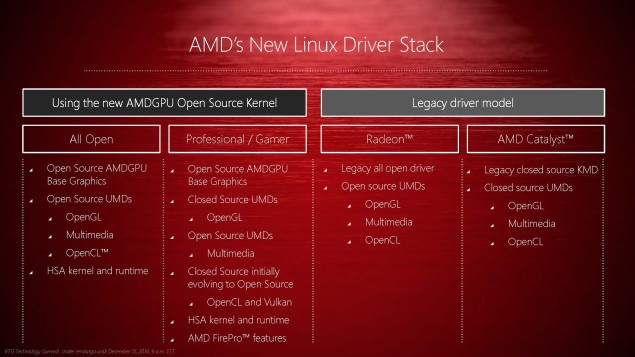 SteamOS havs also made Linux an actual viable option for gamers. It only makes sense that if they want Radeon GPU’s to be competitive in that space to actually start supporting it properly.

The AMD Nvidia war regarding the controversial gameworks is nothing new, in the past, AMD officials have gone so far as to suggest—but never prove—that developers who used Nvidia’s GameWorks effects were contractually bound not to optimize for AMD and Intel graphics chips. Nvidia officials have denied the allegation, saying GameWorks eases the burden on developers—and blaming it on their competitor’s hardware.

Whether GPUOpen will be able to impact the gaming industry in the same way Gameworks has, and perhaps in a better way with their open approach, is something we will have to wait and see.