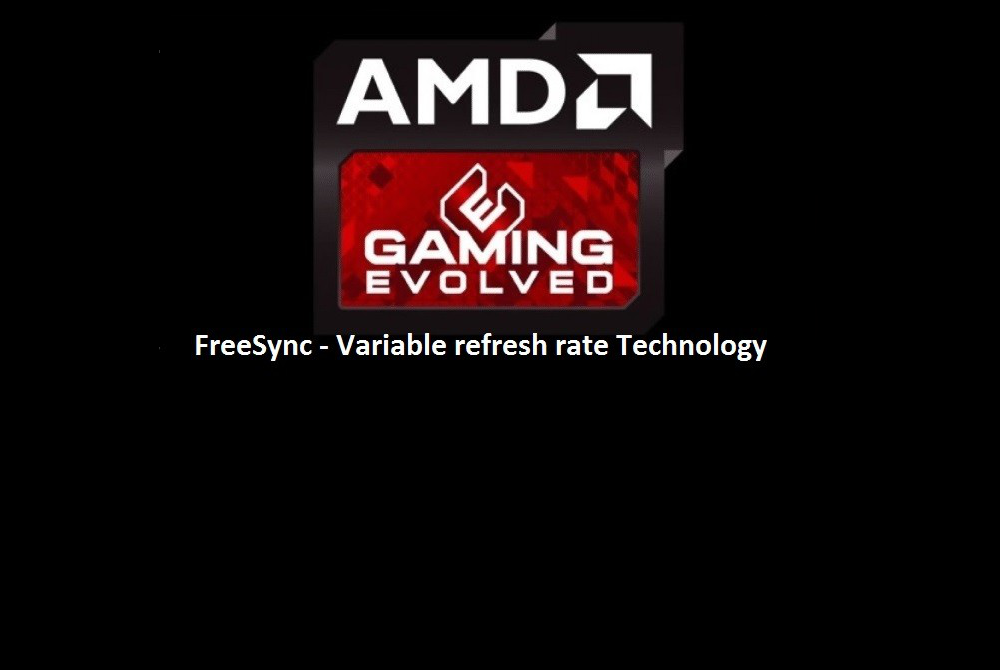 AMD finally takes the veil off its Free Sync Technology; their own take on the adaptive refresh rate technology.

Back in CES 2014, AMD displayed their  adaptive refresh rate technology and called it FreeSync,while its a no brainer whom the jab was pointed to; the main emphasis was on the “Free” part.
Now the solution is finally ready and available for the world.
So lets take a quick tour of FreeSync .
I will try to present it in a QnA format for the ease of reading.

FreeSynce is AMD’s take on the adaptive refresh rate technology which helps to remove stuttering and screen tearing.

So how does it work? and why do one would need this?

FreeSync is essentially a combination of three things: a software driver,a display module which is embedded in the new DisplayPort 1.2a standard and a display with a panel supporting variable refresh rate(typically from 9Hz-240Hz). All three things working together to give a smoother visual experience.

Technically speaking, if ones computer workload only consists of browsing and office work, he will not need adaptive refresh rate ever in his life time.

BUT,as soon as the workload shifts form just office work to Gaming or even normal HTPC usage(in some special cases) Free Sync will become indispensable.In gaming there might come a time when a the GPU cannot provide the display with a constant 60FPS/144FPS which results in a stall or stuttering,

alternatively if the gpu is fast enough to provide more than 60FPS it might result in scree tearing where one part of the screen has the previous frame on top and the bottom part has the next frame.

Why would anyone want “adaptive refresh rate”? why not just turn on V Sync and be done with it?

While V Sync can be used to reduce screen tearing,it locks the frame rate to a constant 60FPS,which at times will make the game lag as the GPU might not be powerful enough to provide a constant 60FPS; also it includes a slight mouse lag which can be very annoying specially in competitive scenario, where even a microsecond delay is unwanted.
With freesync the fps lock is removed along with the mouse input lag whihc in turn reduces the overall choppiness that might occur and makes it a better solution than V Sync.

Which GPU CPU and displays will support Free Sync for now?

The GPU and CPU support list is given blow

As of now the following monitors will support FreeSync at launch

While both the solution from both sides of the force aims to to provide a stutter free and tear free, they do it in very different ways.

While Nvidia  G-SYNC uses a proprietary module that replaces the normal scaler hardware in a display.Besides cost factor this means any company who wishes to make a Gsync display has to buy the module from Nvidia.
Adaptive Sync(which AMD uses to enable FreeSync) on the other hand is build into the DisplayPort 1.2a standard,whihc means implementing it is cheaper.All The major scaler companies like Realtek, Novatek, and MStar have announced their support for Adaptive Sync,and since most of the changes required to support the standard could be accomplished via firmware updates we can see FreeSync even if models  is not “FreeSync enabled” per se.
Also since the protocol is built in into the normal scalar hardware all the OSD controls are available unlike G-Sync.

One other feature that differentiates FreeSync from G-SYNC is how things are handled when the frame rate is outside of the dynamic refresh range.With G-Sync the system will behave as if V sync is enabled,so if u go below 30FPS u will see some screen tearing and going over60FPs/144FPS as the case maybe is not possible since the refresh rate is locked.Not a very huge problem, but AMD FreesSync provides an Alternative

Instead of behaving like Vsync is on,FreeSync can switch between Vsync off or Vsync on mode if your frame rates are too high or too low.With VSync off mode one might get screen tearing but input latency will be less.

One more plus point of FreeSync is that since this is an open standard FreeSync might fight its way into Laptops a bit sooner than GSync, however its still early to predict anything.

that’s all we can tell you about AMD FreeSync now, a detailed testing report will be provided alter on as soon as we get our hands on a free sync enabled monitor.