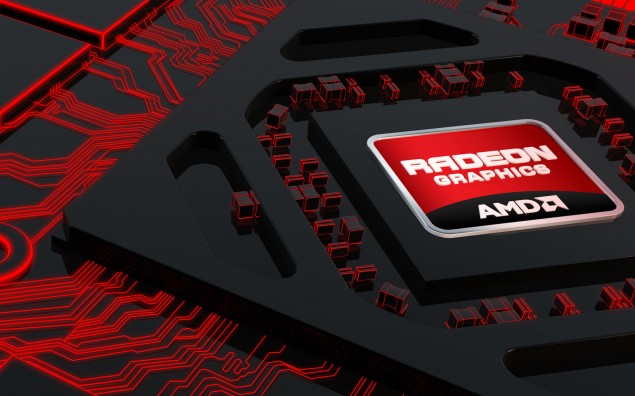 Windows 10 is fast approaching and AMD has just released a new graphics driver with the Catalyst 15.7. The newest version of the Radeon drivers feature several new functions, performance gains, and most importantly : support for Windows 10.

With Catalyst 15.7, AMD provides an unified driver for its Radeon graphics cards and supports the recently launched Radeon R9 and R7 300 as well the Radeon R9 X Fury and Fury versions of the upcoming series in addition to the existing Radeon graphics cards. This driver enables control of frame rate on older generation Radeon cards including the Radeon R9 200 and Radeon HD 7800/7900 and also adds extended support for VSR or Virtual Super Resolution which allows rendering a game in a higher than the screen resolution ( also called downsampling ). This mode is available for both the new Fury and Radeon R9/R7 300 series along with the older Radeon R9/R7 200 and Radeon HD 7800/7900 series. These new drivers enable FreeSync on Crossfire configurations with games using DirectX 10 or higher. AMD also reported GPU performance gains with Windows 7 including 8.1% for Far Cry 4 and Radeon R7 or R9 200 series (and newer cards). With the same cards, AMD also reported a 10% gain in performance on Tomb Raider. Crossfire users benefit from several improvements to recent games like The Witcher 3, Dying Light Project CARS GTA V or via profiles updated. As for Windows 10 support, AMD says it has a DirectX 12 driver supports WDDM 2.0 for its architecture cards Graphic Core Next (Radeon HD 7000 and later) but this driver is still considered a preview

Highlights for the Catalyst 15.7 driver : 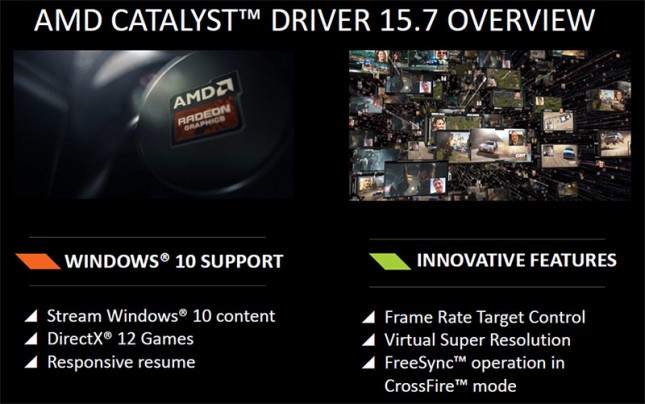 The AMD Catalyst™ 15.7 driver ​is compatible with the following AMD products.

“We are thrilled to deliver our latest driver upgrade, making customer experiences with Windows® 10 and AMD even more entertaining and intuitive than ever,” said Ari Rauch, corporate VP, Software Development for AMD. “The AMD Catalyst 15.7 driver enables a refined user experience, with better gaming, better streaming and video quality, and incredible efficiency, taking AMD’s Graphics Core Next (GCN) state-of-the-art architecture to the next level.”