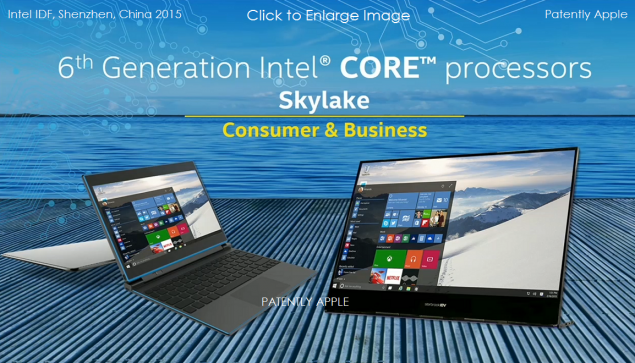 the first few details of Skylake has surfaced, thanks to some slides leaked over interwebz.

Although not much is discussed by Intel even though Skylake is supposed to come in Q3 2015. Here’s what we know about the architecture and platform as a whole. 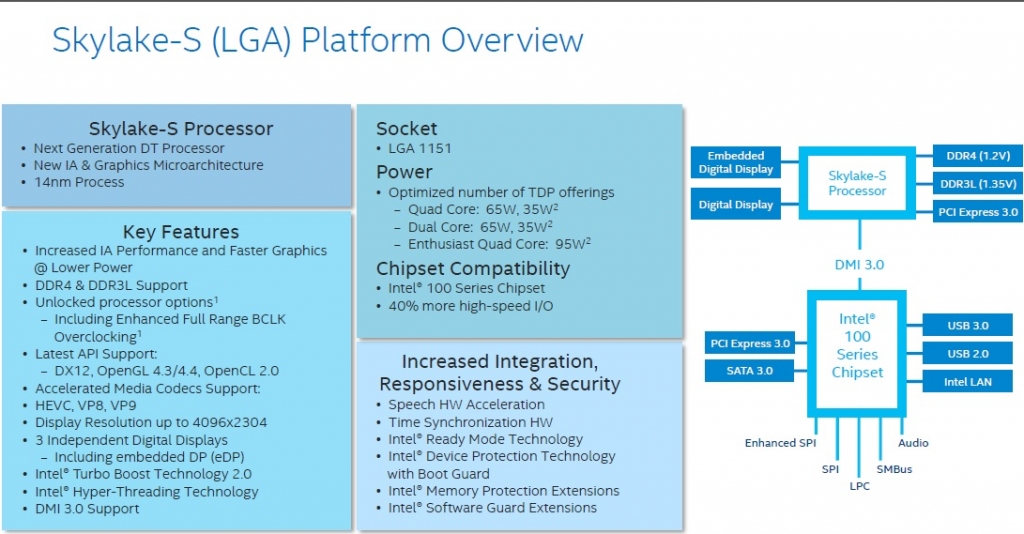 Dubbed as Skylake-S the new processor will come in a new LGA 1151 socket along with a new series of chipsets, The 100 series.Moreover Skylake is built on the same 14nm process technology used with Broadwell but will feature a new microarchitecture for both the IA cores and the graphics systems. On the memory side of things we will see support for DDR3L and DDR4 memory with the enthusiast range pushing towards the DDR4 area.

The use of DMI 3.0 between the chipset and processor is an welcoming change and will result in increase in bandwidth in many generations, this should allow for fewer bottlenecks in the storage and PCIe connection.

For enthusiasts we will see 95 watt quad-core SKUs with enhanced Bclk range(probably 125MHz). The TDP is higher than than Haswell, so we might see a bump in stock speeds and increased overclocking range. 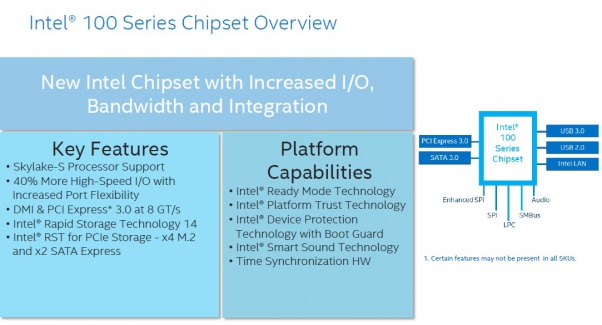 On the storage side of things Z170 still has six SATA 6.0 Gb/s ports, moves to 14 USB ports maximum with 10 of them capable of USB 3.0 speeds and it upgrades Intel RST to support PCIe storage drivers. No USB 3.1 so we will see motherbaord manufacturers using external controllers.

The release timing is still somewhat of a mystery but we believe it will be sometimes in Q3 2015.