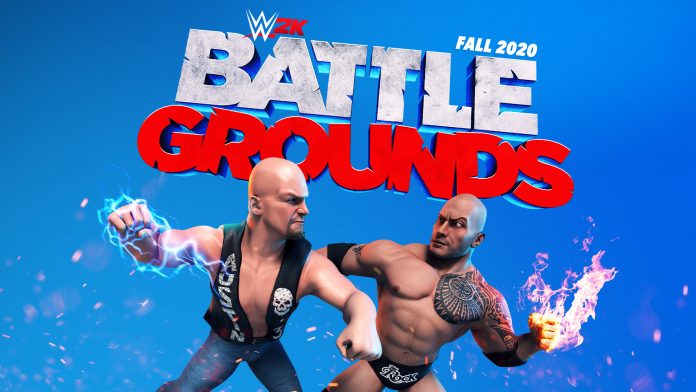 In an open letter to the WWE 2K community, 2K has announced a brand new WWE experience called Battlegrounds and addressed concerns regarding the poorly received WWE 2K20.

WWE 2K Battlegrounds is a completely new WWE gaming experience that will feature arcade-style action and over-the-top Superstar designs, environments, and moves. 2K said they are focusing on social pick-up-and-play fun, but with plenty of depth for those who want to get way into it.

WWE 2K Battlegrounds provides another way to enjoy WWE video game action. The game is being developed by Saber Interactive, the studio behind NBA 2K Playgrounds, and is scheduled to launch this fall. More information about the game will be shared in the coming months.

WWE 2K20, which has seen five title updates since it’s released, addressing hundreds of reported concerns, and four WWE 2K20 Originals DLC expansions to build on and improve the experience that was poorly received by both critics and fans alike. And while WWE 2K19 servers will remain running by popular demand, there will be no mainline game releasing this year.

Patrick Gilmore has joined to serve as their new Executive Producer and lead these efforts at Visual Concepts. Patrick has over 25 years of experience in video games, reaching all the way back to Disney’s Aladdin on Sega Genesis, and including franchises like Killer Instinct, Medal of Honor, and, most recently, Amazon’s New World.