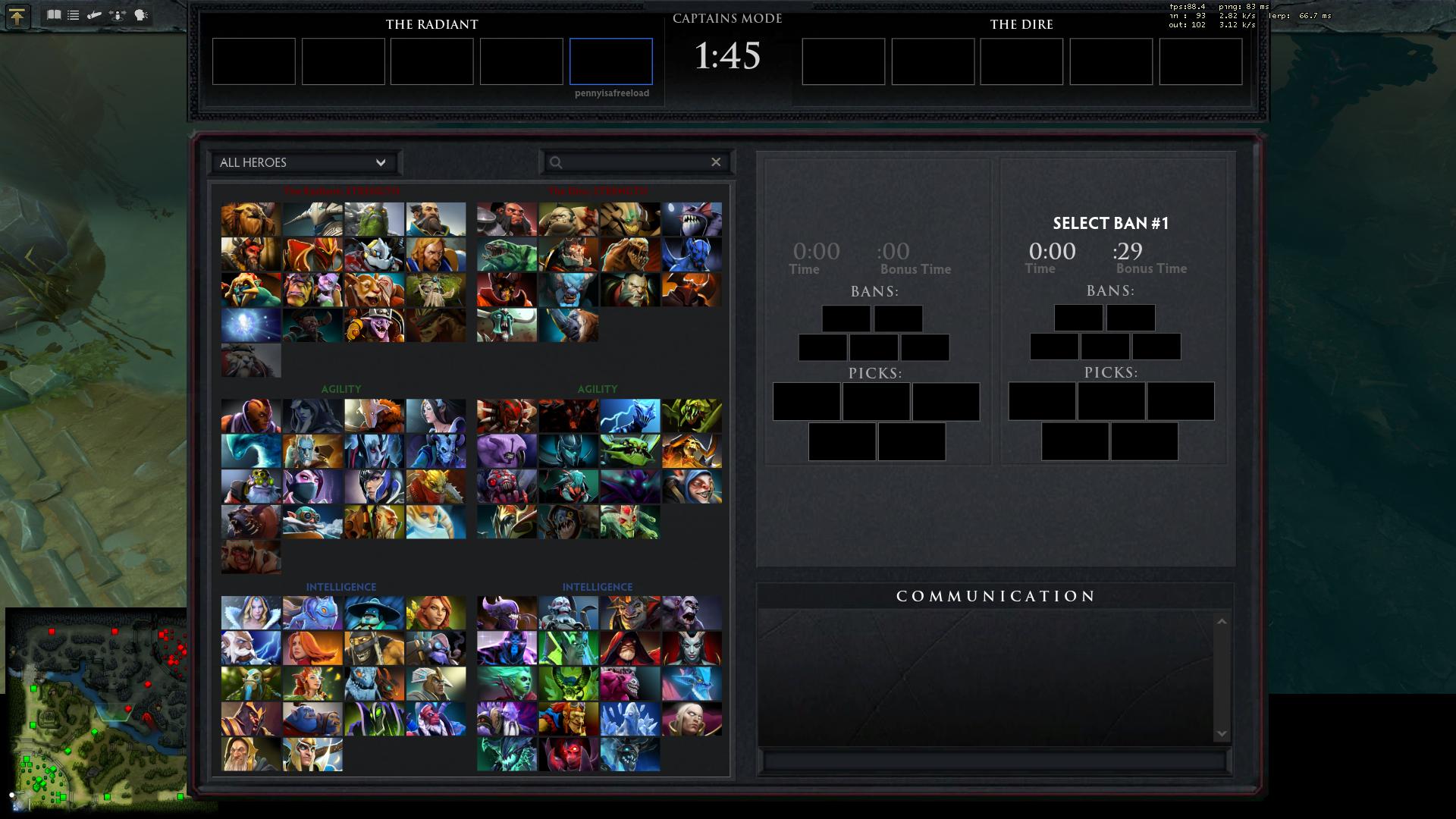 Thank you for noticing the oddly placed killer whales cracking a racist redneck reference. Now scroll along, you saw nothing.

Patch 6.86c is out and running,and we at the receiving end have had quite some playtime with all the gimmicks offered.So,it leads me to an odd question – What happens AFTER Abyssal Underlord? DoTA 2 has survived to the point that all but one of the original DoTA roster is available in-game,and that’s a good thing. We’ve had patches introducing heroes and new mechanics and terrain changes,and whatnot,but what happens after the hero roster is complete? Do we get new heroes or reworked/rebooted mechanics? Do we get new maps? Do you need to reconsider reading this article because of what you think it’ll probably veer towards? The last answer,i’d recommend,ought to be a friendly “No”.

In this little rant,i’m going to to go on about how Captains’ Mode is possibly the most entertaining matchmaking mode in the game as of this moment. DoTA 2 has always been about team-play.Even when you’re playing solo ranked,co-ordination with your team is the only way to confirming that sweet little +25, and what better way to fight for that than going ham with the fam? Nah,i’m just joking. Captains’ Mode has seen 3 2 completely new additions to the fray,both of which have made for some VERY suspicious underlying strategies. The ongoing Shanghai Majors Open Qualifiers are bearing the full brunt of all updated,implemented changes. Why,for one thing,would you not experiment with constant dispel and purge mechanics that have little to no isolated counter-play ? Or,why wouldn’t you experiment with a mid-laner who can effectively switch between all 5 positions on the fly while retaining the bulk of a position 3 and the instantaneous relevance of a position 5? Even more so,why would you not finally try making that oh-so-delectable initiation tool on an AoE lockdown-capable offlaner who can freely transition to his previous position 1 status? AND WHY WOULDN’T YOU CONSIDER BANNING YOUR FAVORITE HEROES WHEN YOU KNOW YOU CAN’T AFFORD TO GO AGAINST THEM?

Captains’ Mode,for the uninitiated,is literally throne wars,and for good reason too. You need to realize your role in the fray perfectly, but there will be those that refuse to comply and ye olde “5 carry no support,ban all carry,push mid we win,ggwp ez” really won’t be worth all the flaming. The satisfaction that comes with effectively out-classing 5 others down to the very roots of the matter, is what makes Captains’ Mode the pinnacle of  the MOBA experience.

Now,why did i just write about Captains’ Mode and praise it so highly even when there’s literally nothing left to be said about professional matchmaking’s preferred game-mode? I mean,is the writer just too dense to think that everybody reading this article would just hop in looking at the title and the image like peasants to click-bait? Fortunately,sarcasm is aplenty and we at Techarx decided to finally let our own team,code-named Raptors In Exile,enter competitive matchmaking, and i will be documenting our journey at each cock-block….i mean road-block. So,watch this space for more,folks. I can assure you,you won’t be leaving without a smile on your faces.