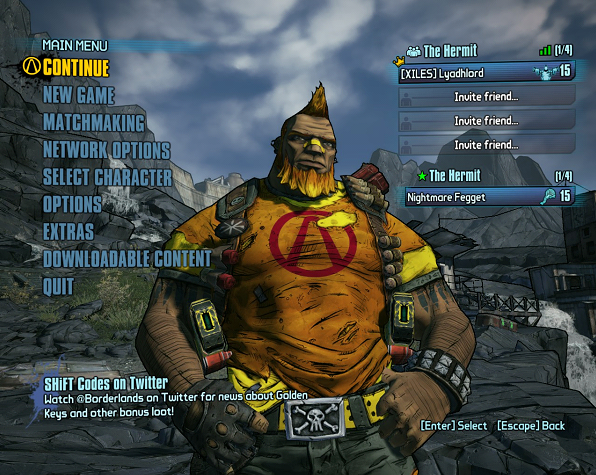 I went into Borderlands 2 looking for a cheap co-op loot n shoot and came out thoroughly impressed. For one, this game is very very funny . You will have lots of laughs just in the first 5 minutes of starting the game . The game is basically an open world FPS-RPG hybrid with a focus on looting . The game gives us 4 characters to choose from at the start of the game . Axton the Commando , Salvador the Gunzerker, Maya the Siren and Zero the Assassin . The game offers two more characters if you buy the DLCs . They are Gaige and Krieg . Gaige is a Mechromancer and Krieg is a Psycho or a very strong melee character. The variety of gameplay styles these characters offer alone will compel you to play the game many times with different characters . I ended up going with Salvador.

The game can certainly be played alone and is still fun . But the real fun comes when you play with a bunch of friends . The game supports up to 4 players in a squad . If all 4 players choose different classes that calls for some pretty fantastic gameplay . Even if you have at least one person to play with its pretty fun . I for one bought the game specifically for co-op and enjoyed it a lot . Boss fights become easier for one.
The game has a variety of guns with ridiculous names at times . The player will often find themselves addicted to using Golden Keys to get better and better guns . The gunplay too is pretty solid. Sure its no CS GO but its good in an arcadey kind of way . 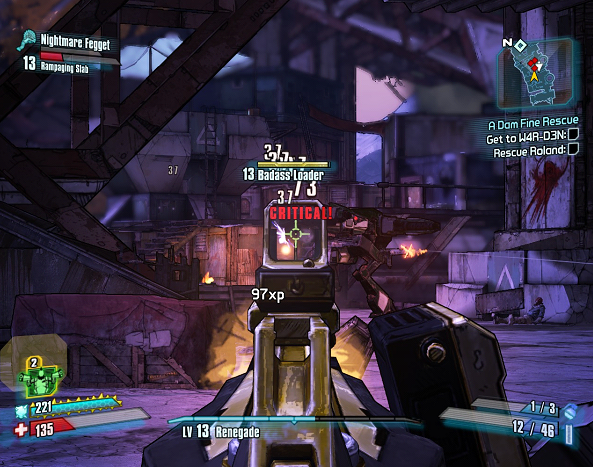 Now coming to the best part of the game . The characters. Borderlands 2 has one of the most irritating yet admirable villain :- Handsome Jack . He is always 10 steps ahead of the player and is always poking fun and making humorous quips . Then there are the tons of NPCs each with their own short intro cutscene . The intro cutscenes are done very well with art work and offer some good laughs . This one time me and my friend went to a junkyard and the owner was a fat lady named Ellie. She promptly went to crush a car with a guy inside . Her hobbies were shown as Cuddles and Murder . We were literally laughing out loud . Another time in one of the DLCs we meet a really creepy guy named Shade who is introduced as your new BFF . There are tons of such funny characters in the game . Even the bosses are funny . The cartoonish graphics , funny names of guns , funny names of quests all lends to a very fun ride . And oh did I mention we can ride vehicles ?
There is even a whole quest where you battle it out with bandits driving cars Mad Max style. 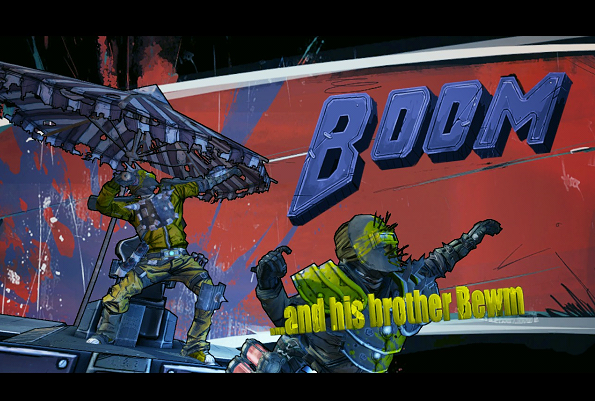 After playing 100 hours of Borderlands or so one might feel a little bit bored . The game is grindy and that’s not really surprising since it’s a loot and shoot. Sometimes I didn’t even have the slightest idea what the quest wanted me to do . I just went and shot people . But the humorous storyline and characters more than make up for it.
So the verdict is if you are looking for a cheap loot n shoot and have friends whom you can play with , get Borderlands 2 . Oh well, there comes another horde of bandits . Gotta get back to Pandora . Ciao .