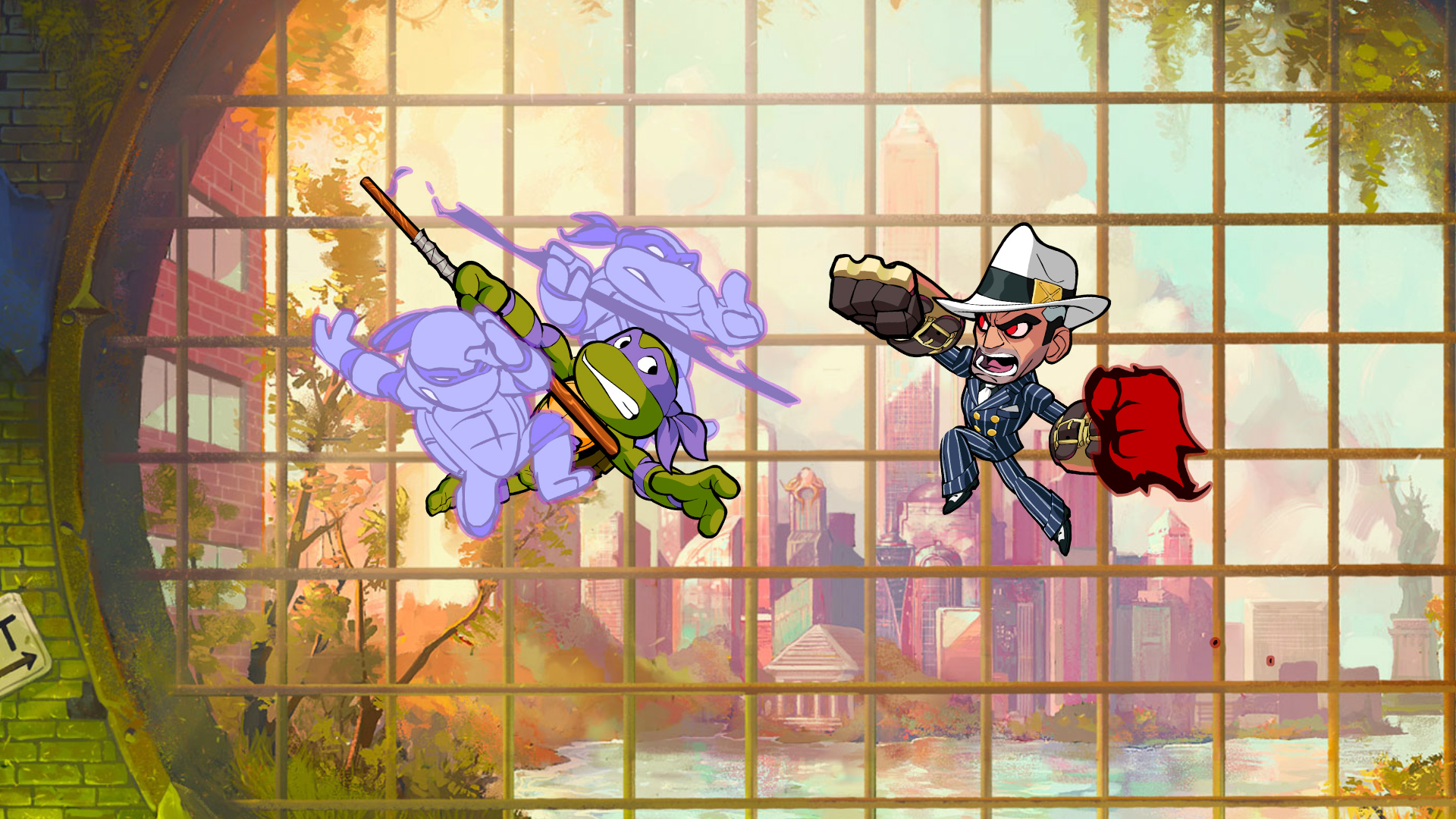 Their arrival ninja-kicks off an in-game event featuring a new game mode called Crew Battles. New Signature attacks with appearances by Master Splinter and Casey Jones and a new K.O. Effect featuring Shredder and the Foot Clan will be available as well, which is mondo cool. There will also be new map art depicting the tubular sewers of Teenage Mutant Ninja Turtles with Free-For-All and 1v1 versions available. Four new avatars featuring the Foot Clan symbol, Krang, the Technodrome, and an animated avatar featuring all the Turtle’s faces will also be offered.

•           Raphael – Epic Crossover for Ragnir – Raphael uses his skateboard, hot pizza, and shuriken in his Signatures. His main weapons feature his iconic dual Sai and a Turtle Crossing sign. Man, it feels good being a Turtle!

•           Michelangelo – Epic Crossover for Val – With the help of Master Splinter, his Signatures include his skateboard and some cheesy pizza. Michelangelo is ready to fight using his iconic Nunchaku and some pizza boxing gloves. Cowabunga!

•           Leonardo – Epic Crossover for Jiro – With Casey Jones and Master Splinter by his side, Leonardo’s Signatures also include his skateboard and some slices of pizza. Leonardo is armed with his dual swords and his trusty hockey stick from Casey Jones himself.

•           Donatello – Epic Crossover for Mirage. The brainiac of the group, Donatello uses techy holograms of himself in his signature moves. His weapons feature a new Scythe invented with a M.O.U.S.E.R. head and his iconic Bo staff—guaranteed to make those bad guys say, “What the shell!?”

Developed by Blue Mammoth, Brawlhalla is an epic free-to-play platform fighting game that transports over 65 million players to a fight for glory in the halls of Valhalla. Choosing from more than 50 unique characters, players can jump into single-player and co-op modes as well as online and local competitions. Brawlhalla also supports cross-platform play between the Xbox One family of devices including the Xbox One X, Xbox Series X|S, Nintendo Switch™ system, PlayStation 4®, and PlayStation 5® system, PC, iOS, and Android devices where players can play custom games and queue together for all online matchmaking.