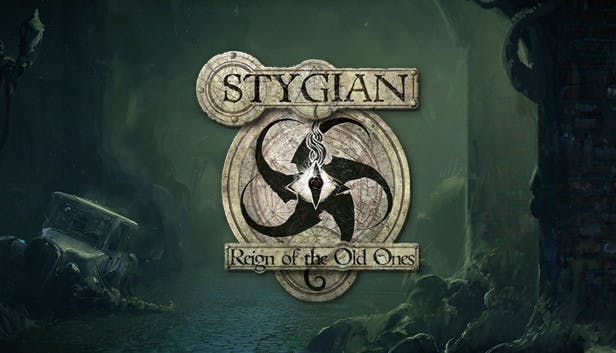 Stygian: Reign of the Old Ones is an RPG with tactical turn-based combat that is steeped in Lovecraftian horror. Created by Cultic Games, the game puts you in the shoes of a character of your choosing as you navigate the troubled world of Arkham searching for answers to this never-ending madness.

You start the game by creating a character out of the various archetypes available. These archetypes influence how you will play the game because they have different stats and advantages that will give you an edge in certain scenarios while putting you in the back foot on some others. Overall the character creation is fairly straightforward RPG stuff, with some good amount of customization and depth to it. There are character presets should you wish to avoid the choice paralysis of creating a custom character but for those who want a character truly suited for their playstyle you can assign skill points into whatever you feel suits your character best.

You are greeted with a charming yet eery Burtonesque hand-drawn world, that does a fantastic job at setting the tone and vibe of the game. The world around you is very much familiar yet nothing here is normal. It is as if you are staring into a mirror reality but there is something off about the reflection that you can’t quite grasp.

Stygian, is set in Arkham a fictional Massachusetts town that is an integral part of the Lovecraft Country setting created by H. P. Lovecraft. It is featured in many of his stories and those of other Cthulhu Mythos writers. You happen to be going on with daily boring life and now suddenly on what is known as the black day it has found itself ripped from Earth and hurled into a mad dimension, where society has collapsed and a new order has emerged.

Navigating this mad world is thankfully very easy, you left-click anywhere to move around and right-click to bring up a radial menu that lets you perform additional actions.

Interacting with other characters is done through the dialogue trees that are presented to you. None of the characters are voice acted, but the quality of writing here is very well done, so interactions with the stark raving mad or depressed citizens of Arkham offers a unique window into this alternate world.

Combat is where Stygian begins to stumble a bit, it is purely RNG based and can be a sog at times. Encounters are drawn out ever so painfully, and while I do enjoy long tactical battles, when the actual fighting mechanics are a hit and miss affair, it seems more like a chore than a battle of wits with the AI.

As a result of this, I found myself sneaking around most encounters. Granted, this does seem the more logical choice in a world where there are strange creatures that want to eat your brain on a plate with kidneys as dessert. But combat could do with a bit of tweaking on Cultic’s part.

However, while combat is a part of Stygian, it is not the meat of the game. Most of your gameplay loop will consist of traveling around the world, gathering clues, paying your hirelings, managing resources and just figuring out what exactly you need to do. Because there is zero handholding. You could have failed the game by selling off an important artifact and not know, cluelessly wandering around.

But most importantly it is the story that holds Stygian: Reign of the Old Ones together, as I have already said, the writing here is excellent. The developers have done an excellent job and recreating the Cthulu mythos. The dialogues and events that unfurl in front of you in this very text-heavy game bring out the best in Lovecraft’s work, as you read words alien and forbidden.

The game is very beautiful, not in a technically impressive way but the world is gorgeously hand-painted. The attention to detail is applaudable and overall the atmosphere is very well represented through the visuals. While the map of Arkham is small, the overall variety and representation of the locales make the world Stygian’s biggest strength. There are no randomly generated uninteresting places in the world. Everything exists for a reason, even though it might end up to be one you may not like.

For a game with no voice acting, Stygian: Reign of the Old Ones does a fantastic job of representing the madness audibly. The raving howls, eery noises, and laughter that accompany you on your journey create a level of immersion that I did not expect from an indie game.

Stygian: Reign of the Old Ones is one of the best representations of Lovecraft’s works. It is also a very good RPG, with a lackluster combat system that holds it back from being a perfect game. I still fully recommend this game to anyone who is a fan of story-driven RPGs and a must-buy for anyone who is a fan of H.P. Lovecraft.