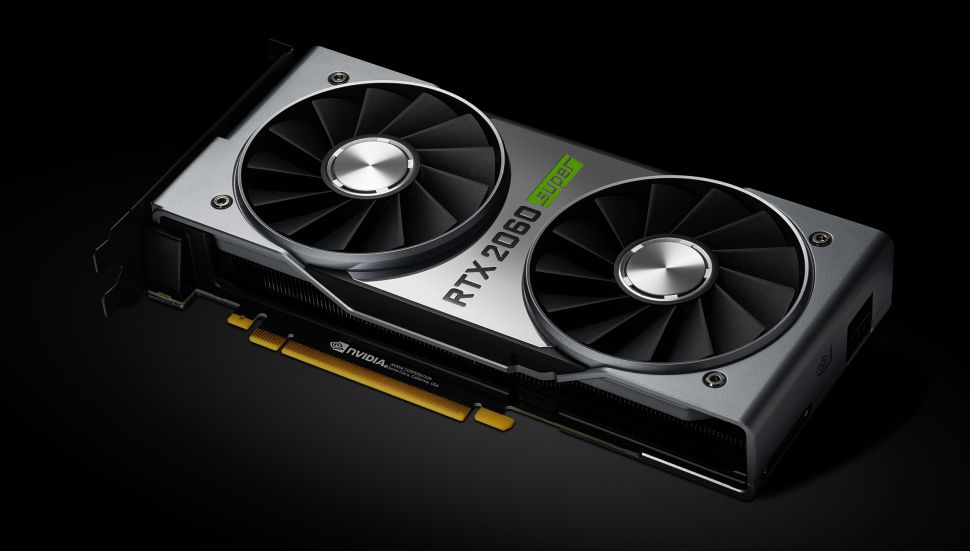 Back in January when Nvidia finally launched the RTX 2060 for Rs 30k here, the threat of AMD’s Navi really hung large over Nvidia. The RTX 2060 was a fine card, 400 dollars worth of GTX 1070Ti ish performance. As soon as AMD announced the Navi based 5700 and 5700 XT, Nvidia fired back with the super series of cards.

Here in India, the RTX 2060 Super is very very competitively priced. While the base 5700’s go for around 30k and the aftermarket ones reaching 35k, this GALAX AIB card sits pretty at Rs.32,399. It has RGB, Silent fans, factory OC and a decent power delivery system for users who want to OC as well. Also, the card has dual bios. So let’s find out how the card performs

The 2060 Super model RTX cards, of course, are based on Turing architecture. In fact, both the 2060 and 2070 are making use of TU106, each with four more shader clusters activated. NVIDIA has 30 RT (Raytracing) cores, as well as 240 Tensor (AI) cores on the new GPUs, and these are active. This review covers the reference (founders) card, also referred to as the founders edition. It has been fitted with 8GB of GDDR6 memory (14 Gbps), yes, 8GB! To be specific, this graphics card is based on a TU106-410 GPU and has 2176 activated shader processors for the Super version. That number was 1920 on the normal GeForce RTX 2060. It has a 1650 MHz reference boost clock for the founder version. Mind you, the old version had 6 GB of graphics memory, the Super version gets 8GB of the now-familiar GDDR6 memory. That has another advantage, as that means a wider 256-bit wide bus and a few more ROPs as well. So, a quick recap. 2GB more and thus wider GDDR6, 256 more shader processors running a faster clock frequency. As such, the RTX 2060 Super is going to make a good step upwards of in-game performance

The RTX 2060 Super EX is housed in my Personal PC featuring the following parts:

To have a comparison point I have added the results of the games running on my Old GTX 970 ( which back in 2014 I bought for a similar price of 31,299). However, I can only provide minimum and average FPS data for the older card, due to my error of not recording the 1% and .1% for that card. Rest assured the RTX 2060 Super has all the data.

Also, the numbers for both the cards are an average of 3 runs.

3DMark is a computer benchmarking tool created and developed by UL, (formerly Futuremark), to determine the performance of a computer’s 3D graphic rendering and CPU workload processing capabilities. Running 3DMark produces a 3DMark score, with higher numbers indicating better performance. The 3DMark measurement unit is intended to give a normalized mean for comparing different PC hardware configurations (mostly graphics processing units and central processing units), which proponents such as gamers and overclocking enthusiasts assert is indicative of end-user performance capabilities. Many versions of 3DMark have been released since 1998. Scores cannot be compared across versions as each test is based on a specific version of the DirectX API.

The RTX card is over 10,000 points faster than the Maxwell 970, quite a strong start for the newer card

Grand Theft Auto V is an action-adventure video game developed by Rockstar North and published by Rockstar Games. It was released on September 2013 for PlayStation 3 and Xbox 360, on November 2014 for PlayStation 4 and Xbox One, and on April 2015 for Microsoft Windows. It is the first main entry in the Grand Theft Auto series since 2008’s Grand Theft Auto IV. Set within the fictional state of San Andreas, based on Southern California, the single-player story follows three criminals and their efforts to commit heists while under pressure from a government agency. The open-world design lets players freely roam San Andreas’ open countryside and the fictional city of Los Santos, based in Los Angeles. GTA V runs on the RAGE engine developed by Rockstar Games.

The newer card just demolishes the 970 but the framerates would have been even higher had we paired the Super with a 3rd Gen Ryzen or i7 from Intel. Ryzen 2nd Gen’s poor IPC and lack of Ryzen support in this game really hurts the card from presenting over 144 fps in this fairly old title

Counter-Strike: Global Offensive (CS: GO) is a multiplayer first-person shooter video game developed by Hidden Path Entertainment and Valve Corporation. It is the fourth game in the Counter-Strike series and was released for Microsoft Windows, OS X, Xbox 360, and PlayStation 3 on August 21, 2012, while the Linux version was released in 2014. CS still runs on the Source 1 Engine made famous by Half-Life and Portal.

Far Cry New Dawn is an action-adventure first-person shooter developed by Ubisoft Montreal and published by Ubisoft. The game is a spin-off of the Far Cry series and a narrative sequel to Far Cry 5. It was released for Microsoft Windows, PlayStation 4 and Xbox One on February 15, 2019, and received generally mixed reviews from critics. Far Cry New Dawn still runs on the Dunia Engine and is heavily Single thread Dependent for its performance, the Ryzen 2600 did not max out the card in most sections of the inbuilt benchmark

These results are pretty much CPU limited and the 2060 super can do 120 fps with a 9th Gen i9. Ryzen 3rd Gen would improve the experience but not by much

Gears 5 is a third-person shooter video game developed by The Coalition and published by Xbox Game Studios for Microsoft Windows and Xbox One. It is the sixth instalment of the Gears of War series and is the second Gears of War game not to be developed by Epic Games. The ultimate edition was released on September 6, 2019. The standard edition of the game was released worldwide on September 10, 2019. Gears 5 runs on the Unreal Engine 4 and is superbly optimized. It is also the first DX 12 game for this Benchmark Series

The newest game tested for this review and it really shows the advancements Nvidia has not only made to its CUDA cores but also how well the company has gotten at optimizing DX 12 for its hardware. Review Sites like Techpowerup show the 2060 Super beating the 5700, while the 970 is trailing the RX 570.

PlayerUnknown’s Battlegrounds (PUBG) is an online multiplayer battle royale game developed and published by PUBG Corporation, a subsidiary of South Korean video game company Bluehole. The game is based on previous mods that were created by Brendan “PlayerUnknown” Greene for other games, inspired by the 2000 Japanese film Battle Royale, and expanded into a standalone game under Greene’s creative direction. In the game, up to one hundred players parachute onto an island and scavenge for weapons and equipment to kill others while avoiding getting killed themselves. The available safe area of the game’s map decreases in size over time, directing surviving players into tighter areas to force encounters. The last player or team standing wins the round. PUBG runs on the Unreal Engine 4.

PUBG’s Ryzen support has come a long way since release and even tho it’s still not perfect, it’s getting there. Also, the RTX card just chews through the game without any issue.

Hitman 2 is a stealth video game developed by IO Interactive and published by Warner Bros. Interactive Entertainment for Microsoft Windows, PlayStation 4, and Xbox One. It is the seventh entry in the Hitman video game series and is the sequel to the 2016 game Hitman. The game was released on 13 November 2018 and was met with generally positive reviews, with critics considering it to be an improvement over its predecessor. HITMAN 2 is powered by the Glacier 2 Engine

2060 Super can push over 100 FPS in this title but this game does not use the Ryzen CPU well at all. Still, we do see a pretty big gain for the newer card, which in reality would be even better if the game actually used the Ryzen CPUs properly

So after looking at the benchmarks and numbers, it’s pretty clear at least here in India where AMD’s prices are very very uncompetitive, RTX 2060 Super is a pretty good buy. Anybody with a 6th Gen i5 or first-gen Ryzen 5 or above will have decent gaming experience with this card. However, this combination is far better suited for 1440p gaming rather than 1080p. New PC builders should look to pair this card with the new Ryzen 5 3600 or 3500X, both of which are 7nm 6 core CPUs from AMD. This card is what 2070 should have been at launch instead of 50k asking price. Also, people with 770s and 970s should find this card as a pretty good upgrade