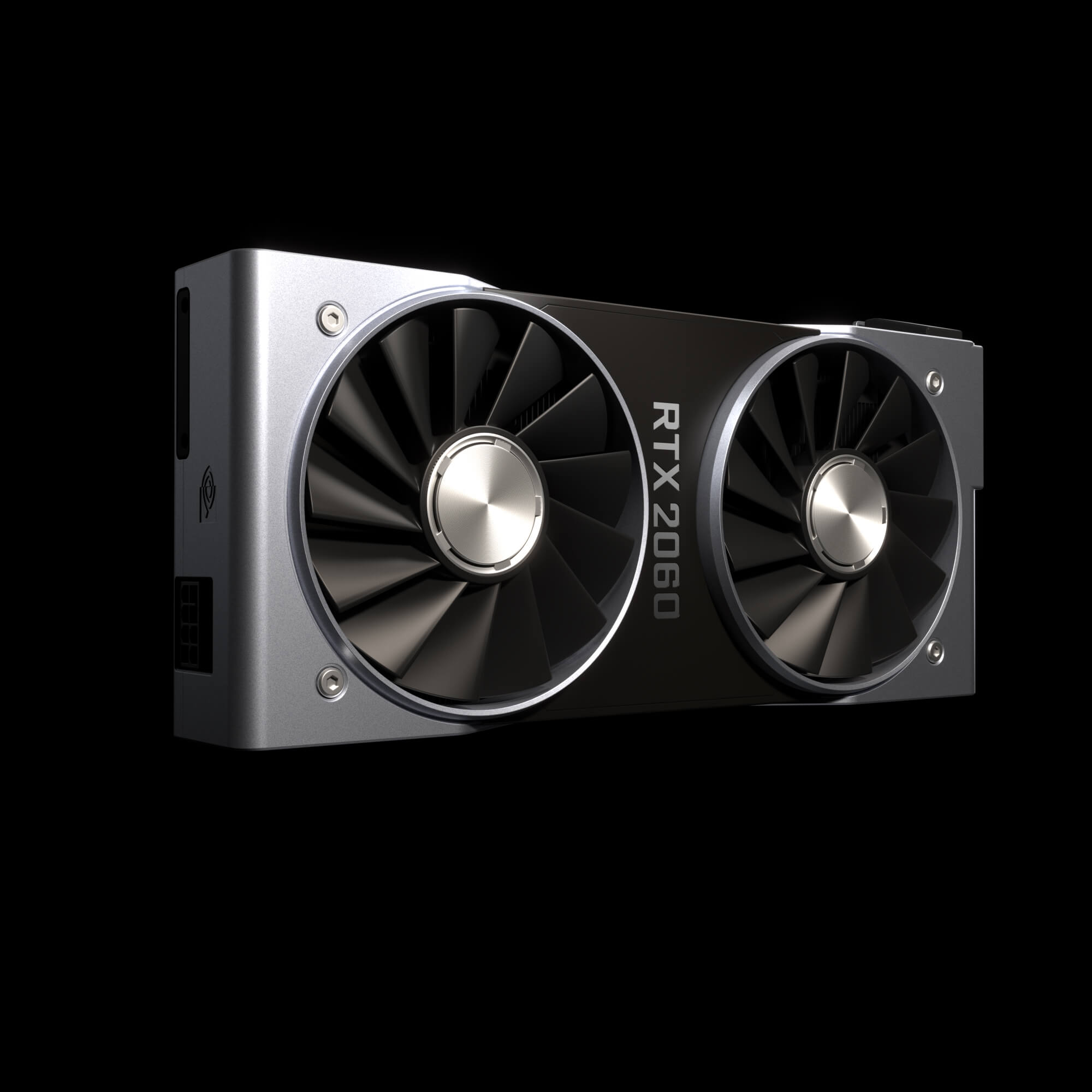 NVIDIA has announced the next member of the GeForce RTX video card family: the GeForce RTX 2060. Designed to offer performance around the outgoing GeForce GTX 1070 Ti, the new card will hit the streets next week on January 15th, with prices starting at $349.

NVIDIA is claiming that the RTX 2060 is 60 percent faster on current titles than the prior-generation GTX 1060, NVIDIA’s most popular GPU, and beats the gameplay of the GeForce GTX 1070 Ti. With Turing’s RT Cores and Tensor Cores, it can run Battlefield V with ray tracing at 60 frames per second.

For a limited time, gamers buying a qualifying GeForce RTX 2060, or a new desktop PC equipped with the RTX 2060, can choose to receive Anthem or Battlefield V. This bundle promotion is available in most regions around the world.

So I guess I was kind of wrong in assuming 2060 would be a non-RTX card back in September but I was not wrong about the price point. However, with only the 590 to compete against for now from AMD, Nvidia is basically replacing their Pascal cards with 1SKU lower Turing cards at the same price. A nice thing for Nvidia but not so much for you.

The RTX 2060 will be available beginning Jan. 15 in systems built by Acer, Alienware, Dell, HP and Lenovo, as well as by leading system builders worldwide.

A stock-clocked RTX 2060 Founders Edition board — designed and built by NVIDIA — will also be available on that date at www.nvidia.com.