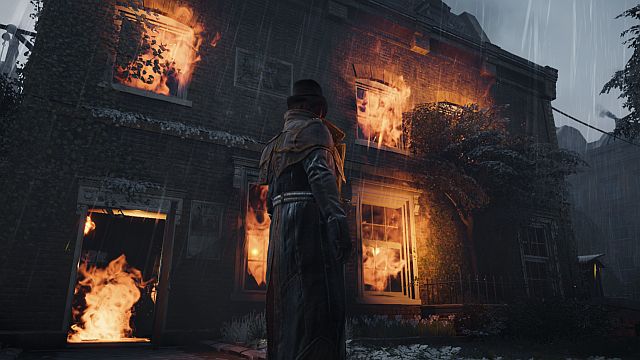 Since Assassin’s Creed Revelation Ubisoft is maintaining a tradition of releasing Assassin’s Creed game every year.Well maybe it pleased the devoted fans of the series but on the other hand it also generated a grudge among gamers that may be by this the series is losing its honor.Last year Assassin’s Creed Unity actually proved that what people were speculating for past couple of years is indeed true.The disastrous debut of unity on next gen consoles(now current gen) and the most powerful platform PC showed Ubisoft has lost their Midas touch.Unfinished,buggy yet visually stunning world of Unity didn’t lived upto the expectation.

2015 is here and so is the new Assassin’s creed game.Assassin’s Creed Syndicate is may be the long awaited fresh start the series needed after the ezio era.After black flag Syndicate actually lives upto the expectation.This time Ubisoft Quebec is the head of the game and they chose the most difficult yet stylish and long requested world from the fans point of view,Victorian London.Begone the structural masterpieces of Rome and Paris,London is vast,heavy.Ubisoft actually managed to capture the essence of London very well in syndicate.As soon as you step in to the open world of London you will instantly feel how Syndicate is absolutely different than previous assassin’s creed games.One thing is very important to mention and I think its now everyone’s concern after the nightmare experience of Unity,Syndicate gradually improved in terms of performance.Syndicate dint sport thousands of useless npcs like unity but yet the streets of London dint feel empty.London is rugged,almost 3 times larger than Paris in Unity.When i first stepped into London it felt kinda dim and ugly for me as its mostly like they chose brown and grey pallet to portray London but my understanding took a huge blow when I first saw the famous Victorian London sky at dusk.Thousands of chimney’s releasing thick black smoke into the air when the sun is setting in the west is absolutely magical in its own terms.Not only that they chose the perfect way to bring out the muddy slums of London and what can I say about the nightlife,the foggy streets lit with gaslight created that perfect mysterious atmosphere.I can say without any hesitation that London is actually one of the biggest plus point of Syndicate’s success. 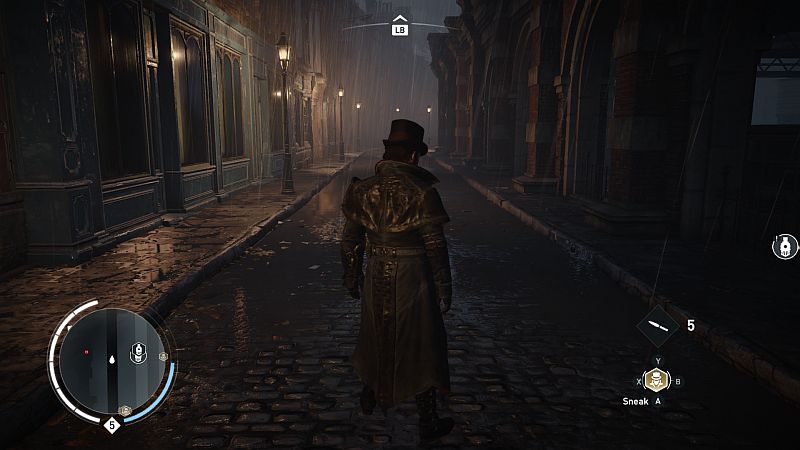 After Ezio Auditore Ubisoft didn’t able to provide us a protagonist who can fill the shoes of the former.Few new assassins made their debut in past 3 years but none of them created that charm what Ezio did in 3 assassin’s creed game.This time Ubiosft chose to feature not one but two assassins in Syndicate.Jacob and Evie Frye,twin assassins who are new and fresh.From the first frame you will notice a sibling rivalry between them and Ubisoft portrayed this throughout the game beautifully.Evie,a female assassin who wants to follow the old traditional path of creed and her ancestors to eradicate the Templars and recover the piece of Eden before they use it for human devastation.On the other hand Jacob is bit more pragmatist who wants to end the oppression in London. Two assassins also feature two different set of abilities.Evie is more into stealth while Jacob like to take challenges in a brutal way.You can switch between Jacob and Evie anytime in the game.Campaign mission are distributed equally among them and its upto you to chose how you want to approach them.But story missions are not only the last thing you want to experience in Syndicate.There are tons of side missions which are equally more entertaining and challenging as the campaign missions.Like any assassin’s creed game Syndicate also sports some famous historical characters tied to some really amusing side missions.Be it retrieving hallucinogenic orchids for Darwin or making a trip to the most dangerous part of london along with Benjamin Disraeli’s wife Syndicate gives you the beautiful opportunity to live a life among greatest legends of Victorian London.Though i felt a bit disappointing with Alexander Graham Bell’s role in the game.Bell was known for some of his greatest inventions in that era similar to Leonardo Da Vinci in Ezio’s time but apart from some silly smoke and electric grenade he doesn’t offer you much of his vast arsenal of inventions.

Now we come to the most important part of the game,Mechanics.Syndicate also follows the same gameplay mechanics like Unity but in more polished way.Parkour,double assassination and some minor mechanics are same as unity.This time Syndicate is more into CQC than any other games in the franchisee.Ubisoft tactically omitted the parry system from unity and reintroduced counter again.The combat system is now featuring a batman style of combo chain which actually makes you very much invincible even against the most dangerous brutes and blighters.New weapons like kukry,canes and brass knuckles also helps you to conquer and become the best in the most brutal gang fights Syndicate features.One addition in the series is now the grapple gun which is very much useful to climb tall London structures. Though it absolutely don’t work as the grappling gun featured in the Batman Arkham series but this one is fun to use and actually makes synchronization points easier to reach.Transportation is added this time and what else it can be than horse drawn carriages in Victorian London.Some key missions also includes carriage chases but it also got a whole set of race events available in every part of London. 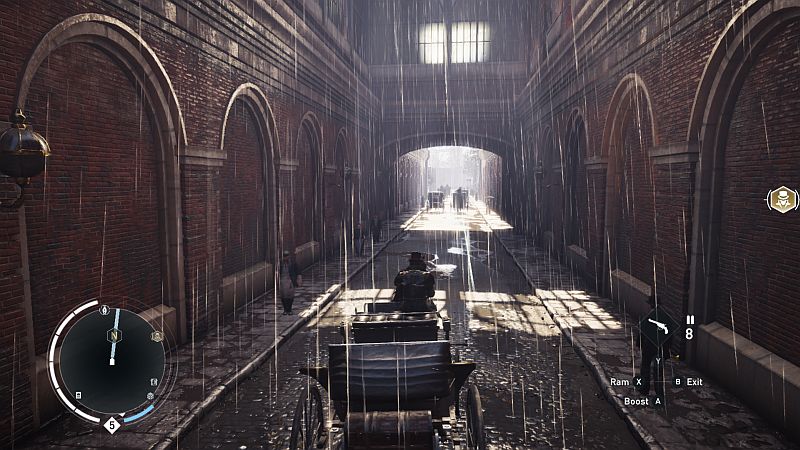 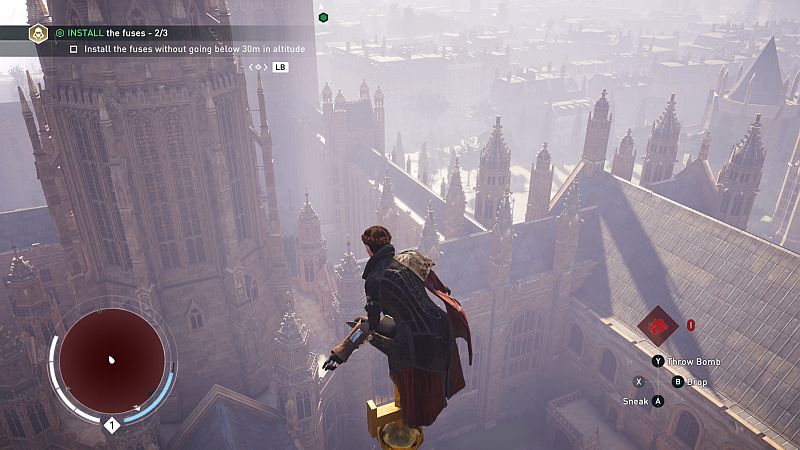 Overall Assassin’s Syndicate is fun and I enjoyed it a lot after last year’s horrible experience with Unity.One thing I have to admit that I really kinda hated the way Syndicate ended,it couldve been far more glorified as the story progressed but it dint happen.Apart from that the game offers fresh new experience which the franchisee was lacking in past couple of years.the jewel in the crown is the !9th century Victorian London which Ubisoft Quebec managed to pull out efficiently. The industrial London,Jacob and Evie Frye wont disappoint you throughout the whole experience.