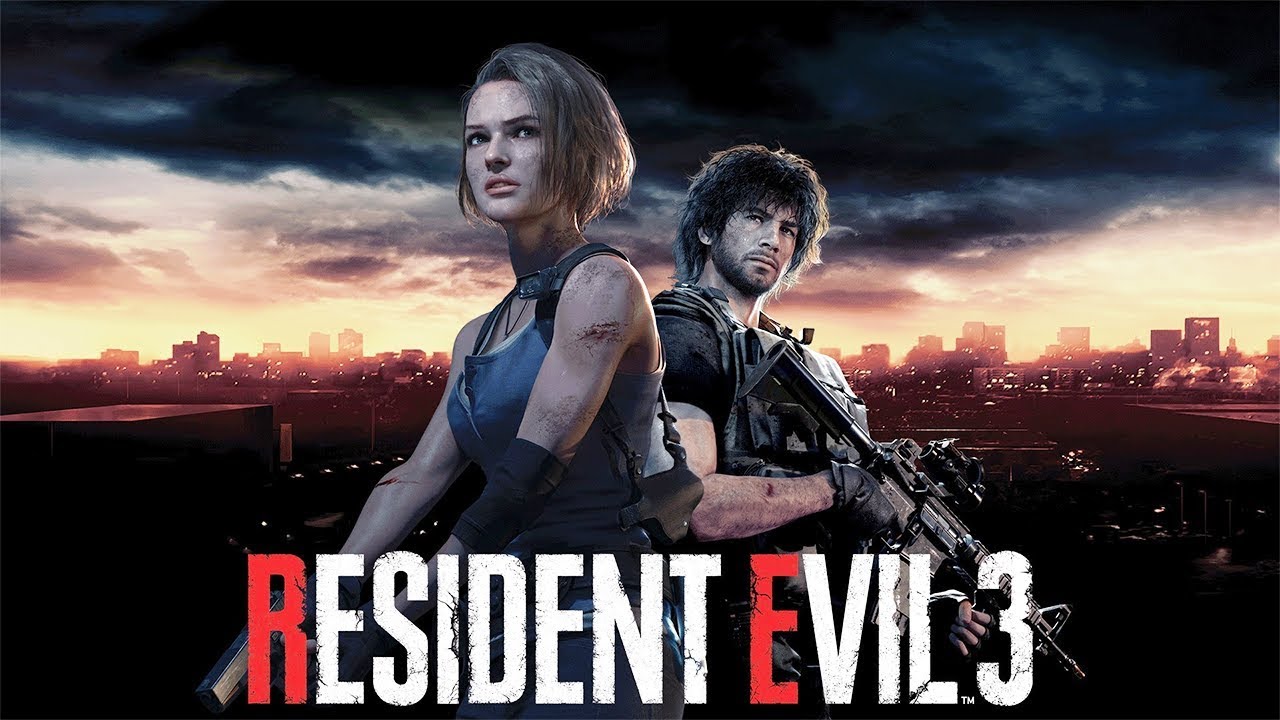 It’s been over 20 years since the original game released for the PlayStation 1. I would be lying through my teeth if I said the original release has aged well, even with my heavily tinted nostalgia goggles on. But Capcom has done a fantastic job with the remake, thanks to the fantastic RE engine and excellent design choices. The end result is a great game that I fondly remember, which is bound to give a whole new generation of gamers sleepless nights.

Resident Evil 3 takes place in the iconic Racoon City, putting you once again in the shoes of Jill Valentine, a S.T.A.R.S. officer, and Carlos Oliveira, a U.B.C.S. grunt. The story takes place directly after the original Resident Evil after a viral outbreak causes people and other creatures to turn into terrifying undead zombies. You team up with Carlos to escape the T-Virus outbreak and the story switches back and forth between their perspectives.

Both Jill and Carlos have received substantial changes to their character designs but not at the expense of their personalities. Jill’s redesign makes her feel more of the sarcastic powerhouse cop that the story portrays her to be, while Carlos seems like the douchy and goofy guy that you grow to like.

While you don’t have the option to freely shift between Jill and Carlos, the game does a pretty good job of switching things around before it gets stale. Jill’s story bits feel like the old school survival horror game that we have come to expect from the series, while Carlos’s sequences feel more arcadey thanks to his automatic rifle which allows him to mow down Zombies with ease.

The original story has been remixed as well, and some of the sequences have been switched around to give older players a sense of unpredictability. The narrative is still goofy and tense as before, but it feels tighter and more focused.

The only complaint I can think of is the short time it takes to complete the game and the amount of backtracking involved. The story will take you around 6-7 hours to complete and ends a bit too soon. Some of the plot points could have been expanded a bit more in my opinion, and this is the first time I found a game to be under staying it’s welcome.

The biggest change aside from the visuals themselves is the perspective in which the game plays out. The camera has been modified just like the previous remake, and it drastically affects the immersion, in a good way. By bringing you up and close to the action, Resident Evil 3 does a great job of leveraging its fantastic atmosphere to deliver some truly tense gameplay.

The legendary Nemesis has also returned and has also received a makeover just like the protagonists. Our chunky pile of meat and death occasionally drops in to remind you of the true definition of fear, as you frantically scurry around to escape or in some truly terrifying sequences face off against this monstrous enemy.

Nemesis is a big part of why the original game was so memorable and I can confirm that he is still a real nightmare and an element of high tension in the game. It’s no longer effective and easy to escape him, as his AI is more effective at hunting you down. Even though he isn’t a constant presence in the game like Mr. X, he is still a lingering sense of threat that eats at you while you explore the vast urban areas of the game, terrified of when he might pop up and attack you.

Of course, almost all the other elements of the original that defined the old school Resident Evil games are retained. From the iconic puzzles to the frantic inventory management, to the excellent interconnected environments. Resident Evil 3 does a great job of recreating the old school gameplay with a modern touch.

There’s quite a variety of monstrosities in the game and each enemy type has its own way of ruining your day. Even the vanilla Zombies feel more agile and threatening and can quickly overwhelm you if you get cornered. Jill can also sidestep most basic attacks and the game controls really well, leaving behind the tanky controls of the past, and further refining the new control scheme introduced in the Resident Evil 2 Remake.

The difficulty is also well done, although there are some fairly odd spikes here and there. The difficulty level directly affects how many enemies spawn, the amount of ammo and items you can get as well as the damage you take and give. I recommend Normal for newcomers and casual players, but if you are a veteran of the game, survivor difficulty is where it’s at. You can easily get your ass handed to you if you are not careful and ammo management is vital to surviving.

As I already said, the game is quite short in terms of length, however, after you initially defeat the game you unlock an in-game store that allows you to buy cheat weapons and items to help you tackle the higher difficulty levels. Nothing helps you to survive the zombie apocalypse than a gun with infinite ammo.

The Mercenaries mode that was included in the original game, has unfortunately not been remade. Instead, a new multiplayer mode called Resident Evil: Resistance is included.

In Resistance, you team up with 4 players or play as the Mastermind, allowing you to set up traps and enemies to finish off the players. I have to say this concept will go really well with the Resident Evil setting, but in a market that’s saturated with such games, it’s going to be hard for Resistance to find a footing.

The RE Engine is quite possibly one of the best engines out there. I find myself constantly awed at how gorgeous and haunting the game feels. The level of detail when it comes to enemies, characters and the world itself is realistic and highly detailed.

This sense of realism is a big part of why the game feels more terrifying and immersive. As you walk through the vast empty urban levels, shadows creep around you and zombies banging at fragile-looking barriers. The atmosphere is phenomenal.

The only issue is that the lip-sync can get a bit hit and miss, but for the most part it feels like I am watching a pre-rendered CGI movie and not playing a game in real-time.

The base PS4 runs without any major hiccups and manages to look stunning, even when I am getting my face eaten off by a zombie. Resident Evil 3 Remake is the most immersive and best looking Resident Evil to date, and it excites me how far Capcom can push this engine in next-gen.