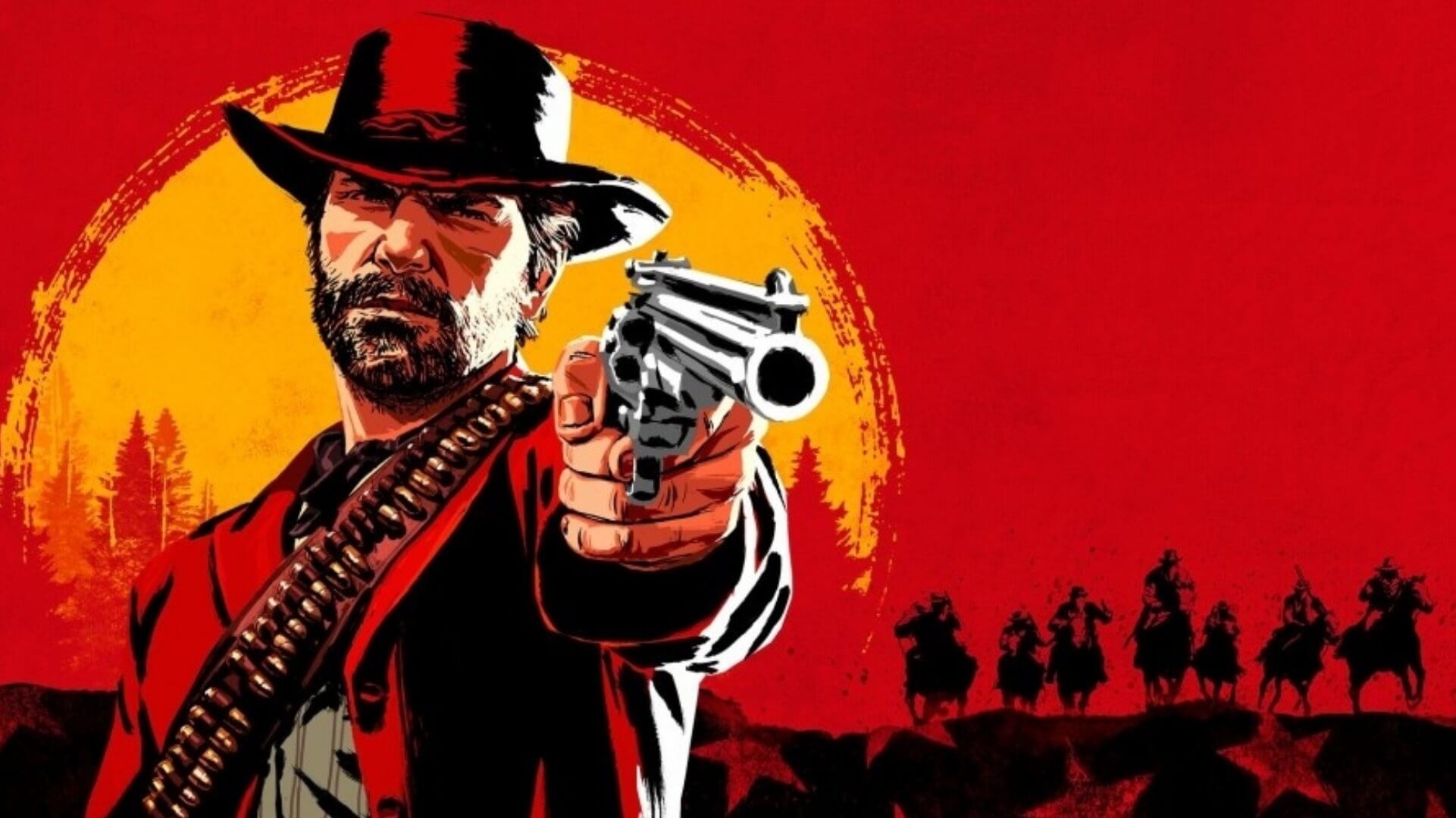 Red Dead Redemption 2 is the most impressive mixture of deep gameplay mechanics, stellar story telling and gorgeous visuals that I have seen in recent gaming history.

The mission structure in this game follows heavily in the steps of Rockstar’s previous games, there are action-packed gunfights, long drawn out chases, multi-tiered heists that are executed with a degree of perfection that only Rockstar can manage. But certain small and significant changes to the core mechanics of Red Dead Redemption 2 makes everything feel fresh and hits makes you go wow like the first time you played a Rockstar game.

While previous games had trouble balancing gameplay with story, Rockstar has managed to masterfully craft a well-paced story that is complemented by its gameplay. By leveraging the old western period’s rich history of outlaws and life in the frontier, Rockstar has given us a story with the production values of a blockbuster movie.

Arthur’s tale is a somber and age-old story of finding your place in a world that no longer wants you. As the western civilization makes its march towards law and order, Dutch van der Linde and his gang members find themselves on the run from Lawmen in a desperate attempt to live free and on their own terms. Arthur’s gang members are brought to life thanks to the well developed AI and the astounding amount of dialogue they have. They eat, socialize, sleep and go out into the world just like you. Arthur’s connection to his fellow gang members are strengthened by the activities you can do with them, a simple fishing trip can end up becoming a walk down memory lane for Arthur and reveal more backstory or they can be a quiet distraction from the more hectic story missions.

Red Dead Redemption 2 takes a more realistic approach to gameplay. You have to maintain your weapons or they will degrade. Arthur has to eat, or he will lose weight if he doesn’t bathe other people will be repulsed and hesitant to talk with him. Every animal that you kill has to be skinned in the most detailed skinning animation I have ever seen in a video game.

Your actions in the world have reactions in a lot of tangible ways, killing innocent people and doing bad deeds in general will lower your honor. This will result in people being reluctant to talk with you, or being downright hostile and if you have recently gone on a shooting spree, entire towns will go on lockdown. On the other hand by maintaining a positive honor, shops will offer you discounts, people that you might have saved will give you gifts and everyone will react positively to you.

The world is filled with things to do, and no journey is a simple gallop from point A to B. You can get ambushed by rival gang members, run into a stranger who has something to say, meet treasure hunters or you might find an animal that you needed to hunt for its skin. It’s these non-scripted moments that help to keep the game fresh even after 50 or 60 hours of playing.

The game has a lot of minigames that are deep enough to be standalone games of their own. Poker, Dominoes and other games can be played at the bar or at your own camp. You can hunt animals for their skin, which can then be sold off or donated to the camp for supplies and upgrades. There are treasures to hunt, unique weapons and clothing to collect, gang hideouts and trains to rob.

Your horse also needs to be tended to and is a big part of the game. There’s an entire menu dedicated to interacting with your horse. And yes, the testicles to shrink in cold places. You cannot magically summon your horse like some other games to allow you to, instead, you can make them follow you around even when you are on foot and improve your relationship with him/her to increase the distance over which you can whistle them to come to you. Your horse will also allow you to store your weapons and extra clothing. Both of which are important because you cannot carry more than 4 weapons and you will need to change clothing based on the temperature of the place you are in.

Deadeye returns from the previous game and has a number of small enhancements that allow you to become the legendary gunslinger that you always wanted to be. There is something extremely satisfying about being able to take out an entire group of bandits in one efficient go.

R* has always excelled in creating believable organic open worlds with an incredible attention to detail but Red Dead Redemption 2 takes this to a whole new level.

Red Dead Redemption 2’s world is a living entity with its own characteristics and personality. it does not revolve around you, you are just a small fleck in the grander scheme of things. Sure you can influence a lot of events by stepping in, but even if you don’t the rest of the game will carry on without you. Bandits will attack other travelers, animals will hunt, people will argue, bars will be filled with patrons and even your gang will continue on with their lives every day.

While other developers settle for just immersing you in their game with fancy gimmicks, Rockstar ups the bar so high that it might be hard for me to call another game immersive. The world feels so alive and dynamic that you find yourself projected inside the world, captured by the addictive and satisfying gameplay that the game offers.

Graphically Red Dead Redemption 2 manages to continue the high standard it has set for in the other departments. Rockstar is known to push consoles to their absolute limit and this game is no different. From the animation quality to the textures and the overall fidelity, this game looks gorgeous.
It runs on native 4k on the Xbox One X and checkerboard rendering on the PS4 Pro while the base Xbox One runs at 900p and the PS4 runs at 1080p. Framerate managed to stay locked at 30 FPS while in the wild but in crowded areas like St Dennis framerate drops to the mid-20s in all but the Xbox One X. Overall, I am highly impressed by the technical accomplishments of this game.

The top-notch story, visuals and gameplay are complemented by the equally impressive audio. The game has a wide array of audio effects that add a satisfying feeling to every action you do and a stellar OST by Woody Jackson that manages to meet the high standards set by its predecessor.

Rockstar has proved that video games can be a form of art and created a journey that brings the player on board for the memorable virtual ride of their ride.