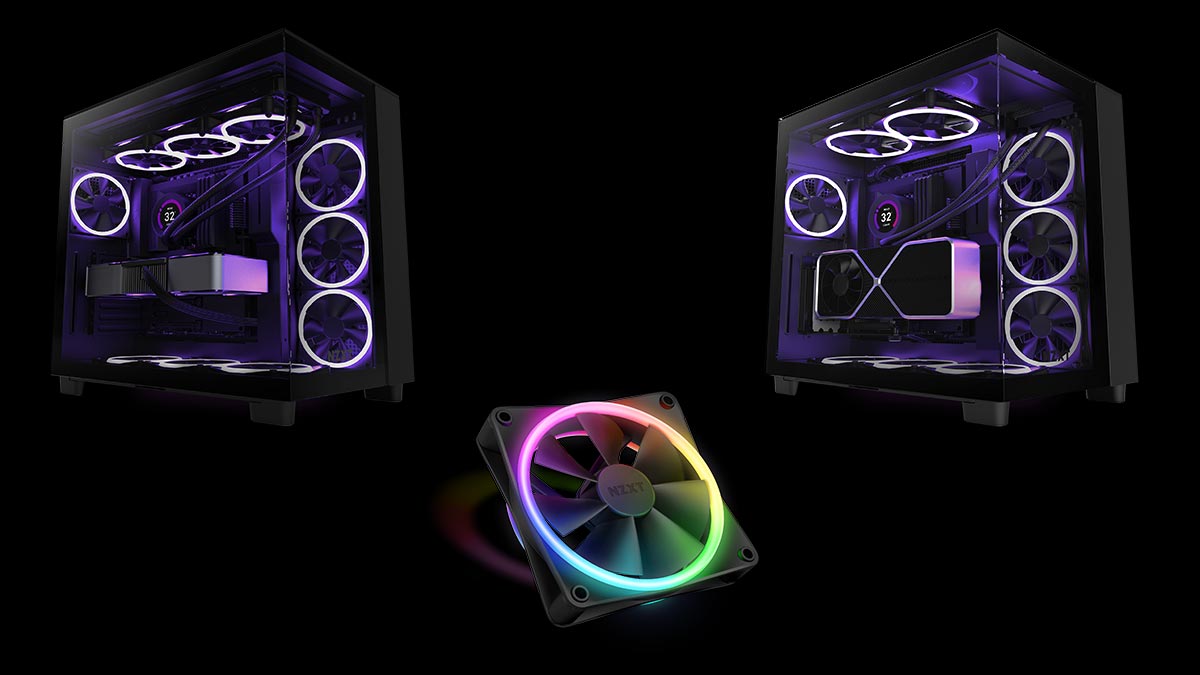 The H9 Series features two new ATX-compatible cases that will be the latest and largest options featured in NZXT’s mid-tower lineup; they feature enough room for up to ten fans and direct airflow to cool off the most powerful video cards. The H9 Flow and H9 Elite are flexible to suit any type of build due to their large size, radiator support, and color schemes.

A perforated mesh top panel gives the H9 a greater focus on cooling performance. In addition, the case comes equipped with four 120mm F Series Quiet Airflow fans to supplement airflow further. With superior airflow, the H9 Flow is the perfect case for people who want to build a system with the latest components with greater cooling requirements.

The H9 Elite is an elegant way to accommodate builders who want a large tempered glass enclosure to show off their RGB builds, whether they want to share their setup on social media or their stream. With tempered glass on three sides for an uninterrupted look, a top radiator/fan, and with three included RGB Duo fans with an NZXT RGB and Fan controller V2, it is a perfect case to show off premium components.

The new C1200 Gold is an ATX 3.0 PSU that pumps up to 600 watts of power to NVIDIA 40-series graphics cards over a single cable while maintaining highly efficient, low-noise performance. Get clean power for the latest graphics cards and the most efficient power possible thanks to this power supply.

Light up a build with dual-sided RGB fans that will bathe both the interior and exterior and control and customize the color and fan curves with an NZXT RGB & Fan Controller V2. Sync styles with 3 fan channels and 6 lighting channels across compatible NZXT devices featuring NZXT CAM.

Features included in the H9 series

Features exclusive to the H9 Flow

Features exclusive to the H9 Elite