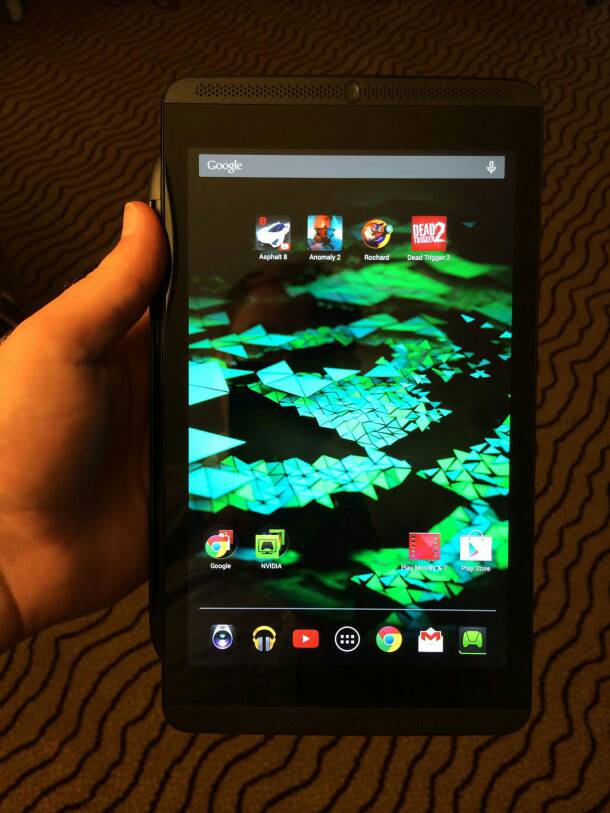 Last week Nvidia was rumored to be prepping the reveal of a new device running Android and capable of streaming games from your PC. Today, it revealed the Shield Tablet, an 8-inch tablet that uses Nvidia’s Tegra K1 chip to do just that.

Starting at $299 for a 16GB-capacity version, the Shield Tablet has a full HD display and large (for a tablet) front-facing speakers on either side. It has built in Wi-Fi enabling you to stream games from your PC, but the $399 model has an optional LTE plan available for online games outside of wifi range. Even though the more expensive version has 32GB of storage, the space seems limited for a gaming device, but both models have a MicroSD card slot that can support another 128GB of memory. The Shield Tablet also sports a Mini-HDMI port and can be hooked up to a TV or external Monitor, capable of running in 1080p.Nvidia has paired the release of the tablet with the Shield Wireless Controller, a gamepad connected by Wi-Fi Direct and designed to go with the device, but the two will be sold separately. At $59, the rechargeable controller has all the buttons and sticks you have come to expect, with the addition of a headphone/mic jack for audio streaming, volume controls, a button for voice control, and a small touchpad. The Shield tablet is being shown with a hard cover that folds back into a stand and will also be sold sepra1separately for $39. 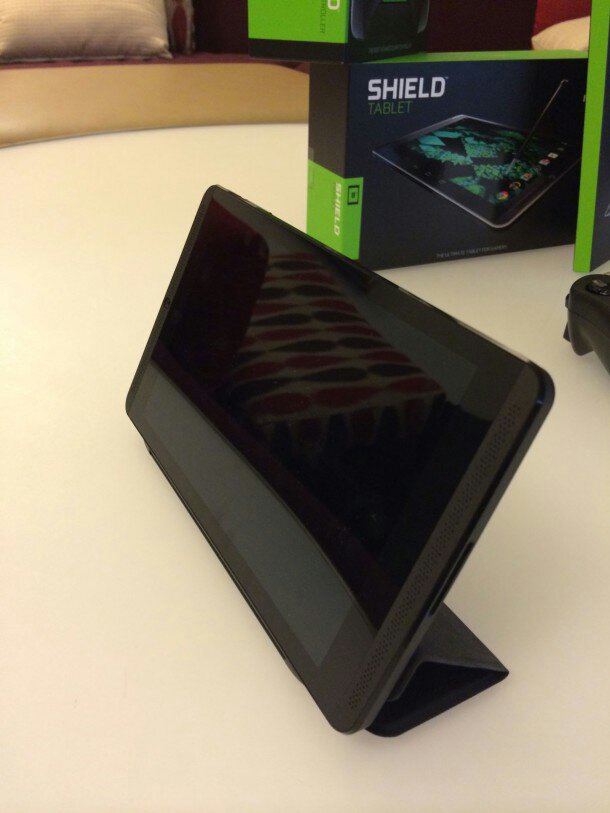 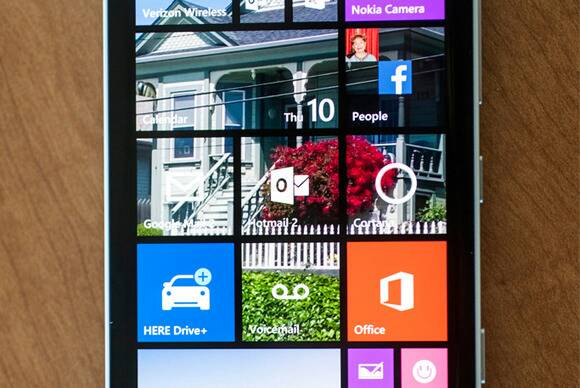 One of the more impressive features is the tablet’s integration with Nvidia’s Shadowplay service. Shadowplay allows you to livestream whatever you are playing on the Shield Tablet to your Twitch channel, and its even equipped with a 5MP camera on the front for a face-cam in the corner. When paired with the LTE coverage, streamers would no longer be limited to the traditional desk and keyboard set ups we see. However, there is no word on how you will control your twitch stream settings or chat, done through the Twitch dashboard on a PC, and if it isn’t made easy then I could see a lot of current streamers not being interested.Our own Cory Banks has spent some time with the Shield Tablet and Controller—that’s his grubby paw in the controller photo—and says the hardware feels good. The 8-inch screen looks gorgeous and the tablet feels good in your hands, while the controller’s chunkiness is reminiscent of the design behind Nvidia’s original Shield (now called Shield Portable). Feeling good isn’t enough, however, and we’re looking forward to more time with the setup so we can test how usable the Android-powered tablet will be for PC gamers and Twitch streamers. 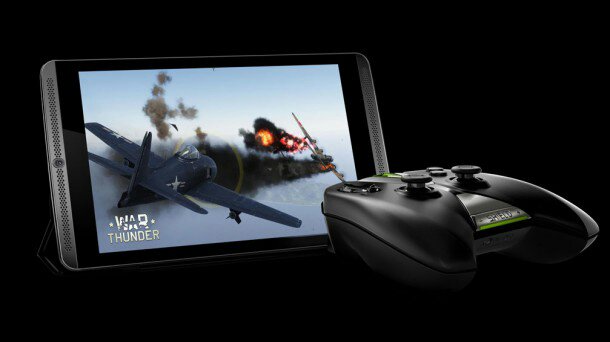 The Shield Tablet, Cover, and Wireless Controller are all set to release on July 29th in the US & Canada, and August 14th in Europe. 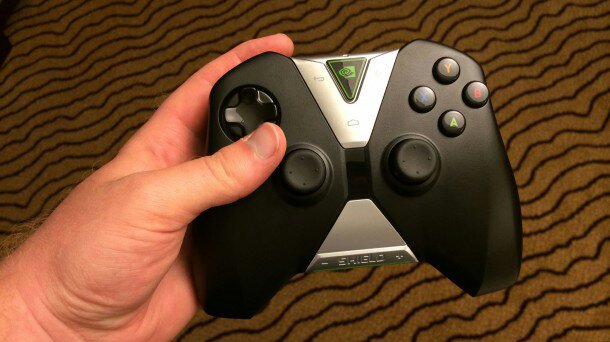