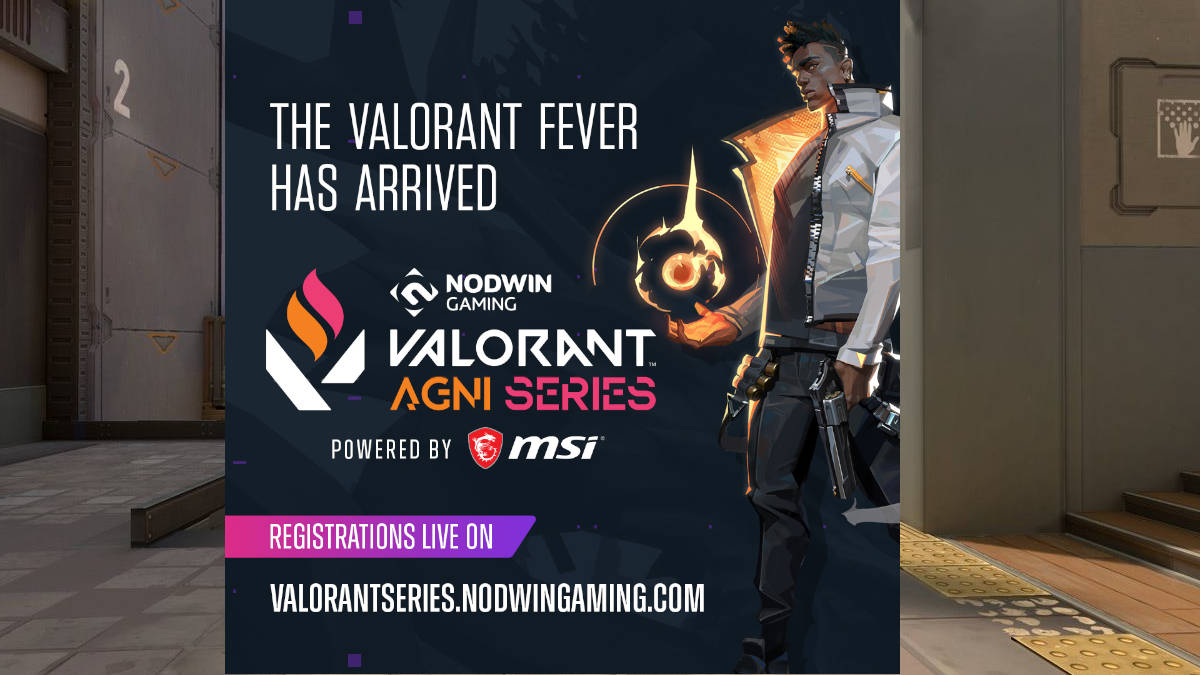 – NODWIN Gaming, Asia’s leading esports company, announces the launch of its first-ever Valorant tournament – NODWIN Valorant Agni Series 2020. Registrations for the tournament opened on August 4. As a run-up to the tournament, NODWIN successfully hosted a one-day Valorant Invitational on August 4 with a star-studded line-up of some of India’s most popular gamers, streamers and influencers.

Valorant is a free-to-play, multiplayer, tactical first-person shooter game developed and published by Riot Games. The sixty-four days long Agni Series will have a total of four online qualifiers with each round having a separate finale. The first qualifier will be held on August 21. The winners of each of the four qualifiers will battle it out to claim the whopping prize pool of INR 4.25 lakhs in the grand finale to be held on October 23.

“With this series, we’ve kept our promise to all Valorant fans who’ve been eagerly waiting for this FPS game to come in the Indian esports circuit. We couldn’t have found a better time to make this possible. We guarantee that this is going to be an epic tournament with laser focus on developing the local competitive grassroots ecosystem. This will create a solid foundation that will help build a conducive environment for FPS games in India,” said Akshat Rathee, Co-Founder & MD, NODWIN Gaming.

The competition is open to all, providing both potential amateur entrants as well as experienced veterans with a platform that allows them to feed off each other’s energies and pick up different gaming strategies and skillsets. Additionally, a prize money of INR 2 Lacs is set for an Influencer programme around the tournament.

The NODWIN Valorant Agni Series will be broadcasted live on the NODWIN Gaming YouTube channel.

Teams can register for the first qualifier through the tournament’s official website: https://valorantseries.nodwingaming.com