Neon Chrome is a top down shooter with rogue like elements and a heavy cyberpunk theme. The game is fast paced and like any good rogue like the slightest elements can result in a Game Over. It has been developed and published by 10tons Ltd( Also the developers of Crimsonland ) . In this review we will take a look at if this game is worth buying. 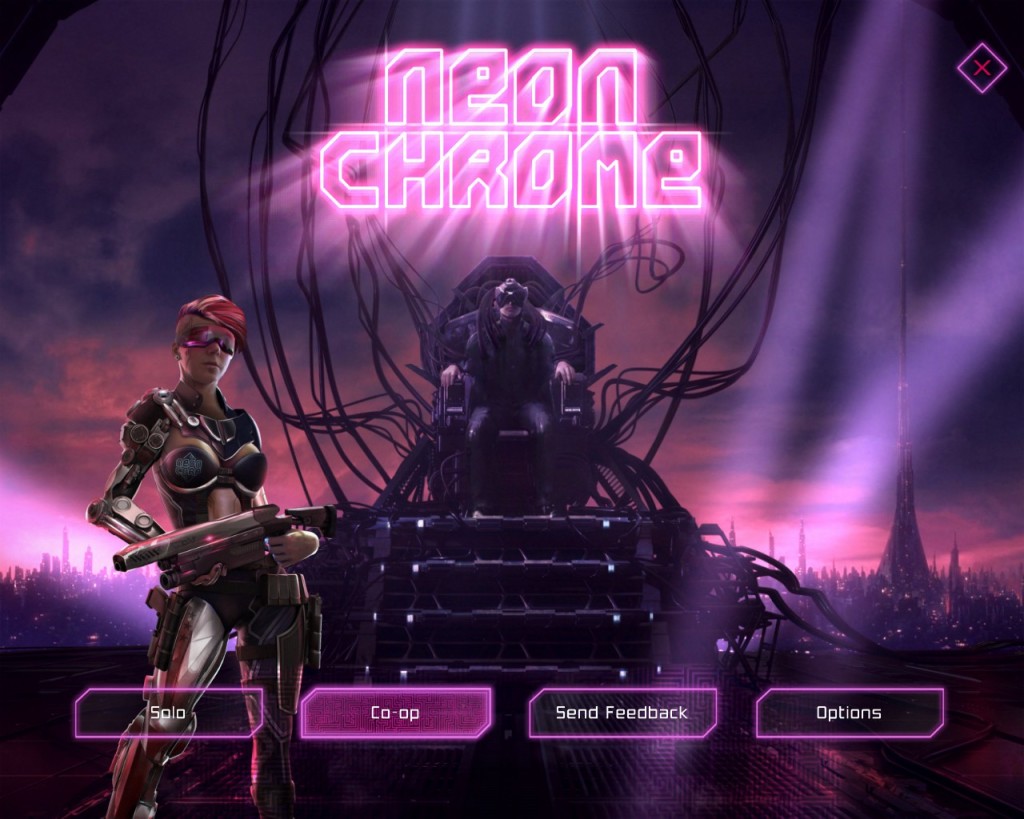 The game starts you off with a person who is in possession of something called an “Immersion Chair” . With the help of this he can plug into several assets . Assets are basically people whom the protagonist takes over . Assets can have various abilities and they are randomly generated on each play through with completely different names even  . On each play through we are given 3 assets to choose from.

The player can choose from any of the offered assets and then has to shoot their way through semi procedurally  generated levels . The goal of each level is to get a key and then open a door to exit the level . The key is usually held by a key master .  There are numerous kinds of enemies who will attack the player on the way . Normal guards , robotic spiders , Turrets etc .

The main goal of the game is to beat all levels and then finally beat the “Overseer” who is a kind of authority figure or dictator reminiscent of dystopian Sci fi novels . 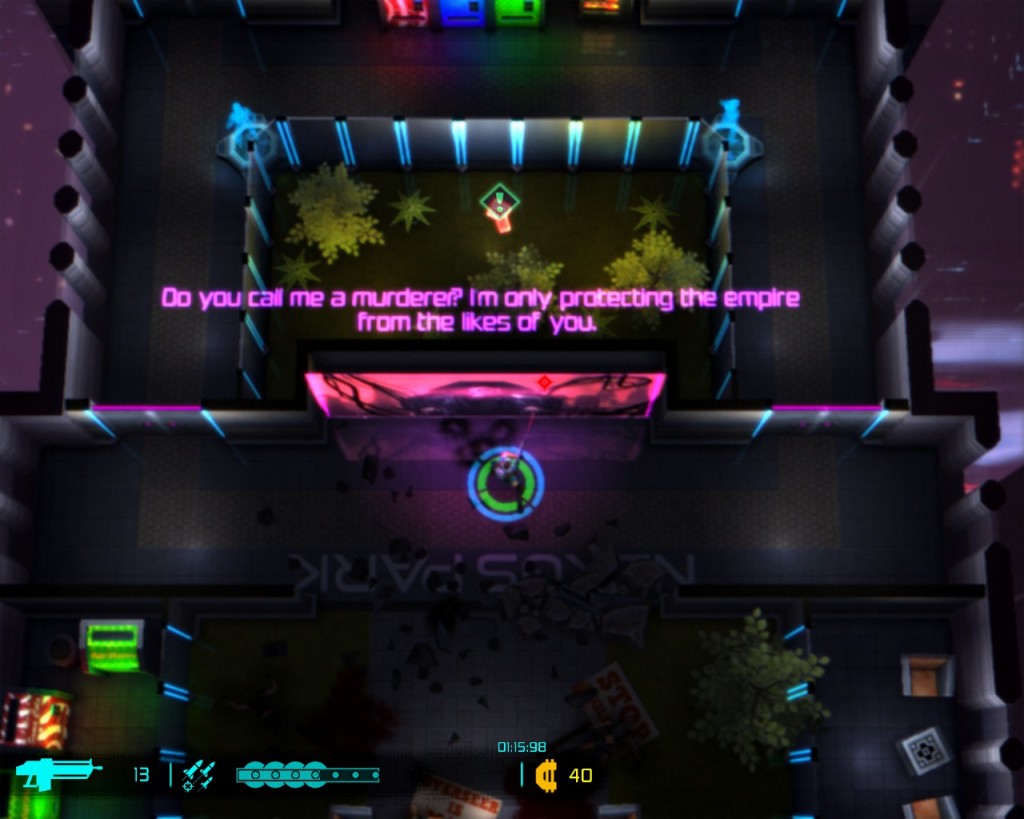 Every asset has a primary attack and a secondary more powerful attack . The player may also pick up more powerful weapons along the way by killing enemies and looting boxes scattered throughout the levels . Weapons are of various types like Assault rifles , SMGs , Shotguns and rockets .  Also the ability of each asset can be upgraded at various upgrade booths where they are implanted with cybernetic implants . All in true cyberpunk fashion . The game is very fast paced and one can often die very fast if they are swarmed by enemies . As any good rogue like some amount of patience and strategy is required . For example a Hacker class asset can hack into turrets and disable them . A very useful skill indeed.  The game plays out like a standard top down shooter and the controls are solid . The shooting feels satisfying.  The gameplay is much more engaging and fun than dare i say many modern AAA shooters .

Each class offers a different kind of gameplay . Go the all assault route or trick and hack your way through . You have complete freedom . 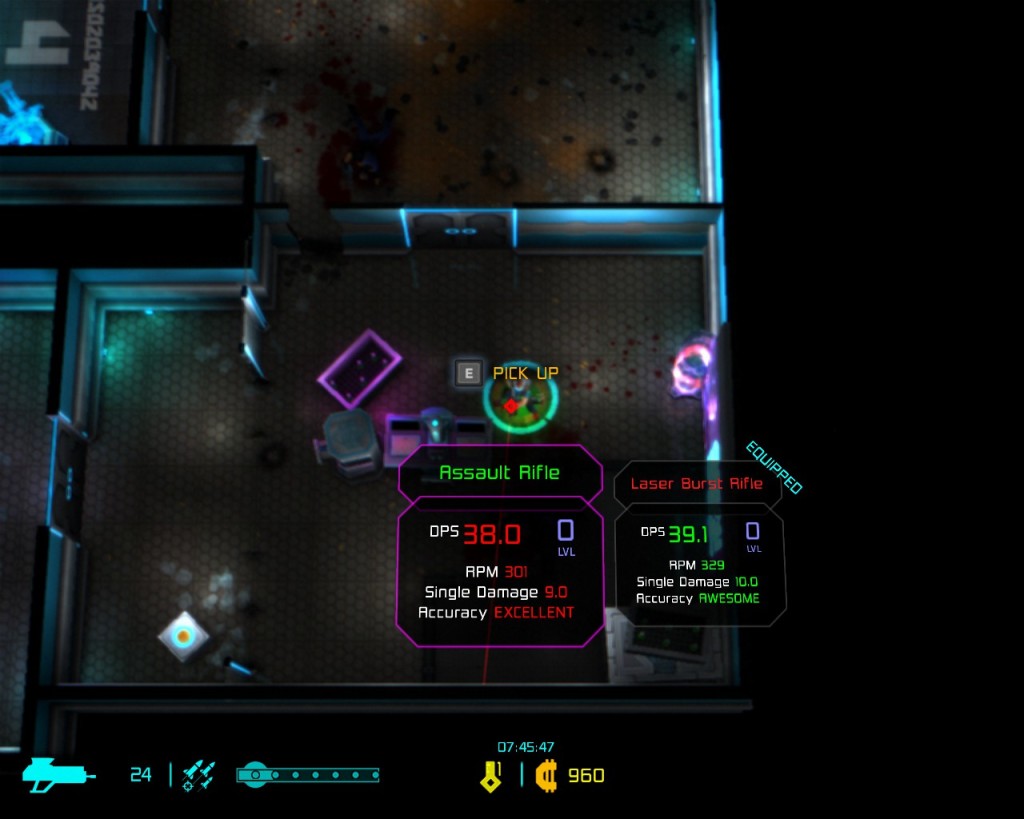 After any asset dies the player is shown the score and whom the asset was killed by . Then the game again returns to the protagonist who is then left to choose a new asset .  From this area the player can also do other things like buy weapons for their assets , upgrade their abilities and so on. 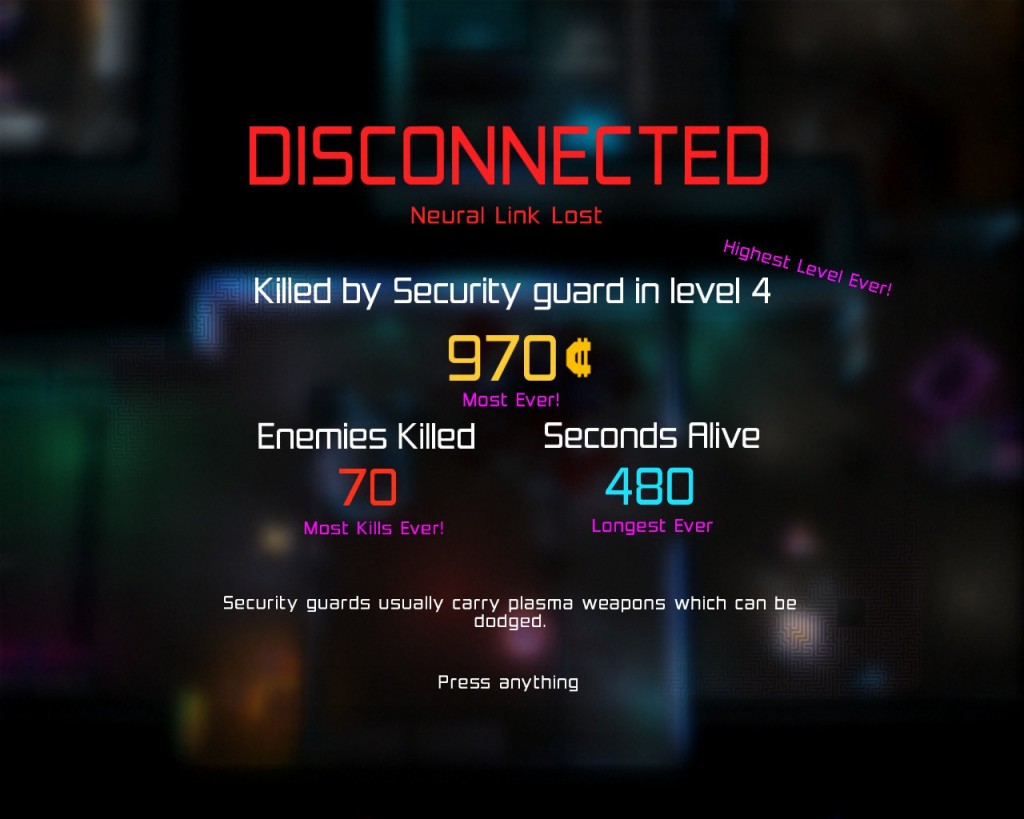 The game has nice graphics. Nothing too spectacular of course but then again this isnt a AAA video game . The aesthetic is perfect for the cyberpunk theme . And the soundtrack is just fantastic . I have always been a fan of cyberpunk movies and literature and the music just kills it.

In my play through I only ran into one small bug . I was playing with a Hacker class Asset and he is always accompanied by a Drone which follows the character an shoots at enemies . The drone got stuck at an area and i had to go back to it to get it to follow me again . The path finding algorithms need a bit improvement seems .  However its nothing game breaking whatsoever.