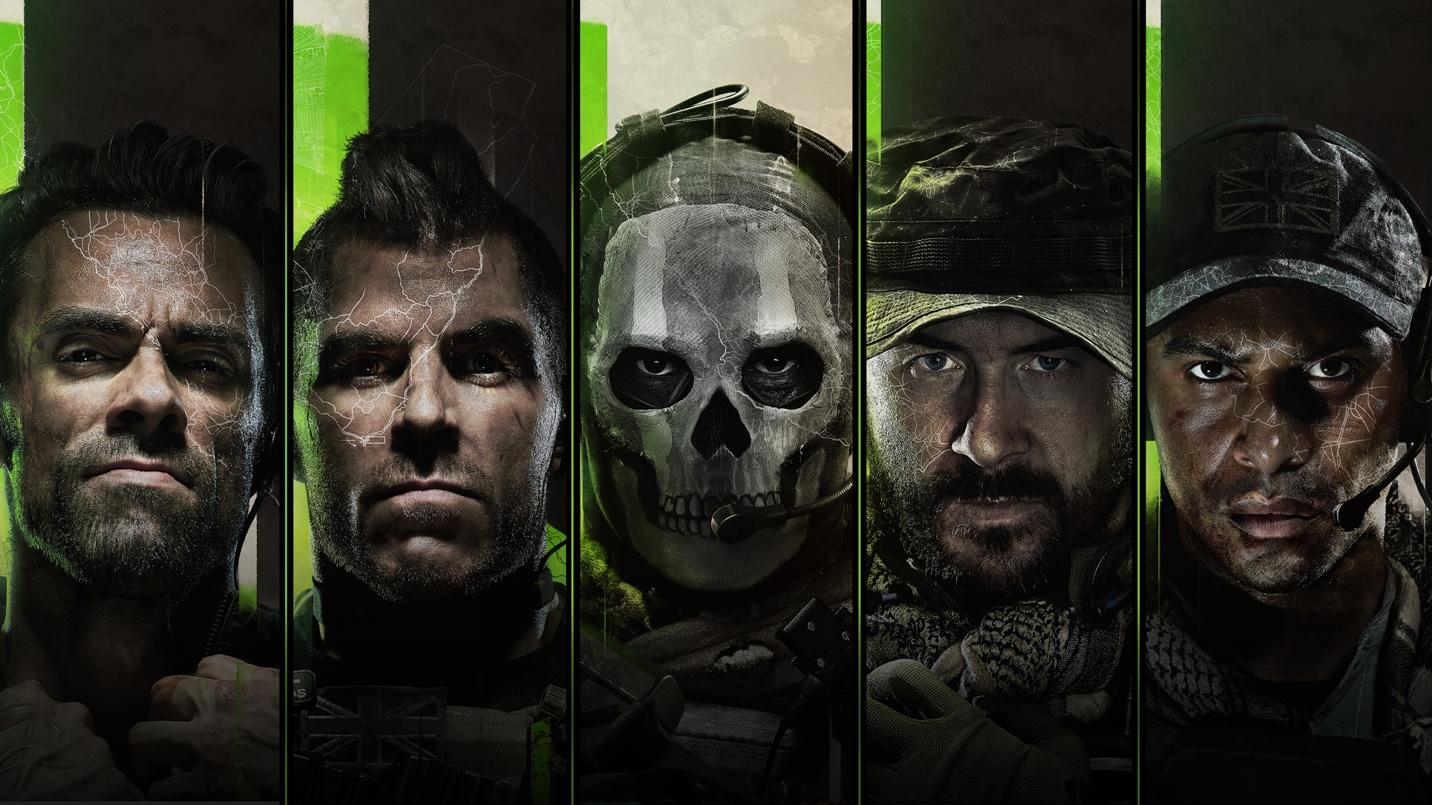 Back when the original Modern Warfare and its sequel Modern Warfare 2 debuted, it created history, with its excellent campaign and multiplayer experience, laying the foundations that the series has ever since built. It was a pleasant surprise to many when the 2019 reboot was able to emulate what made the original games so exciting to play, so effectively, not only the structure of its predecessors but also their impact on the franchise, thanks to a new graphics engine and new gameplay mechanics, as well as the smash hit F2P Warzone mode. Now Modern Warfare II has arrived, bringing in the next chapter of the reboot saga.

The single-player campaigns of COD games have always been a bit of a hit-and-miss for the franchise, with some excellent stories being told over the years with a few less-than-stellar ones and even a total lack of campaigns for some titles. Most players tend to skip over the story, but I have always found them to be entertaining action filled experiences.

Perhaps in anticipation of most players skipping out on the campaign, Activision has given players who pre-ordered the game early access to the campaign, as well as rewards that would be usable when the multiplayer unlocked on 28th October.

The narrative follows Task Force 141, as they trot over the globe in the hunt for Hassan Zyani, a major in the Quds force as they stumble onto a plot of treachery and far more sinister plots. The plot is much more grounded and self-contained this time around, keeping in mind that the original Modern Warfare 2 featured a Russian invasion of the US.

Now more believable situations are imposed, such as operations on the border between the United States and Mexico, espionage missions, and smaller skirmishes. There are still big and explosive missions, including a highly enjoyable mission where you provide air support aboard a gunship and an intense vehicle chase that showcases the new vehicle mechanics.

There are nods to classic levels, such as Favela, Gulag, and a lot of reborn characters that the fans of the original trilogy will enjoy. It’s a highly enjoyable and action-packed 5-hour experience, with its fair share of epic moments, but ultimately it fails to reach the heights set by some of its predecessors.

Some of the new additions such as phases of infiltration and crafting, as well as being able to choose dialogue in the occasional conversations are welcome additions that I hope will return in future sequels.

Of course, the main highlight of any Call of Duty remains multiplayer, and this year’s installment comes packed with content and the fast-paced action that made the 2019 iteration a favorite amongst the community.

Modern Warfare II features the same low TTK that was a key feature in the original Modern Warfare reboot and features realistic recoil patterns, and an emphasis on weapon customization.

If there’s one thing that is guaranteed with each new installment there is always the promise that will be entertaining. The map design is primarily divided into three lanes with some verticality thrown in. Some maps also feature underwater sections that allow you more tactical opportunities.

Most of the straight forward action-packed fan-favorite modes are there including TDM, FFA, Hardpoint, and Kill Confirmed. For people looking for a more tactical experience, the search-and-destroy and prisoner-rescue modes offer more slower and methodical gameplay.

The Modern Warfare II number game is quite impressive with over 40 main weapons divided into 7 categories, 25 operators, 11 maps for classic modes, this is small or medium size, and another 5 larger maps for Ground War and Invasion mode (32v32 with use of vehicles).

Speaking of Ground War, the mode returns from the 2019 reboot and features a tighter map design that allows for more engagements. Coupled with the great gunplay and refined vehicle mechanics, Modern Warfare II’s Ground War mode ends up being a pretty fun experience overall.

Overall, the pace of the game is faster than in previous years, without essential changes to the core gameplay. What has changed, however, is the system of streaks and unlocks. Score streaks make a return, however, they are not like BO: Cold War, where the score after your death would count towards a streak, instead, it’s similar to killstreaks, and you lose any progression as soon as you die. The good thing about score streaks is that you get rewarded for playing objectives instead of focusing on PVP.

The gunsmith returns, but the progression system for unlocking new guns has changed. You still earn XP for playing with a particular gun, and this accumulated XP results in you unlocking new attachments which influence various parameters of your weapon. However, advanced models of each gun type are locked behind challenges involving a lower variant.

The good thing about this system is that it works as a “super specialization”. Only those who, for example, play with a tactical rifle, will unlock the most advanced models. However, there are guns that require you to play a totally different gun type in order to unlock them, which might be a bit frustrating for some people.

Despite my previous statement that the core gameplay remains changed, there is one experimental mode that has been added, and that is the third-person mode. As expected, the COD gameplay mechanics don’t really work in 3rd person, and there’s a lot of tweaking required, but it’s a fun diversion nonetheless.

Finally, let’s focus on the cooperative mode, which is played as if they were missions for Task Force 141 commissioned by Laswell. They have their own story and are not your typical “old” Spec Ops wave game.

Each mission starts off with a tactical insertion for two players, on an open map with several objectives, and it introduces a lot of mechanics: parachute jumping, use of recon drones, driving vehicles, and disabling traps, in addition to the exchanges of fire with the enemy.

Overall, the multiplayer experience is highly promising. Over time, adjustments to the spawn points, balances, and more maps will make MW II one of the best MP experiences in the series’s long history.

Modern Warfare 2 runs on the same engine as the 2019 installment, which has been improved over the past few years. And the truth is that it looks amazing. The campaign gives us some levels that look spectacular, like the streets of Amsterdam and the freighter.

Above all, the water stands out, with the water caustics and superb effects. The fog and smoke, with combined with the excellent lighting and shadow rendering make the game look jaw-dropping at times. The destruction effects, especially in the AC-130 levels, are especially awesome.

On the other hand, the AI ​​of the enemies has also improved, although a lot of the difficulty can be attributed to the addition of body armor, but it still leaves a bit to be desired.

When it comes to a first-person shooter, it’s all about performance, feedback from different weapons, and immersion on the battlefield. And in that, Modern Warfare II does not fail; it’s an extremely polished and superior game to most of the offerings on the market.

From the sound design to the realistic weapon models, down to the way they handle in-game, the experience offered by Modern Warfare II is truly immersive.

It is clear that Call of Duty Modern Warfare 2 is an overall improvement compared to its previous installments. Both in the amount of content and in the technical aspects we find a very solid delivery.

The single-player brings back some fan-favorite characters and offers a highly enjoyable experience, but it doesn’t have the impact that the original MW2 left us a few years ago.

The multiplayer formula, with a few tweaks here and there, is still great. In fact, it’s the reason why millions of gamers return to the franchise year after year.

And the multiplayer, which works very well, sits on the familiar pillars, with small improvements that do not alter the core gameplay that makes COD the leader of this genre.

+ The multiplayer remains one of the best offerings on the market

+ Ground war is an excellent addition to the gameplay modes, and offers a huge playground for players to wage large-scale warfare

– The storyline fails to keep its momentum towards the end, despite some fan favorites returning

– Bugs and crashes dampen the experience