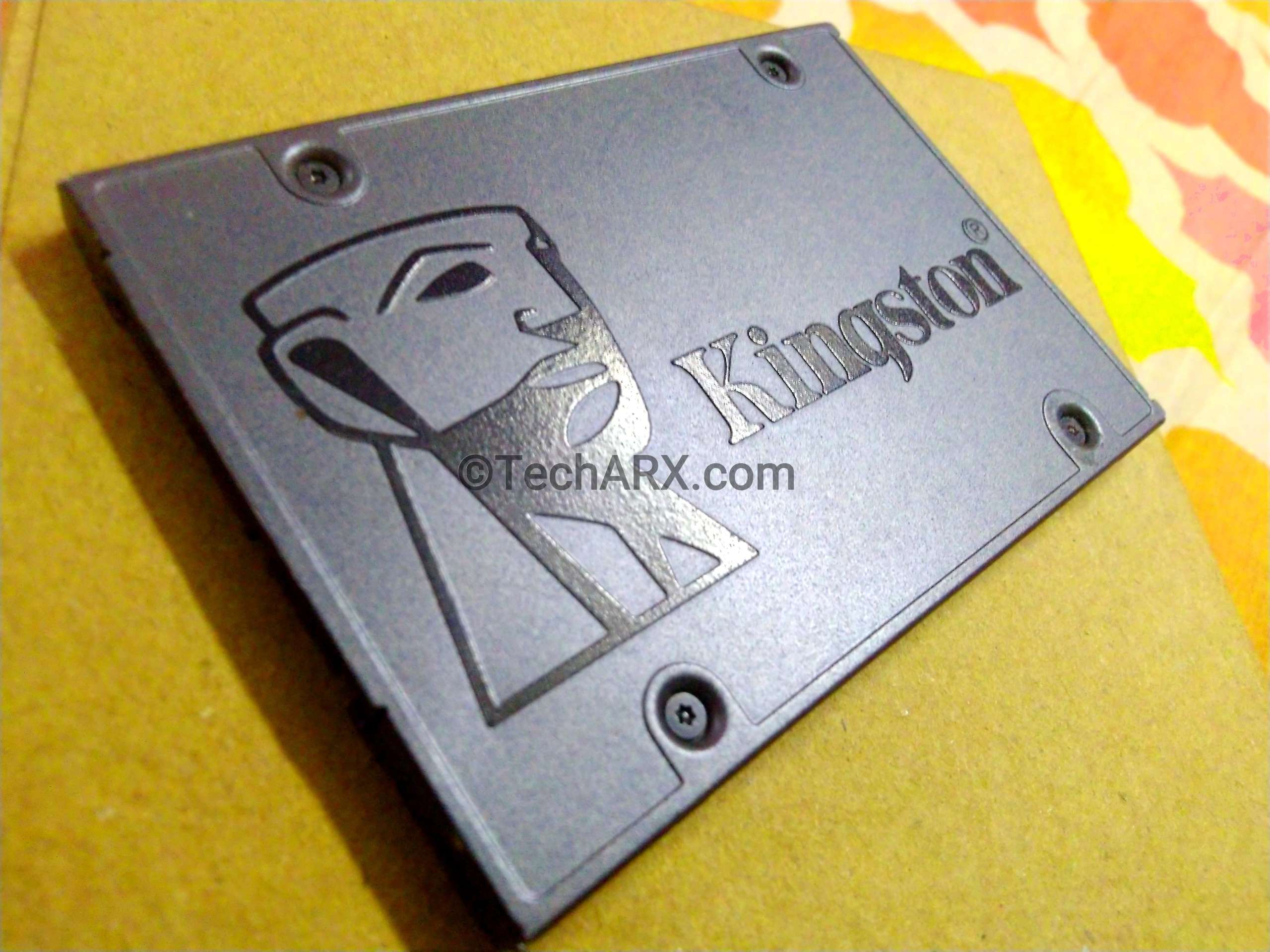 The SSDNow A400 uses TLC (triple-level cell) memories, which means every cell can store three bits per cell, this translates to higher capacity at a lower cost. The bigger issue, however, is that there is more cell wearing on the erasing process before writing new data, which means lifespan is shorter. This, however, is balanced by a High TBW value which is sufficient for normal home users and gamers. The Kingston A400 SSD comes with a TBW value of 80TB for the 240GB model so the user can rest easy!

The Kingston A400 SSD comes in a gray plastic casing with the Kingston Logo on top.

Opening up the drive we see a half length PCB. Two flash memory is at the solder side.

On the other side we see two more flash memory along with the controller, there is no cache memory.

Kingston uses the CP33238B controller on this chip, which is a relabeled Phison PS3111-S11 focussed at DRAM-less solutions. Our regular readers would remember that the Phison PS3111-S11 is also used in the GALAX GAMER SSD L 120GB. Which we have reviewed here.

We ran the A400 through our usual suite for storage and here are the results.

Atto Disk Benchmark
The great thing about ATTO is that one can test with predefined block sizes. So, we can test with a 32MB sequence of 4KB files, yet also 32MB in 1MB files, providing an opportunity to test with various file sizes. This benchmark is a preferred among manufacturers as ATTO uses RAW or compressible data and, for our benchmarks, we used a set length of 256mb and tested both the Read and Write performances for various transfer sizes ranging from 0.5 to 8192kb with a queue depth of 4 and 8

With speeds touching the 500Mb/s mark, the SSD is off to a good start matching the advertised figures.

Anvil’s Storage utilities Benchmark
Anvil Pro or Anvil’s Storage Utilities[Depending on what you’d want to call it] is an ‘all inclusive’ storage utility that allows testing transfer speeds as well as IOPS and lets the user tweak and adjust to find just the right mix in their testing medium, the IOPS tests being fully configurable with preset testing scenarios for read, write and mixed IO. The Benchmarks menu includes an SSD test, Endurance Testing, and 3 pre-configured IOPS tests.

HD Tune
HD Tune Pro is a hard disk utility and benchmarking utility for Windows. This tiny application allows you to scan your hard drives for errors or take a deeper look at several performance figures coming from the storage unit. We used the included Benchmark utility tool to our hearts’ content, because why not?

AS SSD benchmark Suite
This nice little German application gives an extensive result set. The test is popular, so I included it. AS SSD, for the most part, gives us the worst case scenario in SSD transfer speeds because of its use of incompressible data.

And that concludes the benchmarks for the A400.

Kingston is an old player in the memory market and storage market and they have managed to bring out more than a few good products in their reign. The Kingston A400 SSD is Kingston’s shot at the budget SSD market with the Phison PS3111-S11 controller. The market indeed is already filled with products from other players but Kingston has managed to hold its own. The A400 gives a performance on par with the other offerings in the market. And with a competitive price to boot, we have no problem suggesting this SSD for our upcoming builds.

A Silver from Team TechARX!