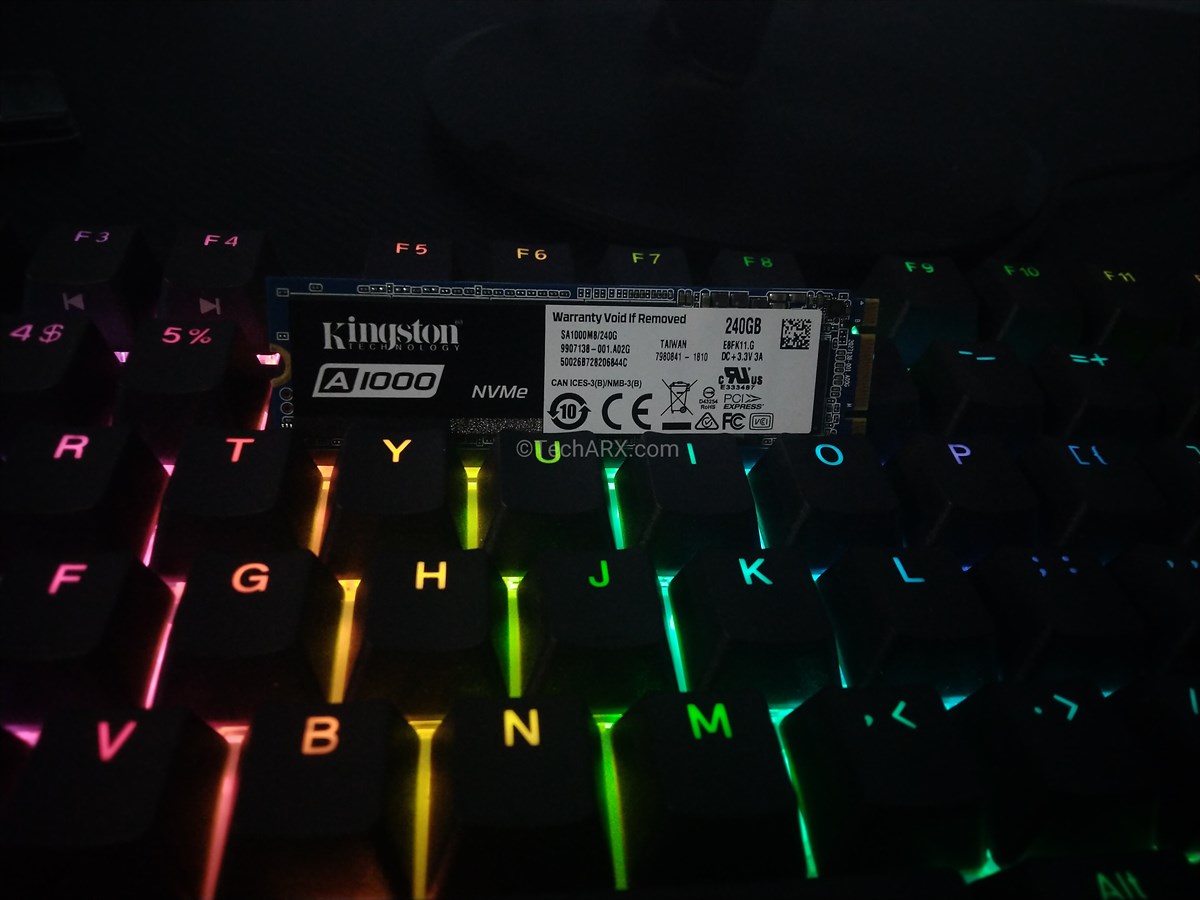 The entry of the Phison E8 Controller promised the emergence of low-cost NVMe storage. Today we will be checking out Kingston’s offering in that niche: the A1000 NVMe SSD.

The Kingston A1000 SSD is run by the Phison PS5008-E8 controller. This is a second-generation NVMe controller from Phison. The first-gen controller from Phison consisted of PS5007-E7 which was used with Toshiba 15 nm NAND flash-based SSD’s. The second generation came with two different controllers, the E8 and E12 consisting of low end and high-end parts. The E8 has a PCIe 3.0 x2 host interface and has four NAND channels. While the PCIe 3.0 x2 has its own power-saving advantages, it is kinda pointless in a desktop environment. In a notebook, however, every watt matters and the A4000 is a very capable competitor in that regard.

We got the 240GB SKU for review. So without delay let’s move on to the performance numbers, shall we?

We ran the A1000 SSD through our usual suite for storage and here are the results.

Atto Disk Benchmark
The great thing about ATTO is that one can test with predefined block sizes. So, we can test with a 32MB sequence of 4KB files, yet also 32MB in 1MB files, providing an opportunity to test with various file sizes. This benchmark is preferred among manufacturers as ATTO uses RAW or compressible data and, for our benchmarks, we used a set length of 256mb and tested both the Read and Write performances for various transfer sizes ranging from 0.5 to 8192kb with a user-selected queue depths.

As expected, the A1000 hits all the advertised numbers for this particular SKU.

Anvil’s Storage utilities Benchmark
Anvil Pro or Anvil’s Storage Utilities[Depending on what you’d want to call it] is an ‘all-inclusive’ storage utility that allows testing transfer speeds as well as IOPS and lets the user tweak and adjust to find just the right mix in their testing medium, the IOPS tests being fully configurable with preset testing scenarios for read, write and mixed IO. The Benchmarks menu includes an SSD test, Endurance Testing, and 3 pre-configured IOPS tests.

HD Tune
HD Tune Pro is a hard disk utility and benchmarking utility for Windows. This tiny application allows you to scan your hard drives for errors or take a deeper look at several performance figures coming from the storage unit. We use the included Benchmark utility tool to our hearts’ content, because why not?

The write numbers are kinda off whack and we are not really sure why.

AS SSD benchmark Suite
This nice little German application gives an extensive result set. The test is popular, so I included it. AS SSD, for the most part, gives us the worst-case scenario in SSD transfer speeds because of its use of incompressible data.

CRYSTAL DISK Benchmark
Crystal Disk Benchmark is used to measure read and write performances through the sampling of highly compressible data (oFill/1Fill), or random data. Crystal Disk Mark scores usually drop a bit compared to ATTO, and this is the result of the test data now being primarily incompressible – Mostly movies, music, and photographs. We tested the drive with multiple data sizes ranging from 500MB to 1000MB.

Overall, the numbers are miles better than SATA based SSD’s. But as this SSD won’t beat the leaderboards anytime soon.

Kingston was a bit late into the low-cost NVMe party, and it has costed them since the niche got saturated when they arrived. The A1000 is a decent product. It works pretty well if you are willing to dip your toes into the pool called NVMe. However, if you are looking to compete with the segment leaders like WD Black or the Samsung EVO series, you will be disappointed. The A1000 is not designed to beat them, and it shows in the numbers pretty often. On the other hand, this SSD is a nice option if you are looking for something that provides better performance than SATA based drives while not bankrupting you. Keep this on your list if you are looking for an inexpensive NVMe SSD right now.