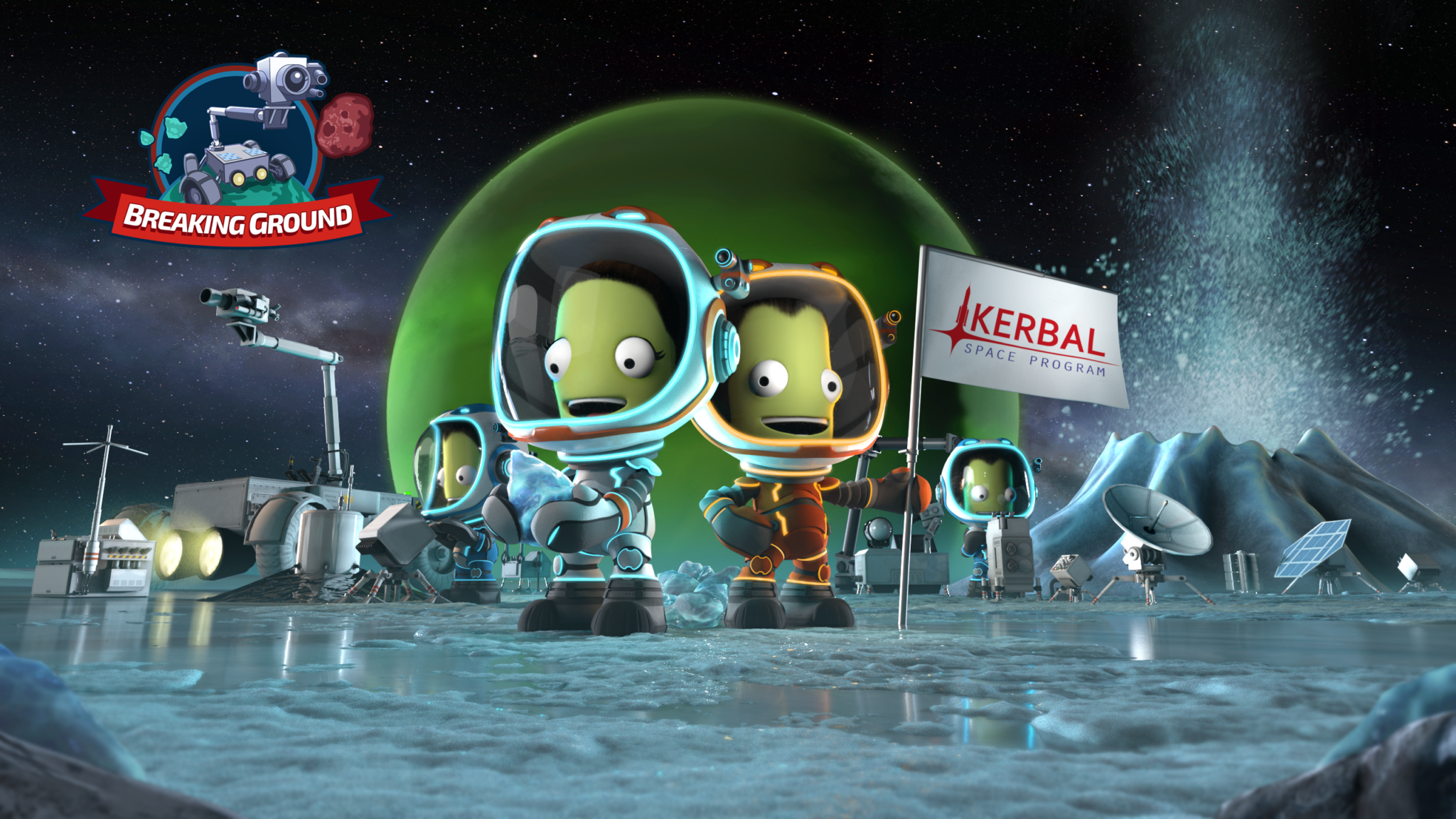 “These new features were highly-praised on PC, and we are very excited to bring this expansion to all our console players,” said Nestor Gomez, Lead Producer at Squad. “Kerbal Space Program Enhanced Edition: Breaking Ground enriches their experience by providing tons of new ways to venture across the celestial bodies of the solar system.”

Kerbal Space Program Enhanced Edition: Breaking Ground Expansion brings several new features to improve players’ gameplay experience. The expansion introduces a variety of all-new robotic parts in various useful shapes and sizes, including hinges, rotors, pistons, and more. The addition of these new parts allows players to expand beyond their capabilities in the original Kerbal Space Program Enhanced Edition by providing the ability to create more complex vehicles and vessels than ever before.

Additionally, players now have an entirely new way to harness collected data from celestial bodies through Deployed Science. This feature provides a modular storage container on their vessel that allows Kerbals to hold various tools such as seismometers, weather collection stations, and more. These instruments can be constructed on planetary surfaces to relay information back to the Kerbal’s home planet, increasing the Kerbals’ understanding of their solar system.

Kerbal Space Program Enhanced Edition: Breaking Ground Expansion also changes the experience players have when exploring celestial bodies. New surface features are scattered across planets throughout the system and can be analyzed with a new robotic arm attached to rovers. These surface features include cryovolcanoes, meteorites, craters, and many more mysterious objects for players to investigate. Additionally, the expansion includes a new, futuristic spacesuit that is included in the expansion so Kerbals can travel to space in style.

“Kerbal Space Program has been effective in opening up minds to the initial understandings of exploring space, as well as enjoying widespread critical success, with many hailing it as one of the best science-focused games available,” said Michael Cook, Executive Producer at Private Division. “By continuing to update the game and provide high-quality, great KSP content, we bring in more players and pique their interest in the science behind it all.”

In Kerbal Space Program Enhanced Edition, you take charge of the space program for the alien race known as the Kerbals. You have access to an array of parts to assemble a fully functional spacecraft that flies (or doesn’t) based on realistic aerodynamic and orbital physics. Launch your Kerbal crew into orbit and beyond (while keeping them alive) to explore moons and planets in the Kerbolar solar system, constructing bases and space stations to expand the reach of your expedition.

Kerbal Space Program features three gameplay modes. In Science Mode, perform space experiments to unlock new technology and advance the knowledge of Kerbalkind. In Career Mode, also oversee every aspect of the space program, including construction, strategy, funding, upgrades, and more. In Sandbox, build any spacecraft you can think of, with all parts and technology in the game.

Games Previews Joshua Caden - October 22, 2020 0
I cannot even fathom the weight on the shoulders of Larian, the developers behind Baldur's Gate 3. The legacy left behind Baldur's...

Game Reviews 0
Cloudpunk's release on consoles comes at a time when the gaming world's interest in cyberpunk is going through the roof. With the...

Gaming TechArx Gaming Staff - October 22, 2020 0
Ubisoft announced For Honor’s “Monsters Of The Otherworld,” a special Halloween in-game event that will be available tomorrow for free for all...

Editorial s s - October 19, 2020 0
Experience the Adrenaline Rush with Must-have PUBG Hacks One of the most competitive and addictive games available in the...

Games Previews Joshua Caden - October 19, 2020 0
DwarfHeim is an upcoming co-op RTS that lets you chose a role to fulfill instead of micromanaging all aspects involved with a...