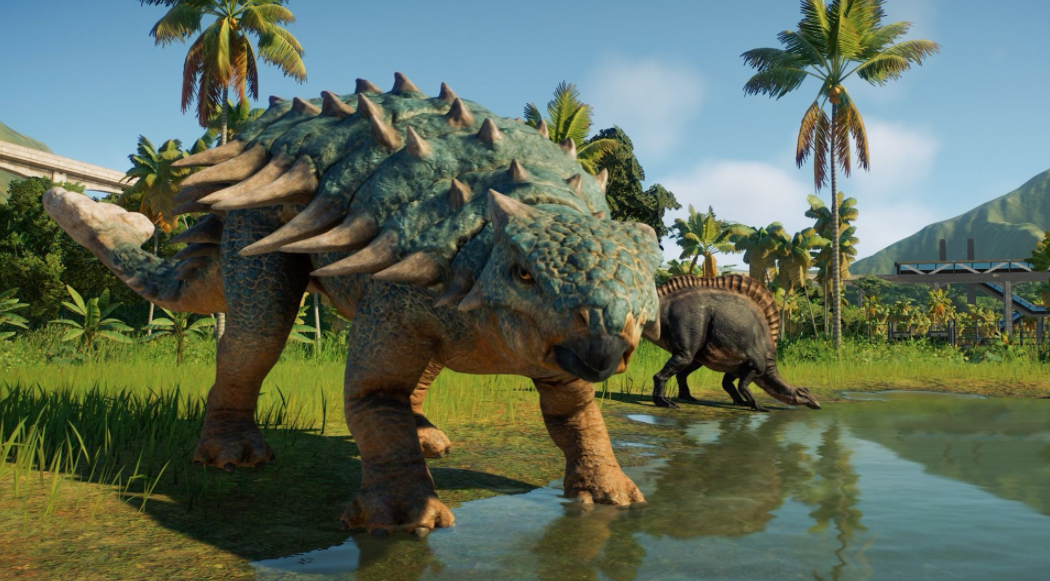 Starting off with the free content that arrives with the 1.3 update, the biggest of which is the first-person view. The first-person camera perspective offers players an entirely new experience of their park. You can interact with different buildings and rides, and turn on a flashlight to give yourself an extra layer of immersion when exploring your park. The next major addition is the Species Viewer, which allows you to observe your dinosaurs in more detail and also check out more facts about them.

Keeping in line with previous updates, there are also multiple new decorations and facility pieces, including some really cool cages and trees, which also provide comfort now even when placed as single pieces.

In terms of quality of life changes, Frontier has taken fan feedback seriously and implemented some highly requested changes such as all buildings and dinosaur skins being unlocked by default in sandbox mode, as well as reducing the overall tediousness of the game by reducing the time taken to do various things such as faster researching as well as being able to sell minerals instantly.

There’s also new gameplay content added, such as new contracts and improvements to the UI as well as bug fixes which lead to an overall better game. Although the game wasn’t really lacking at launch, these new additions and improvements go a long way towards making Jurassic World Evolution 2, the game its fans always wanted it to be.

Coming towards the actual paid content and the highlight of this review, Camp Cretaceous DLC adds the fearsome Scorpios Rex and the stout Monolophosaurus. They come with their own skins and variants and are beautifully animated as well as designed, and its a delight watching these two new dinosaurs roam around in the park and interact with their cohabitants.

Along with the entirely new dinosaurs comes a bunch of skins including skins for Big Eatie the T-Rex and Bumpy the Ankylosaurus. These new skins add a lot more variety to the existing roster, and look really colorful, although not all managers will appreciate the comical look of some of these skins.

Overall if you have already experienced previous DLC packs by Frontier, you know what you’re in for. A big meaty free update, along with some cool new premium additions that don’t really affect the gameplay too much.