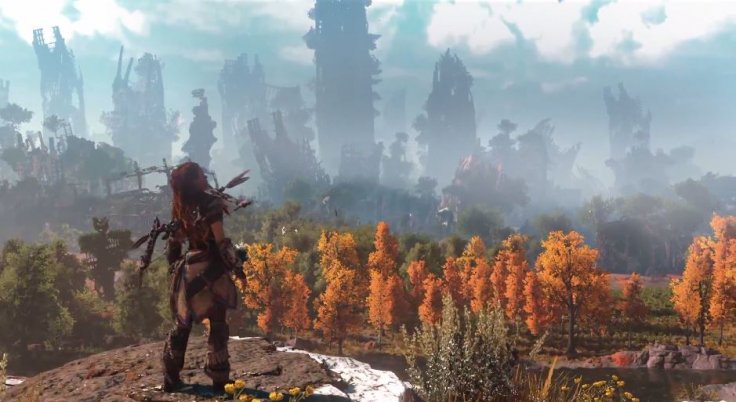 Since E3 2014 we heard a rumor that Killzone makers Guerrilla Games already working on an open world RPG exclusive for playstation 4 to the fist time. In E3 2015 we got the first glimpse of Horizon Zero Dawn in a 6 minute gameplay trailer. Yesterday at Paris games Week Sony unveiled a new gameplay now with complete HUD and few details about the post apocalyptic future world. Here below you can see the gameplay trailer:-

In the new gameplay Aloy fights few creatures such as Watcher, Grazer and mighty Thunderjaw. Guerrilla Games showed some gameplay and combat mechanics along with some new weapons such as explosive trip mines, arrows, rail-guns and dis-launchers. Horizon Zero Dawn also features core RPG elements such as looting and crafting. For the First time they showed the Hud. You can also notice the weapon wheel. Though they didn’t want to speak a single word about the quests and any other story elements about the game. The open world RPG is slated to release in 2016 exclusively for Playstation 4. For more news about Horizon Zero Dawn keep your eyes on our site.