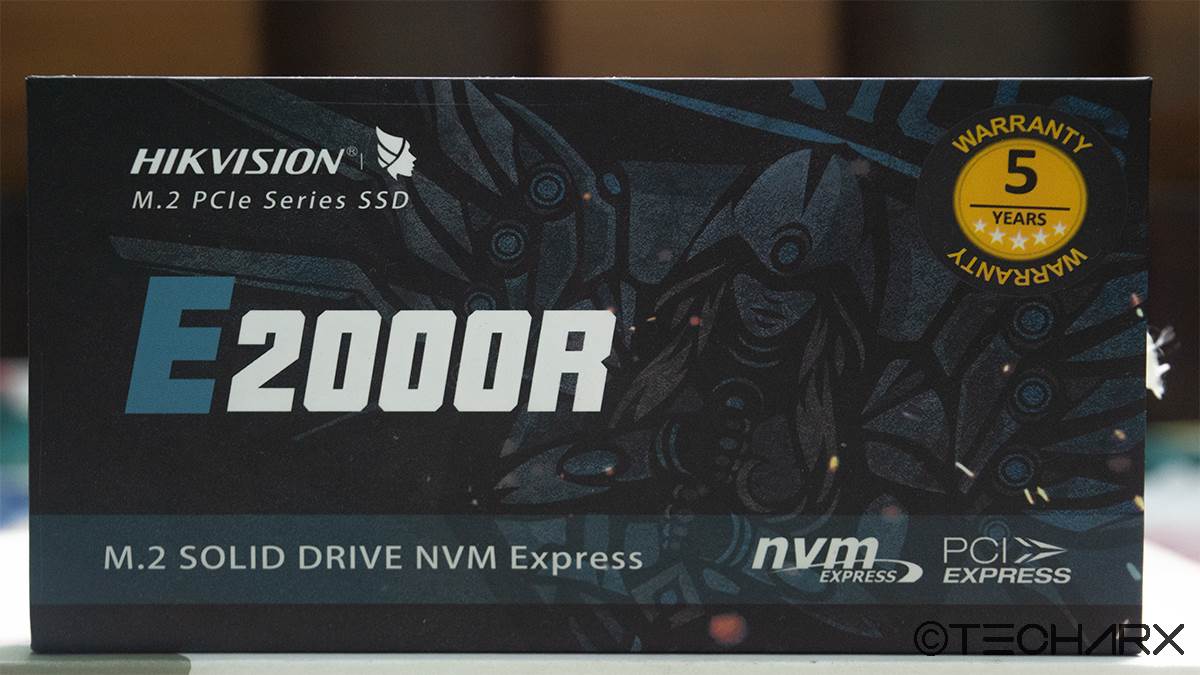 The HIKVISION E2000R SSD is run by a Phison PS5012-E12 Controller which is a relatively high-end member of the family aimed at the low mid-end of the market. The E12 has a PCIe 3.0 x4 host interface and has eight NAND channels supporting up to 8TB capacity with a DDR4 Ram cache of different configurations targetting different price and performance points.

The 2000R is a mid-range NVME targeted with a decent DDR4 cache. The product is aimed at people who have a decent budget along with a penchant for subtle RGB in their system without breaking the bank.

We got the 1TB model for review from HIKVISION India. Without further ado let’s move on to the benchmarks after a few pics. shall we?

The HIKVISION E2000R ran through our usual benchmark suite along with a few additions. All of the benchmarks will be explained as they come.

CRYSTAL DISK Benchmark
Crystal Disk Benchmark is used to measure read and Write performances through a sampling of highly compressible data (oFill/1Fill), or random data. Crystal Disk Mark scores usually drop a bit compared to ATTO, and this is the result of the test data now being primarily incompressible – Mostly movies, music, and photographs. We tested the drive with CDM 7 under different test cases.

The E2000R is a capable performer. The SDD took whatever we threw at it and chewed it out. This is a good product. Period.

However, the product lacks brand awareness at this moment as HIKVISION or PRAMA Hikvision is mainly known for security product and their storage division is somewhat overlooked in PR. Even the interwebs are not very kind to it as HIKVISION for whatever reason has a pretty lackluster website and internet presence. As a result, product awareness is extremely low. Coupled with stock issues (we couldn’t find this product in Amazon or many retailers), HIKVISION has somewhat of tough terrain to traverse through before it becomes a contender in the big leagues like Kingston, etc.

A bronze from TechARX for now.