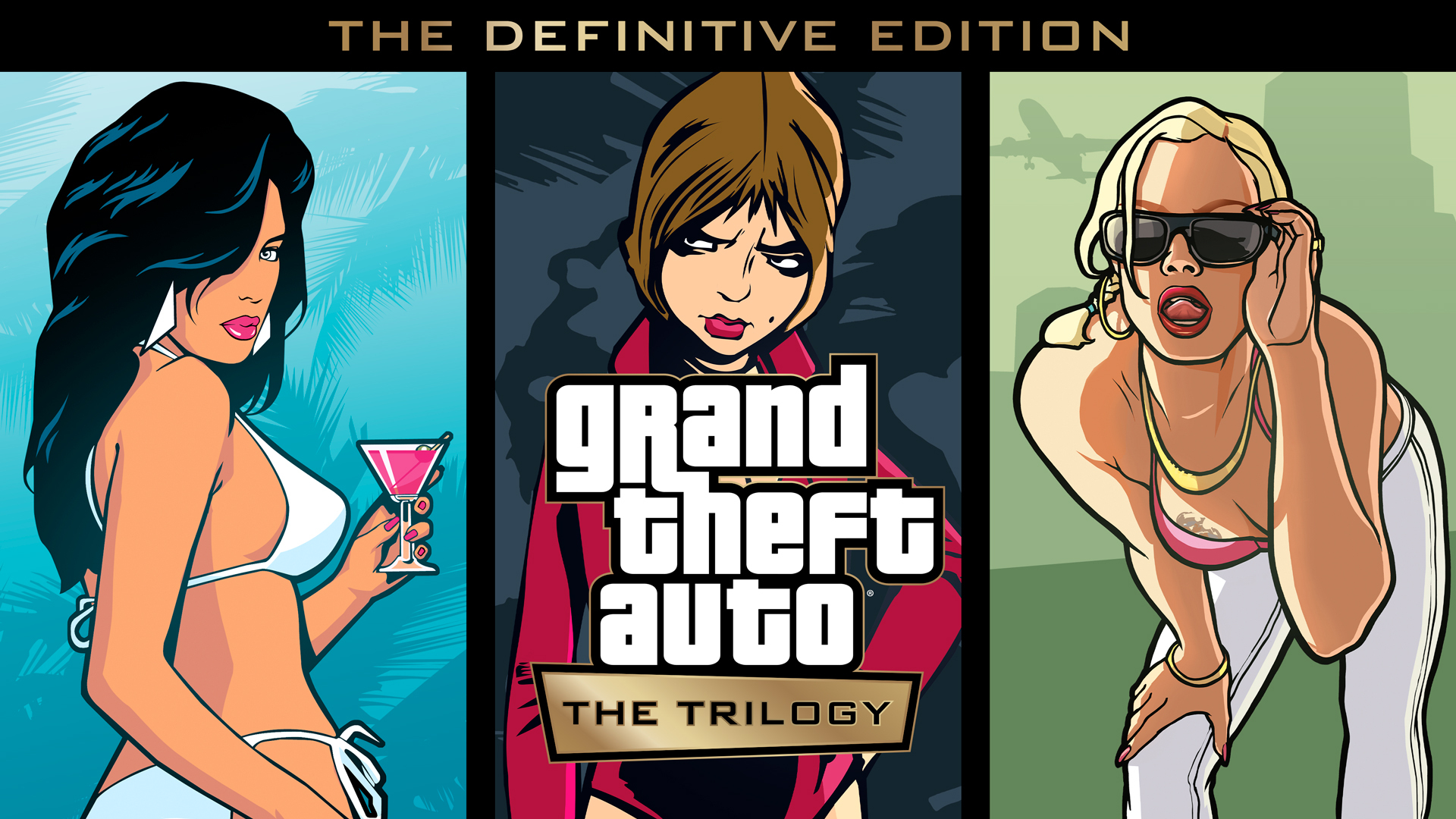 Grand Theft Auto is a name that requires no introduction. Its influence on pop culture and the entertainment industry has been tremendous and to this date, Grand Theft Auto V continues to sell millions of copies. But it all started back with the original trilogy, the three games that redefined the open-world genre – Grand Theft Auto III, Vice City, and San Andreas. Despite the nostalgia, however, the games haven’t held up that well in regards to visuals and gameplay, especially Vice City and III. A remaster was something the fans had been asking for years, and it’s finally here.

Remastering a cultural icon is no easy feat, and when you are talking about three of them, it’s a gargantuan task. Grand Theft Auto: The Trilogy – The Definitive Edition manages to put on a slick paint of coat on the three games, but slips up in a lot of areas. The end result is a polarising release that nonetheless lets a whole new generation enjoy these masterpieces.

Reviewing the Trilogy games themselves would be a mistake, as firstly, there is not a lot to say about classics that have been released for decades, and secondly, a single article would not do it justice. Instead, I’ll be going through each game from a technical perspective and how well they have held up to 2021 standards. I will also be discussing how the Definitive edition improves on some of these areas and the shortcomings of this re-release.

If there’s one thing that hasn’t aged a bit it is how they were written. 20 years after its original release, the script is still brilliant. The combination of a sense of humor, themes, and unforgettable characters continues to have an incredible effect. But more importantly, they painted a harsh and sarcastic portrait of society that reflected the situations typical of their time, in particular, San Andreas and its way of showing police corruption, racial conflicts, and the rampant gang wars that plagued Los Angeles.

The same can be said about the soundtrack and the settings: the gritty atmosphere of Liberty City in III, the sun-kissed beaches and neon-lit streets of Vice City, and San-Andreas with its distinct 3 cities and countryside.

Each of the games was a milestone in the open-world genre. GTA III was the first game that let players wreak havoc in a completely 3D open world, Vice City greatly improved on the narrative and added more variety to the missions, while San Andreas completely changed the genre forever with its ambitious multi-city setting and plethora of side activities to do, including RPG mechanics.

CJ, the protagonist of San Andreas, was not only capable of piloting vehicles of any type but his appearance could be changed in ways that were previously not possible. Most importantly, he could swim, and that gave players a degree of freedom that we have taken for granted these days. Even now, no other open-world game except maybe Rockstar’s own Grand Theft Auto V comes close to the ambitiousness that San Andreas had.

All three games had a unique tone and despite sharing the same core gameplay mechanics, felt different. They are still incredibly fun. Simply tearing through the cities at high speeds felt like a thrill.

But for people without a nostalgic link to these games, playing the trilogy today would be a rather challenging thing to do. Some of the missions were extremely hard, and without any checkpoints to save your progress, failure meant going back to an earlier manual save. The aiming system was just as clunky and the visuals would make the eyes of today’s gamers bleed. Fortunately, the definitive edition addresses these problems to varying degrees of success.

The visuals have received a significant bump, with HD textures, improved vegetation, new lighting, and improved reflections. This makes the game look extremely pretty, with a “cartoon” style that fits very well with the original design. We find new textures, more detailed, and a 4K resolution with up to 60 FPS in the next-generation consoles, PS5 and Xbox Series X (there are performance and fidelity modes). Visual enhancements extend to lighting, reflections, increased draw distance, and improved physics.

Other aspects that also improve a lot are vegetation, especially in GTA San Andreas, which has environments in nature and water, both in terms of physics, as well as transparency and reflections.

However, the upgrades are sadly not done in a polished manner. Starting off, the character models look a bit cartoonish and odd. There’s a lot of typos in-store signs, and while an increase in the poly count is generally good, it actually ends up ruining the models of a lot of buildings in the game. Shadows also feel a bit too strong in places and I had to struggle to see characters in many scenes because the shadow was overpowering. The animations are also clunky at times, and some effects, like the rain in GTA III, are downright ugly. The draw distance also shatters the illusion of size that the maps used to have, and the complete lack of fog feels like a step backward in terms of atmosphere.

There’s a lot of gameplay improvements as well, the biggest being a selection wheel for weapons and radio stations. You can also freely move the camera with your right stick in Vice City and III, although it does still tend to misbehave in certain situations.

Checkpoints are a lifesaver, even though they are a bit unreliable. A lot of missions and gracious checkpoints and put me right before a difficult firefight or objective, while a lot of checkpoints sent me back almost to the start of the mission.

In the audio department, there’s not a lot of improvements, voice acting seems to be 50-50 in terms of fidelity and upscaling, while the songs are generally good quality. A lot of the songs that were in Vice City and GTA San Andreas are lost due to licensing issues, but this is nothing new. I do wish R* added new songs to replace the lost ones though.

But despite the bugs and the gripes I had with the game, I still enjoyed the hell out of these 3 games, which is a testament to just how good the games were designed. I hope R* and Grove Street Games patch most of the major bugs and glitches out, even though I don’t expect a major overhaul, because this is a genuinely ambitious attempt in letting new players and old players alike enjoy these 3 legendary video games.