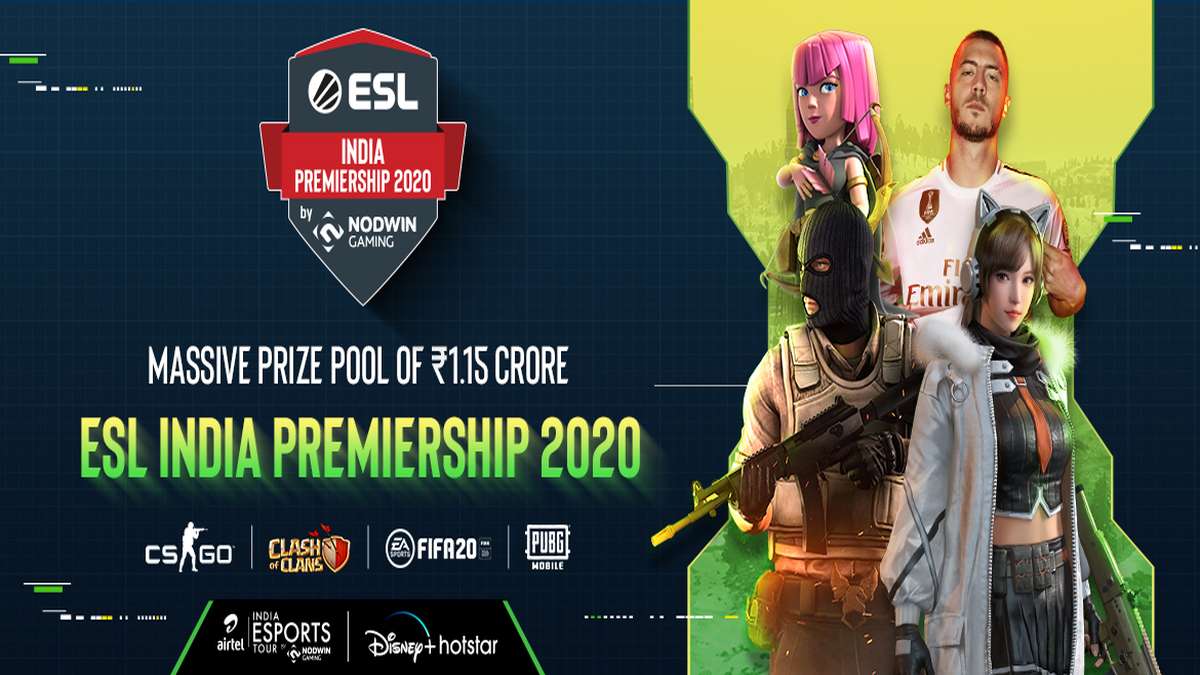 ESL India Premiership’s Fall Season follows its hugely successful Summer season that played out from June to August 2020. Country’s longest-running esports league recorded its best-ever figures with 1866% increase in registrations and 325% in watch time as compared to last year. From star teams and celebrity gamers to esports influencers and fresh talent, Summer Season had it all. With the Summer Season, ESL India was also successful in penetrating a large chunk of casual gamers with an accessible platform to play, excel and find national recognition. The ESL India Premiership has a whopping prize pool of ₹1.15 crore divided equally between the winners of its Summer, Fall and Winter seasons. The winners of the 2020 Fall season will be awarded an enormous prize pool of ₹34,10,000 and will feature four titles – Counter Strike: Global Offensive, PUBG MOBILE, Clash of Clans and FIFA20. Fall Season is also the next stop for Airtel India Esports Tour (National Ranking) where gamers across the country get a chance to etch their name on the leaderboard of esports athletes.

“We’re really looking forward to the Fall Season on the back of our super successful summer season that created a colossal buzz. This phenomenal response made us realize that India is ready to embrace esports in a big way. The on-going pandemic has worked as a catalyst for the premiership leading to the viewership being higher than ever before. Our unprecedented summer registration numbers show that more youngsters are aspiring to become professional gamers and earn a living. A tournament like this can really propel the Indian esports industry in a big way,” said Akshat Rathee, MD & Co-Founder, NODWIN Gaming.

The ESL India Premiership 2020 is a much-loved tournament among esports aficionados who get their adrenalin fix from the high-octane gaming carried out by professionals. Armed with tactical skills, split-second precision and seamless coordination, participating gamers make the Premiership an unforgettable experience for the audience as well as their contemporaries.

The ESL India Premiership 2020 is sponsored by Airtel India Esports Tour and continuing the valuable partnership is luxury automobile brand Mercedes-Benz. Registration for the tournament is free. Participants only need an ESL play account for the titles CS: GO, FIFA20, and Clash of Clans. The PUBG Mobile participants can register through the SoStronk platform. Gamers above 16 can register for PUBG MOBILE and CS: GO while the age limit for registration of Clash of Clans and FIFA20 is 13 years and above.

If you’re an esports enthusiast, don’t forget to register for the Fall Season of the ESL India Premiership on the link below: