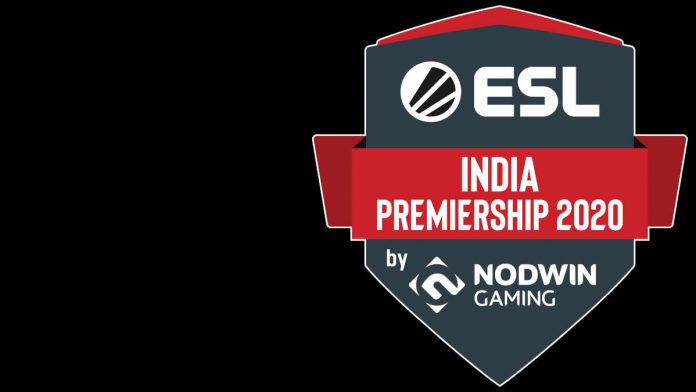 India’s leading esports company NODWIN Gaming has today announced the launch of the 5th edition of its flagship tournament – ESL India Premiership 2020. The registration for the seeding cup of the Summer Season begins on Thursday, 21 May.

Having successfully completed 4 editions of ESL India Premiership, NODWIN Gaming is adding some zing to this property with changes like the addition of playoffs in between the sub-leagues, seeding cups for the new games and exclusion of Challengers Cup.

PUBG MOBILE, FIFA 20 and Clash of Clans comes in as new additions to the line-up of games, while, Popular FPS CS:GO has been retained. NODWIN’s social interaction post to find out new game title suggestions revealed that the most requested games were PUBG MOBILE and Clash of Clans. The addition of FIFA 20 widens our audience base by incorporating the first console game to the tournament. Clash of Clans, the fast-paced and easy-going strategy game is expected to attract larger participation and viewership. The online phase of the tournament will have two sub leagues – Starter Cups and Master’s League. The broadcast of Masters League will begin on 1 June.

“The Premiership comes in as an ideal getaway for gamers in lockdown. New games and a new format are in place to kick start the season. PUBGM and CoC are certainly two of the biggest communities out there and with FIFA 20 we have made our first step towards making console games an integral part of the Premiership. The lockdown has pulled the shutter on all forms of sports competitions for the rest of the year, leaving esports as the only spectator sport being broadcasted live on a major OTT platform like Hotstar. I believe that the current scenario is a perfect springboard to mass consumption of esports entertainment” said, Sidharth Kedia, Group CEO, NODWIN Gaming.

NODWIN Gaming in its efforts to build a complete esports ecosystem for the country has associated with multiple brands in the past. Entering the 5th edition, the Premiership has our valuable partners joining the incredible journey. Continuing the association for the second consecutive year is the luxury automobile manufacturers Mercedes-Benz. OTT platform Disney+Hotstar resumes its journey with the Premiership as the official broadcast partner. Energy drink Red Bull makes a comeback to the Premiership after a short break.

“The presence of active communities of the new games and the need to bring diversity into the league prompted us to renew the line-up of our competitive titles. What’s exciting about having new games on-board is that we get to work with a new bunch of talented players every time. While on the technical side of things, we are now well-versed in remote tournament execution to produce and broadcast seamless esports entertainment for our viewers. We are expecting a phenomenal response for the Summer Season.” said, Gautam Virk, Chief Operating Officer, NODWIN Gaming.

Below is the registration link.