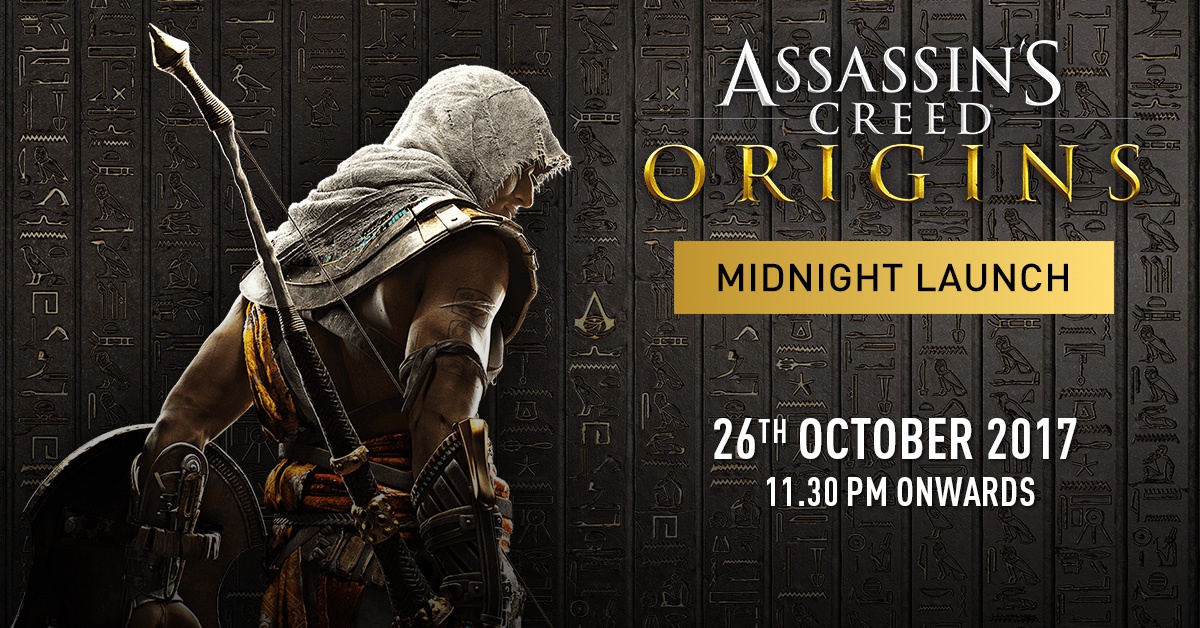 It’s a great time for gamers in India, we have localised steam prices now along with domestic payment options and now most big gaming releases are getting midnight launches here in India, and Assassin’s Creed Origins is the latest to join the list.

e-xpress Interactive, India’s leading distributor for video games has announced midnight launch for one of the most anticipated games this year, Assassin’s Creed Origins. Players who have pre-ordered the game or want to buy the game can collect their copies on October 26 2017, 11.30 pm onwards. 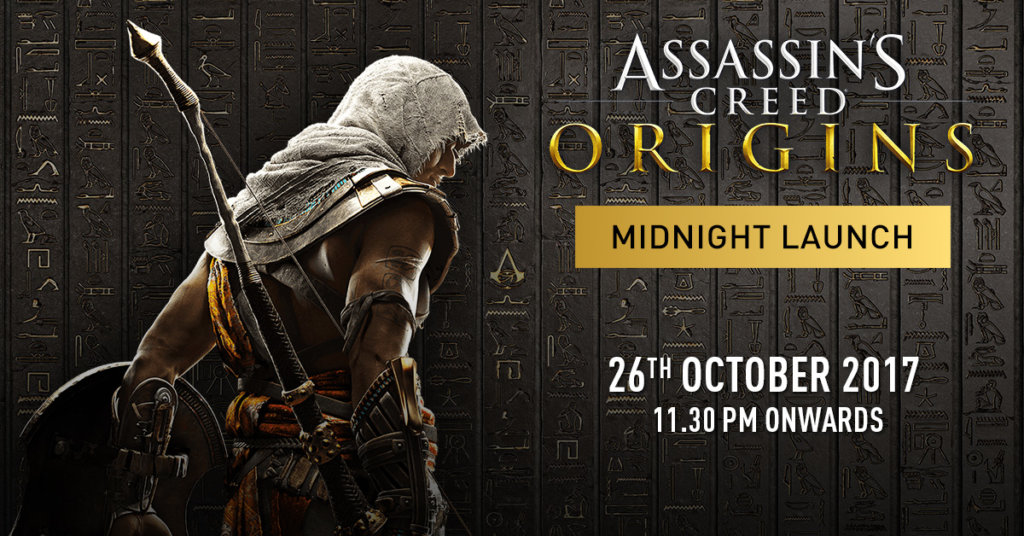 Assassin’s Creed Origins is available for pre-order with leading retailers, both online and offline.

Set in Ancient Egypt, players will journey to the most mysterious place in history, during a crucial period that will shape the world and give rise to the Assassin’s Brotherhood. Plunged into a living, systemic and majestic open world, players are going to discover vibrant ecosystems, made of diverse and exotic landscapes that will provide them with infinite opportunities of pure exploration, adventures and challenges.

Powered by a new fight philosophy, Assassin’s Creed Origins embraces a brand new RPG direction where players level up, loot, and choose abilities to shape and customize their very own skilled Assassin as they grow in power and expertise while exploring the entire country of Ancient Egypt.

We will be bringing you our review soon, till then follow us for more updates.