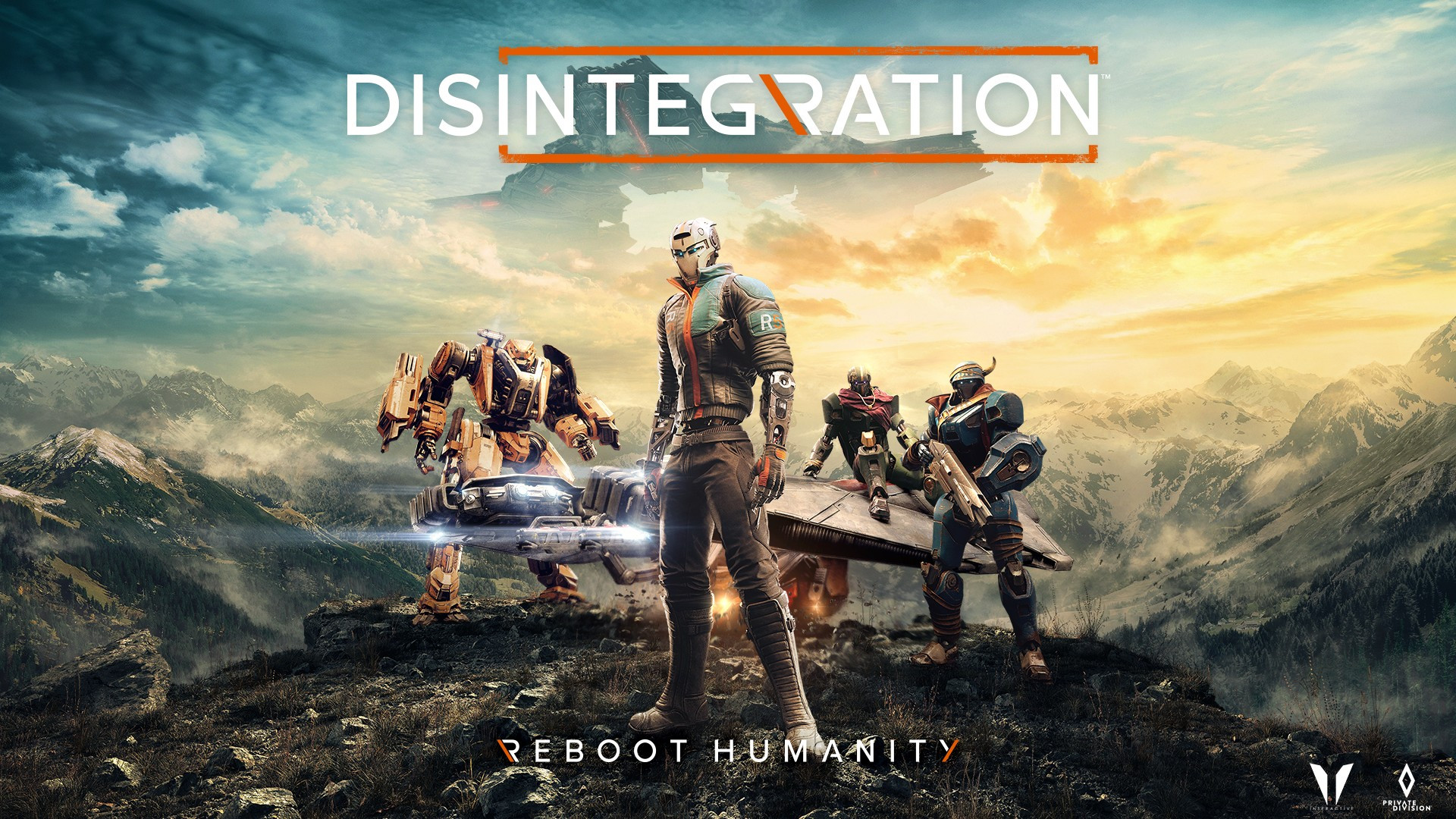 Announced last year, Disintegration is the first game from V1 Interactive, a studio founded by Halo co-creator Marcus Lehto. Disintegration is a hybrid experience, mashing together the gameplay elements of two well-established genres and tries to deliver a breath of fresh air into the multiplayer landscape. Does it succeed? Let’s find out.

Disintegration is set in a dystopian future where humanity is facing never seen levels of poverty, shortages of resources, and disease. There’s a solution to it all, and that’s getting yourself integrated. Integration is the process of transferring your consciousness to an artificial robot body.

With time, things inevitably go wrong, and integration is no longer a choice but forced upon everyone bye the Rayonne, a group of robots that seek to dominate all humanity. Resistance groups soon form, made up of humans fighting for freedom, and integrated machines that do not want to become mindless tyrannical robots.

The game begins with Romer Shoal, our protagonist and former celebrity gravcycle pilot who finds himself aboard the ominous Iron Cloud, a floating Rayonne fortress. You are about to be executed for refusing to join Black Shuck’s(a hotshot in the Rayonne army) forces, but plot armor interferes and you find yourself in control of a small rebel squad made up of renegade robots and naturals(humans).

Most of the story missions are well-paced, and never felt like they overstayed their welcome or overused any particular gimmick. Sadly, however, the story does a poor job of explaining the lore and world to the player. V1 has created a really interesting backdrop to the game, and there’s so much over here that could have been expanded upon, it’s a real missed opportunity. The story almost feels like it’s an extension to some long-running TV show, and you are supposed to know the various terms and acronyms being thrown around.

Every member of your squad has a unique personality, and I enjoyed the casual conversations they had during missions. They are also well voiced and animated, and the gorgeous cutscenes did a great job of making them feel alive.

Disintegration plays out as a sort of FPS/RTS hybrid. As the leader, you are in charge of planning everything from positioning to prioritizing targets. Flying around on your gravcycle gives you a birds-eye view of the battlefield and helps you to make strategic decisions. But your gravcycle isn’t just a floating command center, you are capable of attack enemies yourself, as well as healing your team.

Each member of your squad has access to some unique abilities such as slowing down time, or concussion grenades. You have complete control over when to use their abilities, and it feels extremely satisfying to chain together abilities to mow down groups of enemies.

It is extremely important that you work together with your squad because you can’t win with just blindly running and gunning. You cannot interact with equipment and other objects in the world directly, so you will have to rely on your squadmates. Your team is also not capable of using advanced tactics and will be overwhelmed without your support. This results in very tense combat situations where you are ordering your squad around while dodging enemy fire, swooping in to deliver fire support, or healing your teammates.

The AI in this game is terrific, both your squadmates and the enemy are capable of holding their own in a battle. Even when I failed to order my team around, they managed to take cover or take out targets on their own. Should you lose a team member however, you can swoop in and they will be redeployed after a cooldown.

Mission objectives vary from protecting targets to saving civilians or rescue missions. The difficulty slowly escalates, and you are never overwhelmed or find yourself without any challenge.

But even with all the variety in missions and challenging enemies, there’s a distinct lack of experimentation with how you actually execute your plans. Most of the time you will be spamming the same abilities to deal maximum damage and never feel the need to deviate. On top of all this, your gravcycle feels awfully slow. Except for the occasional dash that gives you a burst of speed, you feel like you are piloting a mecha and not a floating bike that’s capable of pushing out some serious g’s. It’s sad that the gravcycle is so severely limited, as this was in my opinion a huge selling point for the game. Being able to effortlessly glide around the map at high speed, repositioning yourself for a strafing run would have been a fun experience.

The enemies themselves lack variety and are mostly comprised of assault grunts and the occasional boss. The boss fight mechanics don’t really feel that interesting, and most of the bosses just feel like a slightly different flavor of the previous boss.

Thankfully the adrenaline rushing satisfaction of executing your orders, combined with the challenge presented by the enemy AI saves the game from feeling too mundane.

The multiplayer modes on the other hand are a different beast. The maps are shorter, and going up against another player means that you are going to facing an enemy that will constantly change tactics or try to exploit you into a corner. The shorter maps also make the gravcycles feel faster, as a short dash lets you cover more distance. Enemy players are also more likely to target you instead of your pawns, so it ends up becoming a duel with a bigger emphasis on the shooting mechanics. This is a departure from the methodical chaos that the singleplayer offers, but its a welcome one.

There are three multiplayer game modes. Collector is a deathmatch mode, Zone Control is a King of the Hill mode and Retrieval is attacker vs defender mode. You can customize your crew to stand out from the crowd, and this is where microtransactions step in. All microtransactions are cosmetic only, and you will not get any sort of gameplay advantage by spending money, except looking like a baller.

Visuals are one department where Disintegration absolutely does not compromise. Everything from the lighting to the texture work of the characters, environments makes the game look absolutely gorgeous. Units themselves are well animated and when ordering them to do something they move with some weight and interact with the environment in a very realistic manner. The game is also very well optimized and on Ryzen 2600 system with GTX 1070 and 16 GB of ram, I hit 120 FPS easily at 1440P with everything maxed out. The performance is also very consistent and even when there’s a lot of particles and effects being thrown around like a Michael Bay movie, the FPS stayed constant.

EDITORS NOTE: A PC code was provided to us for the purpose of this review.