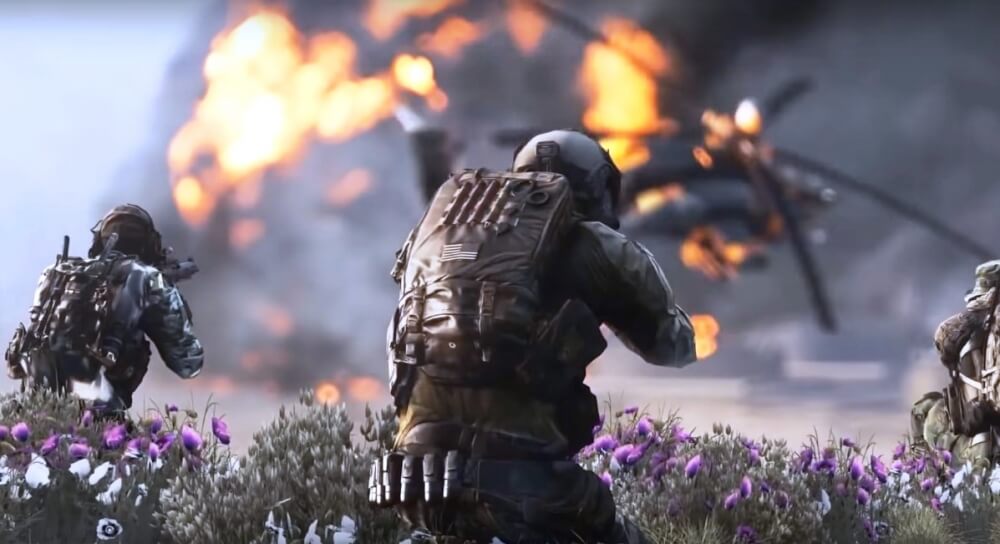 EA and DICE had been particularly tight-lipped about the next iteration of Battlefield franchise, Battlefield 5. However, the interwebs are always full of leaks. One such leak came from a well-known industry insider “shinobi602” whose tweet about “Shootery things abound” has left the rumor mill spinning.

While this fueled people’s imaginations the next tweet where he embedded the Battlefield 1942 theme songs set Twitter and the Internet on ablaze, thirsty to know more.

Never gets old. A catchy tune for sure. https://t.co/KTIGrGias9

It’s around that time of the year when EA and Activision both announce the release of their respective shooting titles, which usually go head-to-head around Christmas time.Looking at the release dates of the previous Battlefield installments(excluding the delayed Hardline) an October release date would be a safe bet. This speculation is backed by a leak from Swiss retailer World of Games. The sharp-eyed game researcher Liam Robertson spotted that the retailer had Battlefield 5 to be released on the 3 major platforms on October 25, 2016. So, if EA wishes for Battlefield to be released around the same time, then a big E3 reveal would be the way to go. This will most likely take place in the big EA Play event on the 12th of June.

Back in 2014, EA CFO Blake Jorgensen stated that the franchise will be returning to its military roots. This will be a welcomed change since the cops-and-robbers setting of Hardline wasn’t very well received by the fans. The leak contained a little description of the upcoming game, according to which the game is “Mehrspieler Taktik Shooter im 1. Weltkrieg”. This roughly translates to ” Multiplayer tactical shooter in World War 1″.
The Battlefield franchise has certainly engaged in historical settings before, with the Vietnam War and World War 2, with the more recent game flirting with contemporary and near-future settings.

This might be a risky step by EA and DICE, since a huge proportion of the Battlefield multiplayer gets its thrill and excitement from fast-paced vehicular action. Running the risk of losing Battlefield’s overall identity if they replace jets and contemporary weaponry with the classic, more iconic weapons and vehicles.