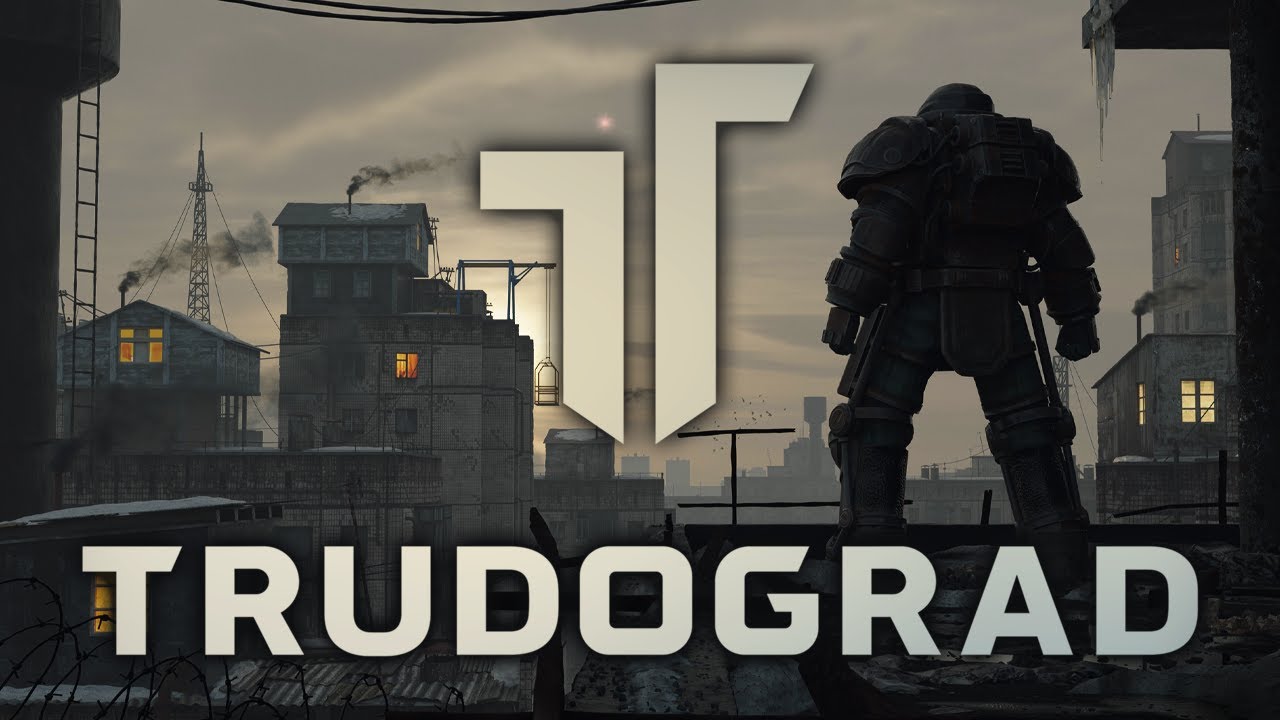 While Fallout 76 might have been a disappointing entry in the franchise for many fans, for some this disappointment started 12 years ago, when Fallout 3 ditched the isometric old school RPG systems of the older Fallout games for a more streamlined 3D experience. Since then many games have attempted to capture that sense of hardcore post apocalyptic experience, but very few have succeeded.

ATOM RPG, a game by AtomTeam was a massive success and a handcrafted love letter to fans of the RPG genre. Despite lacking a AAA budget, the developers managed to create an atmospheric game filled with deep gameplay mechanics and a surprisingly good story. Now, over a year later, a standalone expansion called ATOM RPG Trudograd has been released on early access. Does it manage to improve upon the excellent foundations laid down by its predecessor? Let’s find out.

Back to the Wasteland

Trudograd is a stand-alone story expansion to ATOM RPG. Set two years after the original game, you continue playing as an agent of ATOM and are tasked with finding a secret weapon that is capable of saving the world from being destroyed by a devastating meteor headed this way.

ATOM RPG Trudograd has one of the most expansive character creators in recent times and offers a TON of choices on how you want your character to play. There’s not a lot in terms of visual character customization, but you can choose from a lot of pre-made characters and write down a biography for yourself. But when it comes to their skill sets and weaknesses, there’s pretty much no end to how you want your character to turn out. You can be a charming rogue with a penchant for hacking, or you can be a gung-ho gunman who shoots first and talks later, or you can be a jack of all trades. As I said, the opportunities are endless.

Trudograd allows you to import your old character from ATOM RPG, which is always a plus point in my book. But even if you haven’t played or decide not to import your character, you can simulate important decisions from the previous game after creating your own character. These questions are important and will impact the world around you in subtle ways.

The story is far from being finished at this point so I can’t really comment on how it’s going to turn out. What I can comment on is the quirky and unique nature of the few quests that are already in the game. Early on I ran into a woman that was coddling a turnip, thinking it was her baby. The writing needs a bit of work, but there’s a lot of potential here. If the previous game is anything to go by, expect a lot of varied quests with multiple choices and branching endings depending on your choices.

Speaking of choices, your investment into stats will pay off, as there’s a lot of skill checks that you can bypass to de-escalate(or escalate) certain situations. Not to mention that some stats will mean that you will be better at doing something, such as lockpicking or gambling. So it’s important that you invest points into stats that you think will suit your playstyle. For example, early on, you will be extorted for some money by a bunch of corrupt guards. You could pay up, or you could talk, intimate and barter your way in.

Locations in the game are divided by an overworld map, and as of right now there’s not really a lot of places to visit, but the developers are planning to add in a lot more places. Trudograd, the titular city acts as the main hub in the game right now, and it’s a sprawling city with hotels, shops, and citizens living in crumbling shacks. There’s a nice charm to the areas, and the devs have nailed how I imagine a post-apocalyptic city would look like. I only wish that there was more of the city to explore without being divided by loading screens.

Trudograd’s combat is turn-based and takes place on a square tileset. Each action you do, whether it be moving your character or attacking someone will cost you AP(or Action Points). If you’ve played ATOM RPG or any of the older Wasteland, Fallout games, you will find yourself right at home. The AI is very capable of handling itself and will rush in to help comrades, or even you, if you find yourself ambushed by baddies in front of guards or friendly NPCs.

Trudograd is a very clear improvement over its predecessor in two areas. The first is in its presentation, which has is much more impressive thanks to the cutscenes, UI improvements, and overall increase in scope. The second is in its visuals, which are stunning, to say the least. All of the areas in the game felt very atmospheric, and I was thoroughly impressed with the audio quality as well. Ambient sounds such as dogs barking and the wind blowing really added to the immersion of the game.

Being an early access game, there is, of course, a lot of work to be done. The game needs a bit of optimization at this point, as I constantly ran into odd stutterings even with a very good system. There are also bugs, and missing dialogues, and other glitches.

Despite being an early access title, Trudograd is being built upon solid foundations. The previous game was as close as we got to a Soviet fallout game and Trudograd has already improved upon a lot of the systems that made the first game so damn good. It’s an ambitious title and there’s a lot of ground to cover before the developers realize their vision but as of now, I am impressed with the direction they are taking.