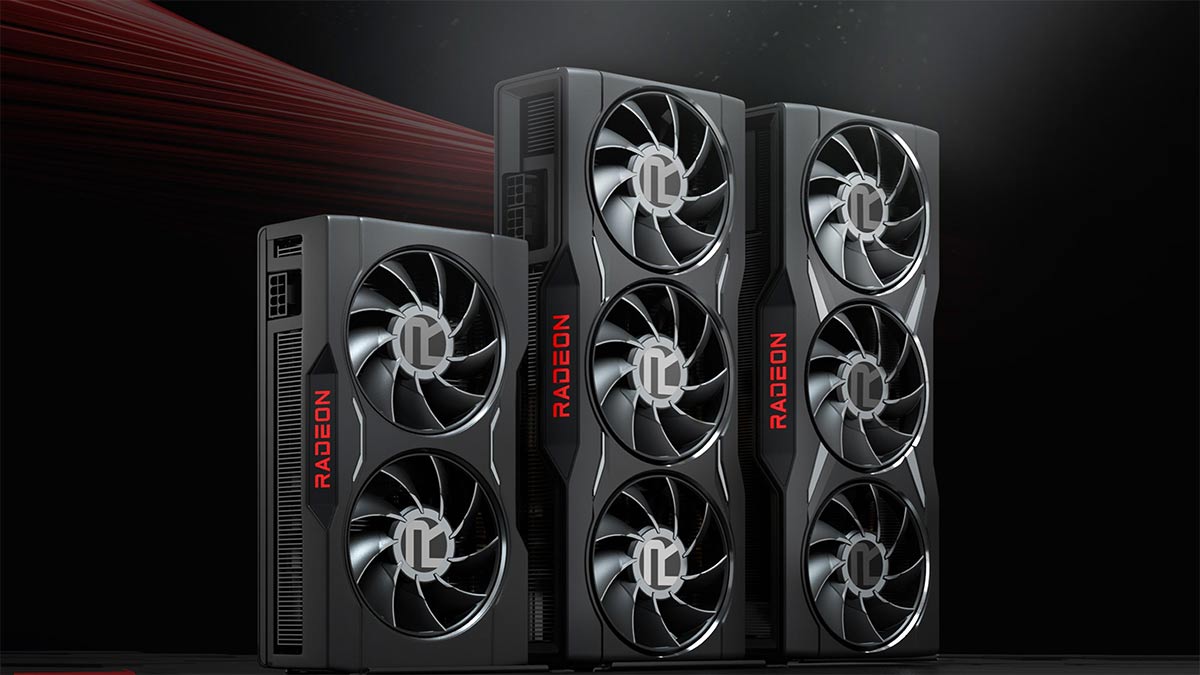 AMD today unveiled a trio of RX 6000 series cards. These cards are poised to give one last boost to the Radeon 6000 lineup before we see the next generation of cards. Aimed at everything from the midrange to flagship markets, the new Radeon RX 6950 XT, RX 6750 XT, and RX 6650 XT will add a little bit of spice to the already existing lineup. With these cards, AMD can show off what their RDNA2 GPU architecture can do after nearly 18 months of refinement coupled with 18Gbps GDDR6 memory.

“There are three billion gamers worldwide and counting, and about half play on PCs,” said Scott Herkelman, senior vice president and general manager, Graphics Business Unit at AMD. “As gamers grow in numbers, these new Radeon graphics cards will provide next-level gaming experiences and performance. And the incredible efficiencies of AMD RDNA 2 architecture deliver substantially better performance-per-dollar with the new Radeon graphics cards compared to the competition.”

The next-generation of the widely adopted AMD open-source, cross-platform upscaling technology, FSR 2.0 helps boost framerates in supported games by using previous frame data to provide similar or better than native image quality at all resolutions. It supports a wide range of graphics products and platforms, including AMD and select competitor solutions, without requiring dedicated machine learning hardware. The first game to add support for AMD FSR 2.0 is DEATHLOOP by Arkane Studios and Bethesda, which is expected to be available via an update on May 12, 2022. Additional games planning to add support for technology in the coming months include Asterigos, Delysium, EVE Online, Farming Simulator 22, Forspoken, Grounded, Microsoft Flight Simulator, NiShuiHan, Perfect World Remake, Swordsman Remake, and Unknown 9: Awakening.

AMD also announced an upcoming version of the popular AMD Radeon Raise the Game Bundle, providing gamers with complimentary access to games with the purchase of eligible AMD Radeon RX 6000 Series products. Customers purchasing a qualifying Radeon product from a participating etailer beginning May 10, 2022 will receive a code that can be redeemed when the promotion launches later in the quarter, with the full offer details to be provided at that time. The new bundle will include the popular Saints Row and Sniper Elite 5 games, with more being revealed leading up to the launch of the promotion (bundle offer may vary by eligible product purchased). Customers can visit www.amdrewards.com/comingsoon to find a list of participating partners and check back for future updates and instructions on the promotion.