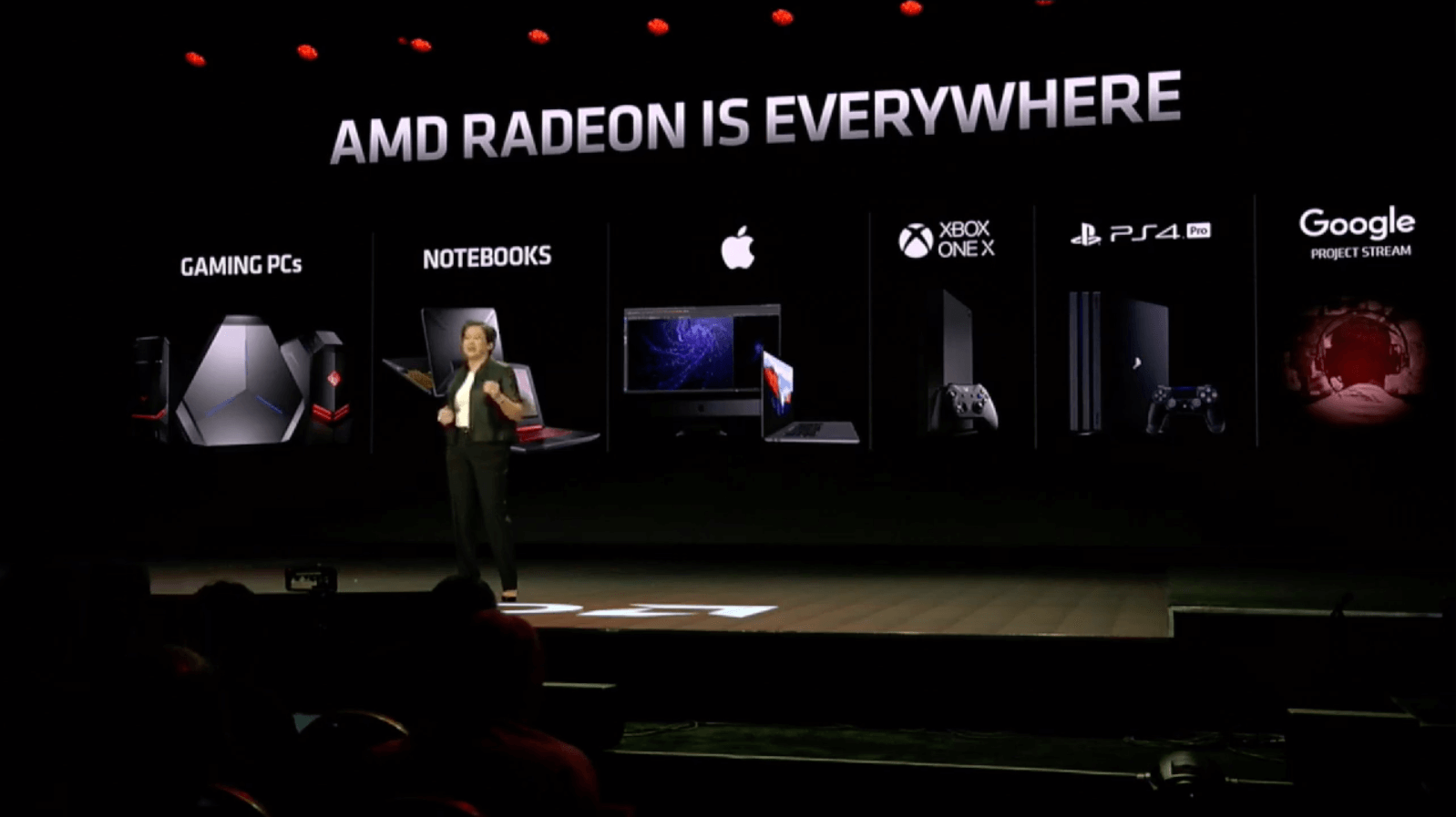 AMD last night had their first ever CES keynote, a historic event where they announced, what we had known for some time Zen2 based Ryzen 3000 is coming in Mid 2019 and it can head-on with whatever Intel has to offer at a better thermal and power envelope.

We already knew about Intel’s 10 nm Plan from a few days backs and it feels like AMD will have free reign of the market for a decent amount of time before Intel has anything to offer.

One of the odd things about AMD’s announcements this show has been the tale of two halves. Normally a company will push out major press release with everything in it. This year AMD discussed its news around Ryzen-3000 series mobile parts and AMD Chromebooks just as the show started, and we were all confused if this was going to constitute what was in the keynote or not – it would seem odd, after all, for the company to pre-announce its keynote announcements. Luckily, AMD has plenty to announce, and it’s all pretty juicy up, CPUs. AMD presented its next generation 7nm desktop CPU, which is the 3rd Generation Ryzen.

The new parts, codenamed Matisse, will be coming to market in mid-2019 (sometime in Q2 or Q3). The processor the company had on display was made from two pieces of silicon on the package: one eight-core 7nm chiplet made at TSMC, and a 14nm input/output with the dual memory controllers and the PCIe lanes, made at GlobalFoundries.

Here are some things that were confirmed by AMD about their upcoming Ryzen 3000 series CPUs :

So on the CPU front AMD’s push is as strong as ever. Ryzen is going from strength to strength and the CPUs are again shaping upto be a massive hit for consumers.

However everything was not so sunshine and roses in the keynote. With Nvidia’s announcement of the 350$ ‘mainstream’ RTX 2060 and tons of leaks claiming a Radeon RX 3080( acc to the leaks would be similar power to the 2070) would be announced to replace the RX 580 and RX 590. We were all led to believe that AMD would save the GPU market from the mad prices of recent releases and we would finally get proper priced GPUs.

But that was simply not the case. AMD did announce a GPU but it was not a Navi it was instead a Radeon VII. The world’s First 7nm Gaming card based on the Vega Architecture. It is fast, yes Packing the same number of cores as Vega 64 but at much higher clocks and double the VRAM. At a price point of 700$, there is very little value in this product. AMD claims RTX 2080 performance, which is very very poor for a product which made on a manufacturing node shrink over the competition. AMD took 7nm and 2years to finally catch up to GTX 1080Ti performance. Not at all good stuff.

At 700$ when many AIB 2080s are also at the same price why would any gamer but this card is beyond me. It has no RTX functionality, no Tensor Cores or AI cores. It would be a massive Compute card with lots of HBM 2 but that does not mean much for gamers. GDDR6 is not a bottleneck for a core that is as powerful as Vega 7nm anyway.

So in conclusion, AMD’s CPU division seems to be still working towards success however Radeon really worries me. Raja Koduri the heart of RTG had reportedly left AMD for growing discomforts with other AMD executives over R&D and priority of projects at RTG and since then AMD has had lackluster track record on the GPU front. As Good as Polaris is , it is a pretty old tech now and AMD needs to replace it. VEGA is very underwhelming for gaming and AMD should also stop trying to make it into something it was not built to be. Its a great card for compute and should be left at that. The keynote assured me the buyers of CPUs in the coming months wont have any problem finding killer deals but GPUs well you are out of luck. Let’s hope 2019 has some positive GPU release from AMD